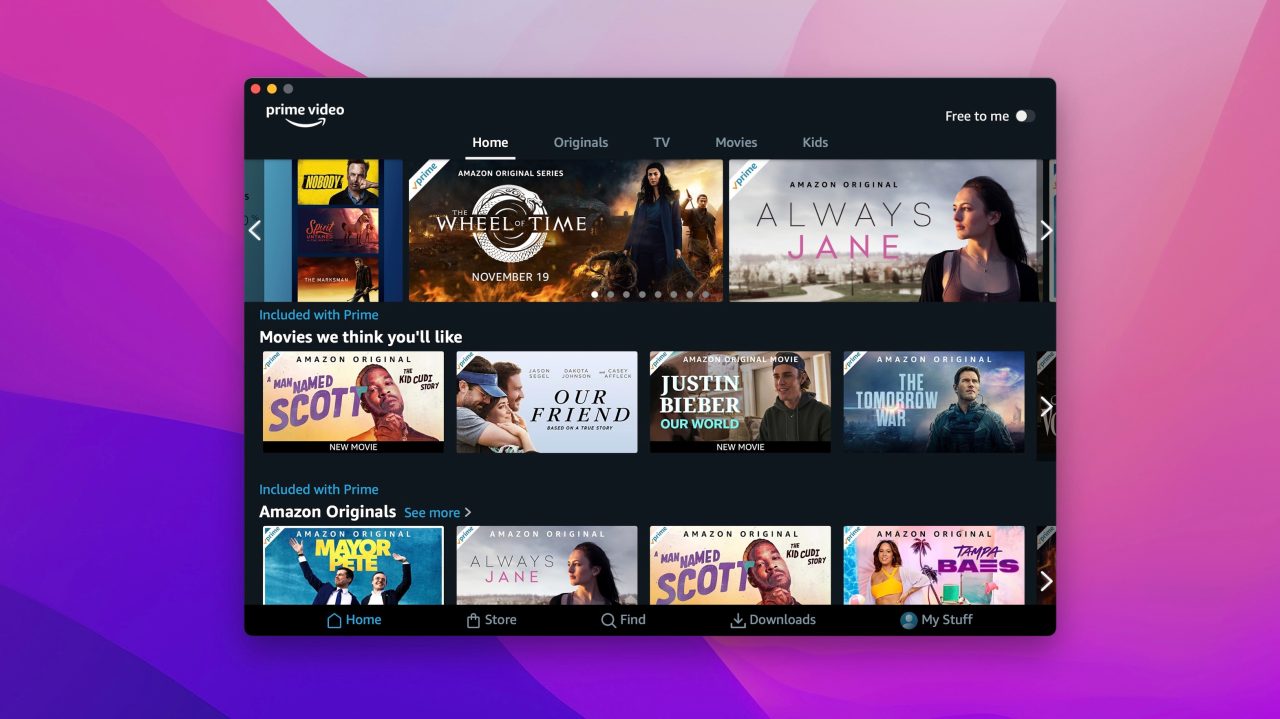 Amazon has announced today that it is rolling out a native macOS app on the Mac App Store. The new application offers the full catalog of Amazon Prime Video content, including support for offline viewing, purchases, and more. Head below for the full details.

The Amazon Prime Video application for macOS includes all of the features you would expect from a modern video streaming service app on the Mac. This includes native Picture-in-Picture support as well as AirPlay support.

Notably, Amazon Prime Video for Mac also includes support for in-app purchases and rentals of movies and TV shows. This means you can complete these transactions directly in the Prime Video application, instead of having to jump out to Safari.

Other features of Amazon Prime Video for macOS include support for Amazon’s lineup of live sports, including Thursday Night Football. The app also syncs across Amazon Prime Video apps on other platforms, allowing you to start and stop on different devices.

Amazon Prime Video for macOS is available on the Mac App Store as a free download. The app appears to have been built using Apple’s Catalyst platform. It is supported on Intel and Apple Silicon Macs with macOS Big Sur or later.