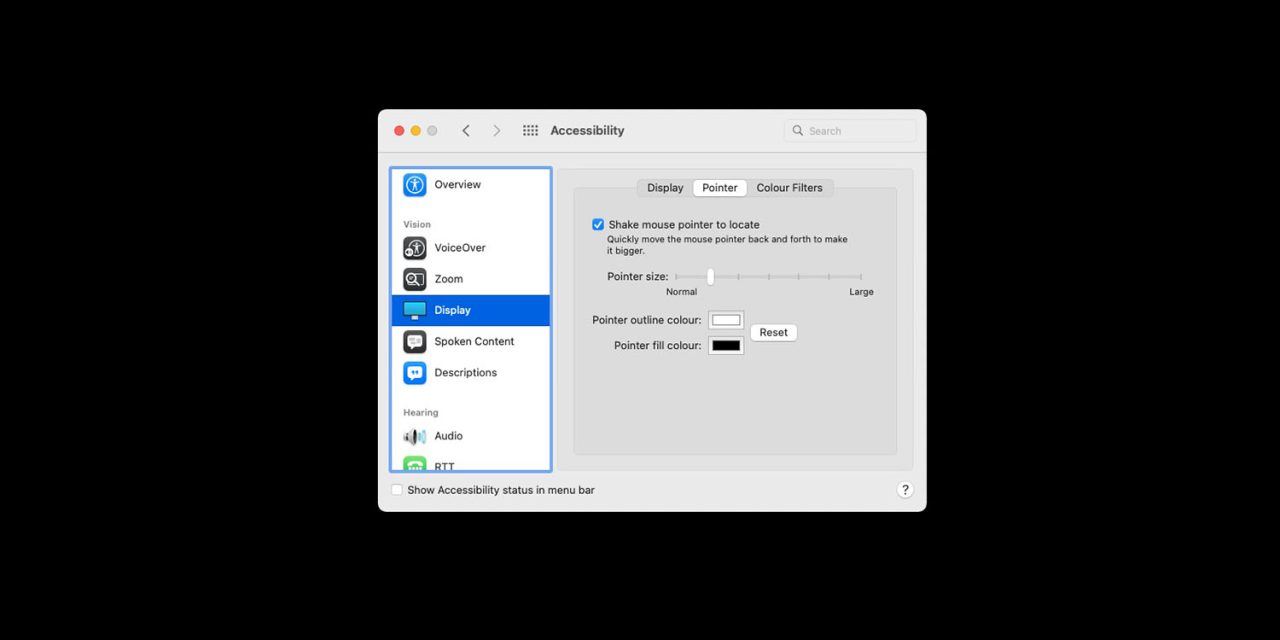 Although the application memory error has been seen for some time, there appears to be a specific bug in macOS Monterey 12.0.1 that has it affecting many more people.

A number of Mac users are seeing an error message: “Your system has run out of application memory.” The error is caused by an app using gigabytes worth of memory – reporting more usage than the Mac has, until it eventually crashes. Culprits include Mail and Final Cut Pro […]

On my M1 Max 16-inch MacBook Pro with 32GB unified memory, it climbed well above 32GB before Mail crashed – in one case indicating more than 100GB. Other users have seen the same thing with other apps.

The bug affects both Intel and Apple Silicon Macs.

Accessibility feature isn’t the only culprit

Almost since we reported the bug, I’ve seen suggestions that one specific accessibility feature is to blame: a larger or higher-contrast pointer.

If you made changes to customize your mouse pointer and specifically the color choice—restore the defaults and compare your results.

This theory first came from Mozilla.

On macOS 12 Monterey, using a non-standard cursor size or colors causes a large memory leak in Firefox. Firefox version 94 includes a fix that reduces the memory leak, but the problem can still occur. The problem has been reported to Apple and a fix is expected in a future update to macOS 12.

Workaround: until a newer version of macOS 12 is available with the fix, use the standard cursor size and colors. In macOS 12 System Preferences, select Accessibility, then Display, then Pointer. Set the pointer size to normal and reset the pointer colors by clicking the Reset button.

This initially seemed plausible to me, because I do have my pointer set to one notch larger than standard to avoid losing it on a large widescreen monitor. I also have the “wiggle to enlarge” feature on.

However, resetting the pointer to standard and restarting made no difference to my machine: the Mail app continued to leak memory. Others affected say the same thing, including people who have never used the feature.

So while this does appear to be the fix for some cases, and is definitely worth trying, don’t believe reports that this is the sole explanation.

Apple did end up doing me an unintended favor: My inability to continue using the company’s own Mail app led to me trying Spark, which I now use not only on my Mac but also my iPhone and iPad.