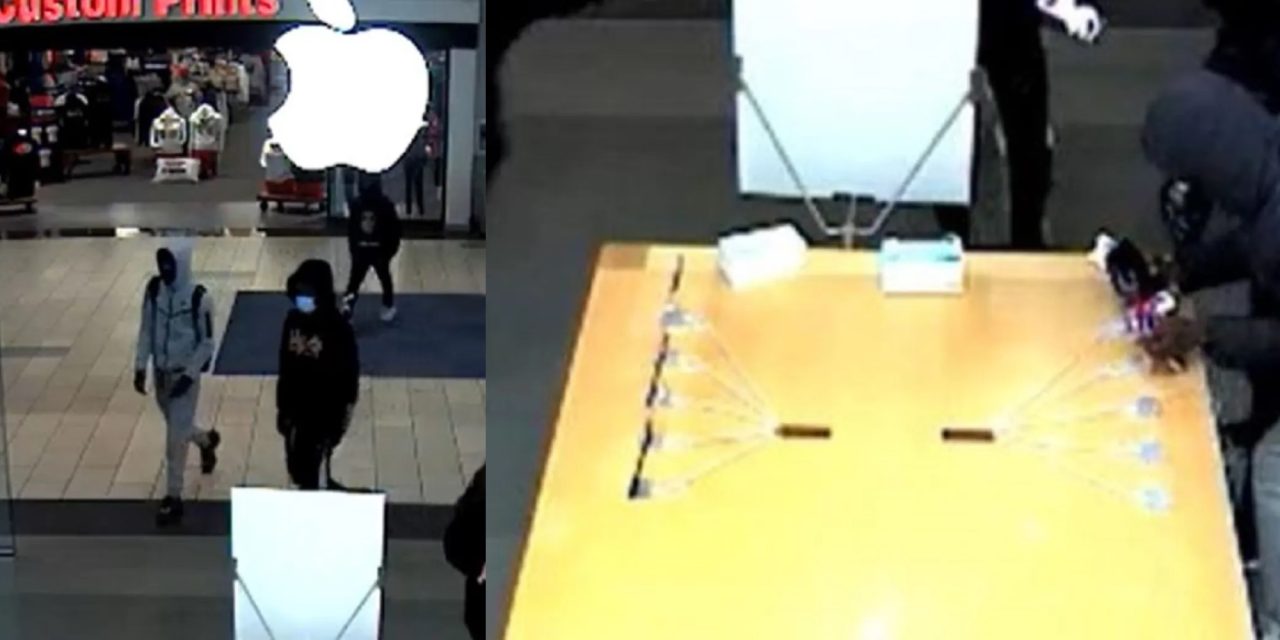 The Santa Rosa Police Department is investigating a recent “smash-and-grab” burglary that occurred this week at an Apple Store in Northern California.

The theft occurred on Wednesday at 11:36 a.m. at Apple Store Santa Rosa Plaza in Santa Rosa, California. According to a local police report, four suspects believed to be aged 14 to 18 were involved in the crime that unfolded during business hours while customers and employees were in the store.

The theft happened just one day before Apple closed its retail stores for Thanksgiving in the United States. The police department says that the suspects managed to escape with over $20,000 in stolen Apple merchandise

What the getaway criminals likely don’t know is that Apple Stores use anti-theft measures to significantly devalue stolen merchandise as part of its effort to deter criminals. What’s also true, however, is that these tricks aren’t widely known and thus less effective for prevention.