iPhone: How to enable and disable iCloud Private Relay in iOS 15 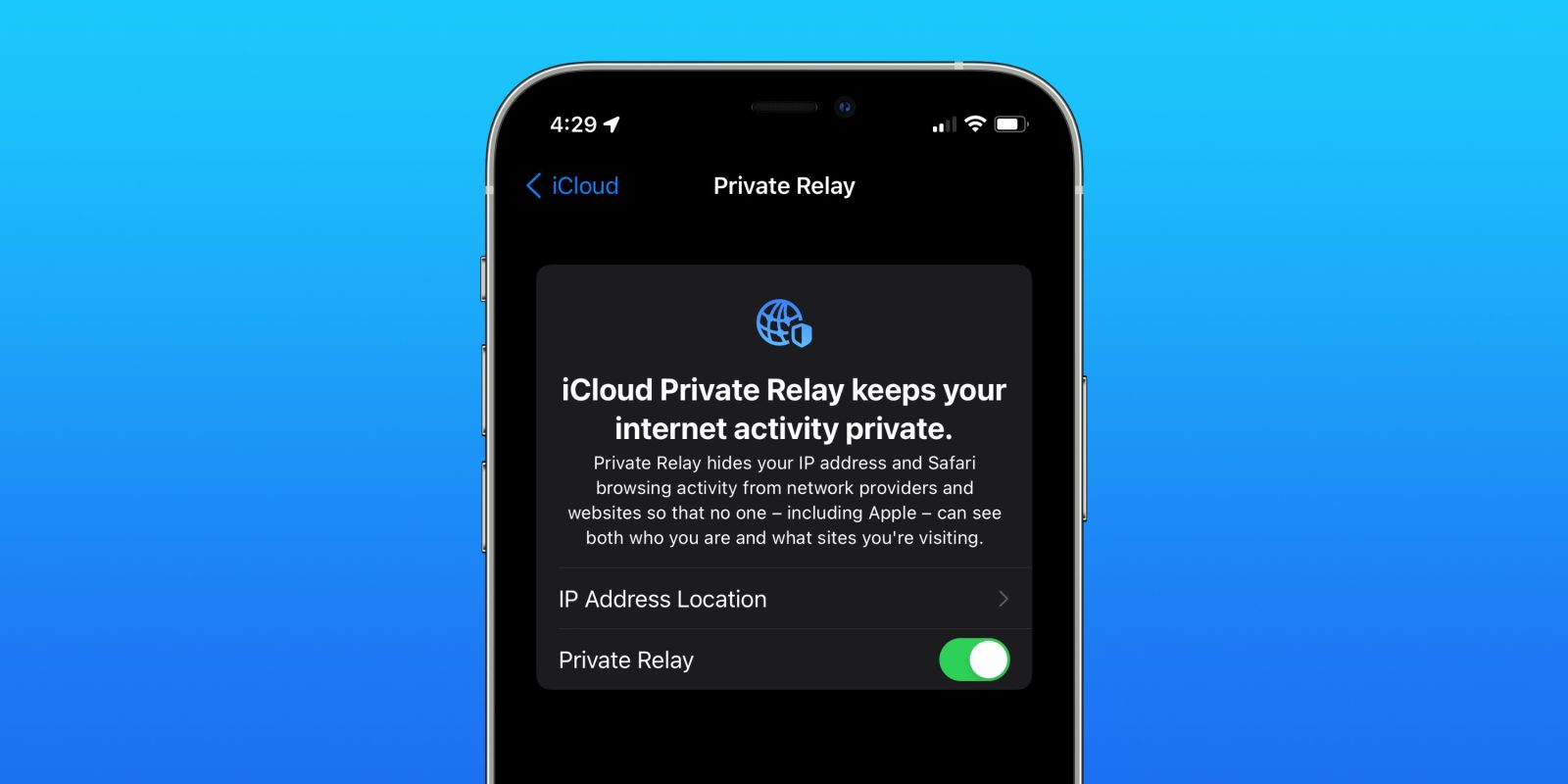 One of the new security features arriving with iOS 15 brings a new level of privacy to web browsing beyond what VPNs offer. But while the feature boasts total encryption, there is a potential downside with keeping it enabled. Here’s how to turn on/off iCloud Private Relay on iPhone and iPad in iOS 15.

Update 12/23: Apple has released a white paper with in-depth details on how Private Relay works. It dives into the dual-hop architecture, how it handles IP addresses, identity, and location, transport and security protocols, coverage and compatibility, and more.

Apple announced iCloud Private Relay as part of its enhanced iCloud+ features at WWDC with the feature live in iOS 15. At face value, it sounds like a VPN, but it’s notably different with the process including “two separate internet relays.” The second relay means even Apple doesn’t know who users are and the sites they’re visiting.

Apple’s VP of software engineering, Craig Federighi, also elaborated more on iCloud Private Relay in an interview, including, “We hope users believe in Apple as a trustworthy intermediary, but we didn’t even want you to have to trust us [because] we don’t have this ability to simultaneously source your IP and the destination where you’re going to–and that’s unlike VPNs.”

iCloud Private Relay is available with iCloud+ and the feature only works with Safari in iOS 15 on iPhone and iPad and Mac with macOS Monterey.

Keep in mind, the two downsides you could see when using the feature is slower internet speeds and some websites may even block access when using Private Relay.

Now you can toggle on/off Private Relay or change your IP address settings.

If you have the feature turned on, Apple gives a detailed warning about what you’re giving up privacy-wise when turning the feature off.

What do you think of iCloud Private Relay, have you been testing it out? If your connection is slower with it enabled, does it feel worth the increased privacy?