PSA: Wordle clone with annual subscription is the latest rip-off to hit the App Store [U: Removed] 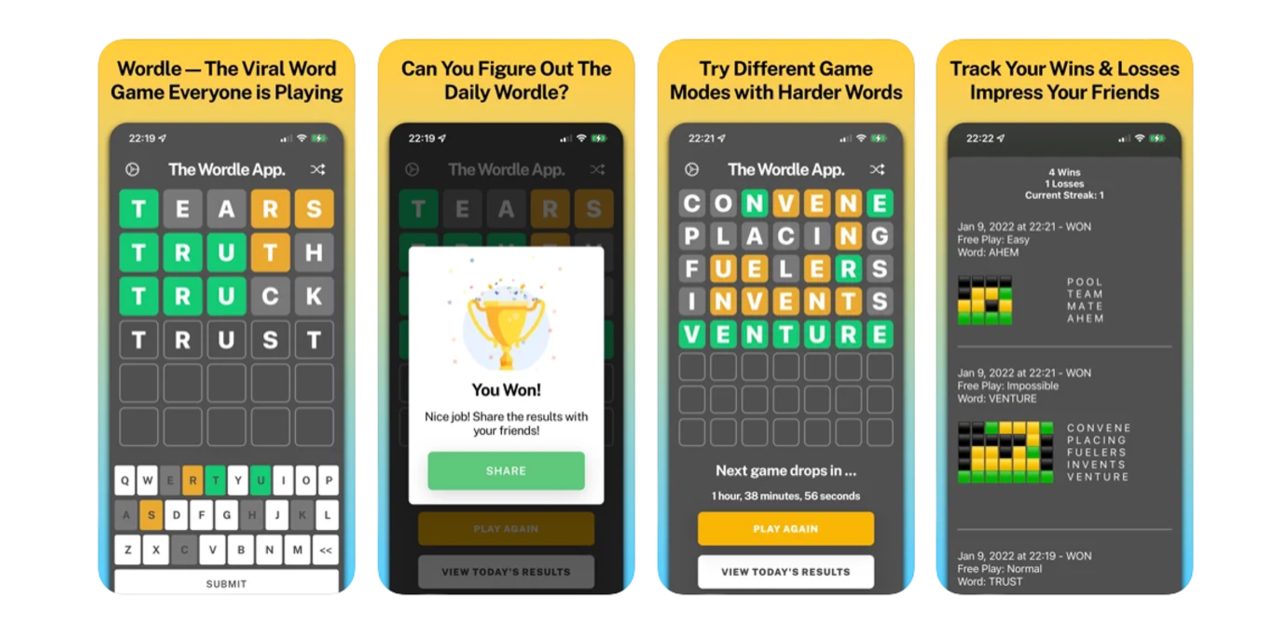 The latest viral craze on Twitter is a word game called Wordle, where players get one chance per day to guess a five-letter word. Somewhat unusually for modern society, this viral sensation is only available as a mobile website, garnering hundreds of thousands of daily hits.

However, it hasn’t taken long for rip-offs of the game to hit the App Store. Here is ‘Wordle — The App’, a direct clone of the game’s format, and using the same name. Whilst the real Wordle is completely free, this copycat version is enhanced with a $30 annual subscription.

The creator of the real Wordle, Josh Wardle, has previously pledged that the game will remain simple and ad-free. Whilst he seemingly doesn’t own trademark ownership of the name ‘Wordle’, it still kinda sucks that the App Store has let the blatant clone rise to the top. Fake Wordle has already amassed tens of thousands of downloads.

And although ‘Wordle — The App’ is the most egregious example with its pricey subscription upsell, there are in fact a handful of other Wordle clone apps on the App Store too.

Unfortunately, copyright infringement and other scams find their way onto the Apple App Store fairly frequently. Just earlier today, a report showed how an app with a $10/week subscription uses fake reviews to boost up its rankings and rake in the dough. Fake review pump and dumps are seemingly common.

In court, Apple has argued that the rate of incidence is low compared to the more than 2 million apps available on the store for iPhone and iPad, with thousands of apps and update approved by Apple reviewers each and every week.

Update: Following the reports, Apple has removed some of the Wordle rip-offs from the App Store.