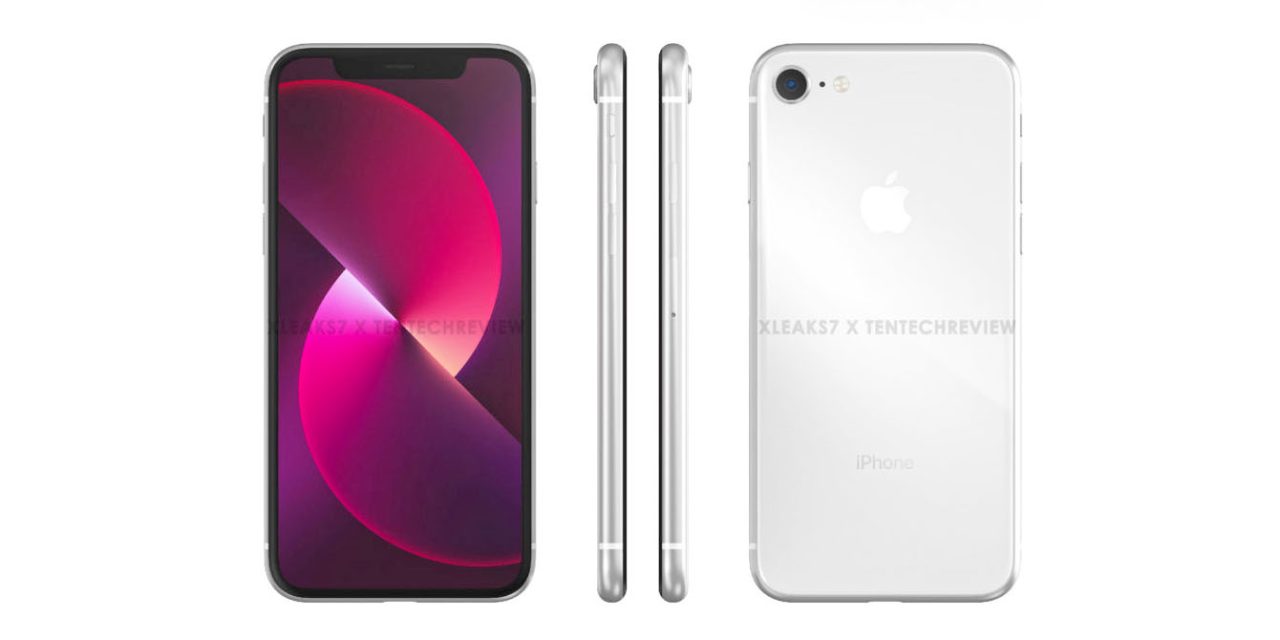 A leaker with a mixed track record has posted some unlikely iPhone SE 3 renders, claimed to be based on leaked CAD drawings …

The renders were posted by David Kowalski, with more on tentechreview.

The rear looks virtually identical to the current model, but the front essentially looks like a copy of the iPhone XR, with an all-screen design matching other modern iPhones.

Today we’ve received beautiful CAD based renders of upcoming Apple iPhone SE 3 2022, thanks to collaboration with David from @xleaks7.

As you see from leaked image above, the overall design remains pretty similar to its predecessor iPhone SE 2020. The back still have a single lens camera and a flash light next to it. Also, a standard Apple logo takes the middle of back cover.

Apple got rid of massive forehead, chin and touch ID button. The front is very similar to iPhone XR, symmetrical bezels with a notch at the top. According to David’s source, the notch isn’t still 100% confirmed, however it’s very likely we’ll see the same notch on released device.

However, this contradicts virtually all previous reports about the upcoming 2022 iPhone SE, which say that the design will be essentially unchanged from the existing model, which is itself based on the iPhone 8.

This includes noted Apple leaker @Dylan, who said that while Apple has planned a future iPhone SE model with an XR-like design, that has been pushed back to 2024. This year’s model will, he says, be the same design as the current one, with only the internals updated to a newer spec.

In a previous tweet from January of 2021, Dylan said that the “next-generation iPhone SE will feature a Touch ID sensor that will be embedded into the power button similar to the newest iPad Air. The design of the iPhone will be similar to the iPhone 11 but with smaller display size.”

Now, the leaker updated this tweet saying the iPhone SE with a “similar design to the XR/11 with a slightly smaller screen size has been pushed back to an expected release of 2024.”

With analysts Ming-Chi Kuo and Ross Young both saying we should expect no significant external design change this year, and Japanese blog Macotakara concurring, it’s extremely unlikely these new renders are correct.

It’s possible they are indeed based on leaked CAD drawings, but for the new design pushed back to 2024 rather than this year’s model.