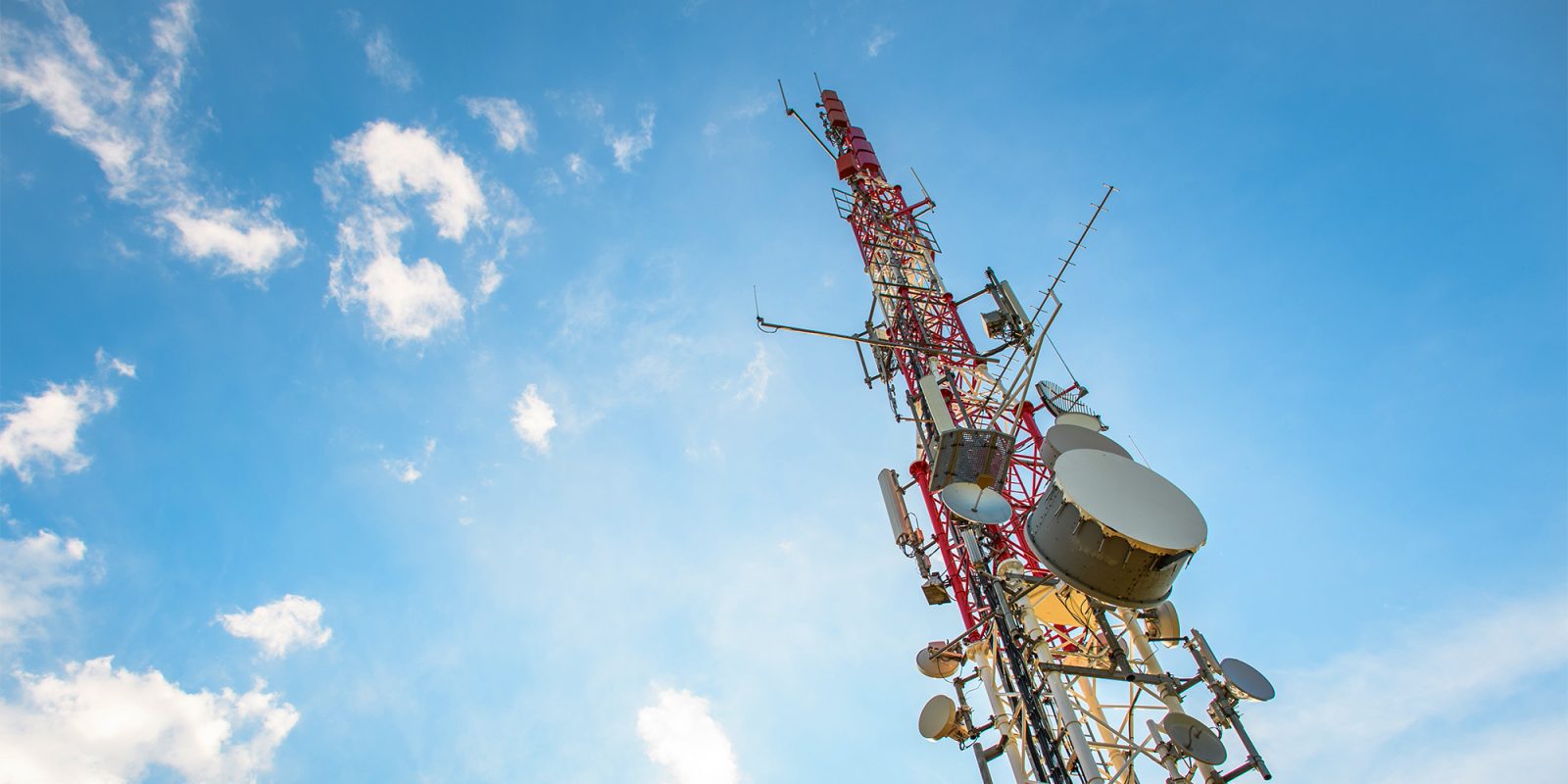 Verizon and AT&T will begin activating 5G C-Band spectrum on January 19 after weeks-long delays to accommodate the U.S. Department of Transportation. Despite these delays, eleven airline CEOs have penned a critical letter to the DOT and chief executives at both companies to describe an “economic calamity” that will occur on Wednesday.

FCC down with 5G

The Federal Communications Commission auctioned 5G C-Band spectrum a year ago. Verizon and AT&T collectively spent $69 billion for licenses last February. Both carriers were cleared to start using the newly available spectrum for expanded 5G networking capabilities before the end of 2021.

What followed is a late complaint by airline executives to the Department of Transportation about concerns over airplane safety equipment performance near 5G C-band towers. The two carriers agreed to a month-long delay before activating their licenses spectrum. An additional round of delays followed, but both carriers are cleared to activate 5G C-band on Wednesday.

Meanwhile, CEOs from eleven major airline companies wrote to the Department of Transportation this week to paint a dark picture of what the rest of their week looks like after 5G C-band goes live.

We are writing with urgency to request that 5G be implemented everywhere in the country except within the approximate 2 miles of airport runways at affected airports as defined by the FAA on
January 19, 2022. […]

First, we understand that most of the 50 large airports that were identified by the FAA for relief will still be subject to flight restrictions on January 19. The FAA’s statement yesterday minimizes the fact that they are not granting relief to airports that are used by most of the traveling and shipping public. Unless our major hubs are cleared to fly, the vast majority of the traveling and shipping public will essentially be grounded. This means that on a day like yesterday, more than 1,100 flights and 100,000 passengers would be subjected to cancellations, diversions or delays.

Second, flight restrictions will not be limited to poor weather operations. Because radio altimeters provide critical information to other safety and navigation systems in modern airplanes, multiple modern safety systems on aircraft will be deemed unusable causing a much larger problem than what we knew on January 5, 2022. Airplane manufacturers have informed us that there are huge swaths of the operating fleet that may need to be indefinitely grounded. In addition to the chaos caused domestically, this lack of usable widebody aircraft could potentially strand tens of thousands of Americans overseas.

The letter, first reported by Reuters, goes on to say that “the nation’s commerce will grind to a halt.”

Given the short time frame and the exigency of this completely avoidable economic calamity, we
respectfully request you support and take whatever action necessary to ensure that 5G is deployed
except when towers are too close to airport runways until the FAA can determine how that can be safely accomplished without catastrophic disruption.

With economic calamity and catastrophic disruption promised, the rest of the week might be the biggest for 5G C-band spectrum yet.

At our sole discretion we have voluntarily agreed to temporarily defer turning on a limited number of towers around certain airport runways as we continue to work with the aviation industry and the FAA to provide further information about our 5G deployment, since they have not utilized the two years they’ve had to responsibly plan for this deployment. We are frustrated by the FAA’s inability to do what nearly 40 countries have done, which is to safely deploy 5G technology without disrupting aviation services, and we urge it do so in a timely manner. We are launching our advanced 5G services everywhere else as planned with the temporary exception of this limited number of towers.

As the nation’s leading wireless provider, we have voluntarily decided to limit our 5G network around airports. The Federal Aviation Administration (FAA) and our nation’s airlines have not been able to fully resolve navigating 5G around airports, despite it being safe and fully operational in more than 40 other countries.

I’m an airline captain for a subsidiary of American Airlines, and I have 2213 hours of total time at the airlines. Visibility and low-approaches are just a part of the issue — it’s what the media is talking about almost exclusively. On the aircraft I fly, however, Radar Altimeters feed data to multiple sub-systems, and these are where the real concern lies. I’ll give you a few examples:

Windshear Guidance and Avoidance – Multiple systems on the airplane are constantly calculating the risk of windshear. Windshear (by means of a microburst) was the primary cause of Delta 191 in 1985. That crash claimed 138 souls. Since this crash, much has been done to learn and mitigate the risks of windshear. In our aircraft, the Radar Altimeter engages an enhanced sensitivity of windshear conditions below 2,500 feet from the surface — when you’d be in the take-off or landing regime.As of this moment, we are prohibited from operating at airports where both Windshear is forecast, predicted, or implied and a 5G notam exists.

Ground Lift Dumping – Our ground spoilers are also based upon Radar Altimeter input. Ground spoilers (GLD’s) are panels that rise on the top of the wings and cancel much of the lift the wings produce out. They deploy on touch-down to make the wings less effective, which transfers more weight from the wings to the tires, and makes the breaks more effective. If the Radar Altimeter receives erroneous data, we may not get GLD deployment. This can increase our landing distance by almost 50%. Due to rules on how much runway we can plan to use (safety margins), this in turn means many airports may no longer be usable in certain conditions (wet, snow, or inoperative thrust reverser).

Traffic Collision and Avoidance Systems – TCAS is a system that allows airplanes to see and avoid other airplanes. If two airplanes lose separation, TCAS talks amongst the two aircraft and issues separate commands (Ex: One is told to climb, the other is told to descend). TCAS is inhibited by the Radar Altimeter as many airports have simultaneous approaches. This means separation is intentionally lost in highly controlled environments to permit multiple aircraft to land and depart adjacent runways simultaneously. In the same instance, Radar Altimeters provide the data for when these inhibits occur. Otherwise, it would be impossible to permit multiple approaches without getting an “RA” (Resolution Advisory) — under which it is the legal obligation of a pilot to follow the command, regardless of whether it’s suspected of being a false command or not.
All that to say, low-visibility approaches are of the tiniest concern. They’re not used that commonly and when they are much of the above is already mitigated. Simultaneous CAT II and III approaches don’t happen often, windshear conditions don’t happen in low visibility save for blizzards and convective thunderstorms (where we don’t operate anyway), and in almost all cases GLD’s have to work to make a CAT II or III work.

The issue is far more complex, and domestic carriers have implemented their 5G systems far differently than European counterparts. The true concern also exists that the data is not available on the use of onboard 5G devices attempting transmission at low altitudes (you intentionally or unintentionally forget to put your phone in airplane mode) and how that will affect these various subsystems.

It’s difficult to decipher how much of the letter from airline CEOs is hyperbole, but it’s harder to imagine additional delays to 5G C-band spectrum being used.

A common argument in favor of moving forward with 5G C-band is that it’s already live in Europe without disruption to airlines. There also doesn’t appear to be hard data pointing to airline safety equipment malfunctioning from 5G interference. That seems very important to this story.

It’s understandable that the FCC and DOT aren’t on the same page when it comes to 5G, but the time to address these issues should have been before the spectrum auction last year. Now we wait with bated breath to learn what happens next.