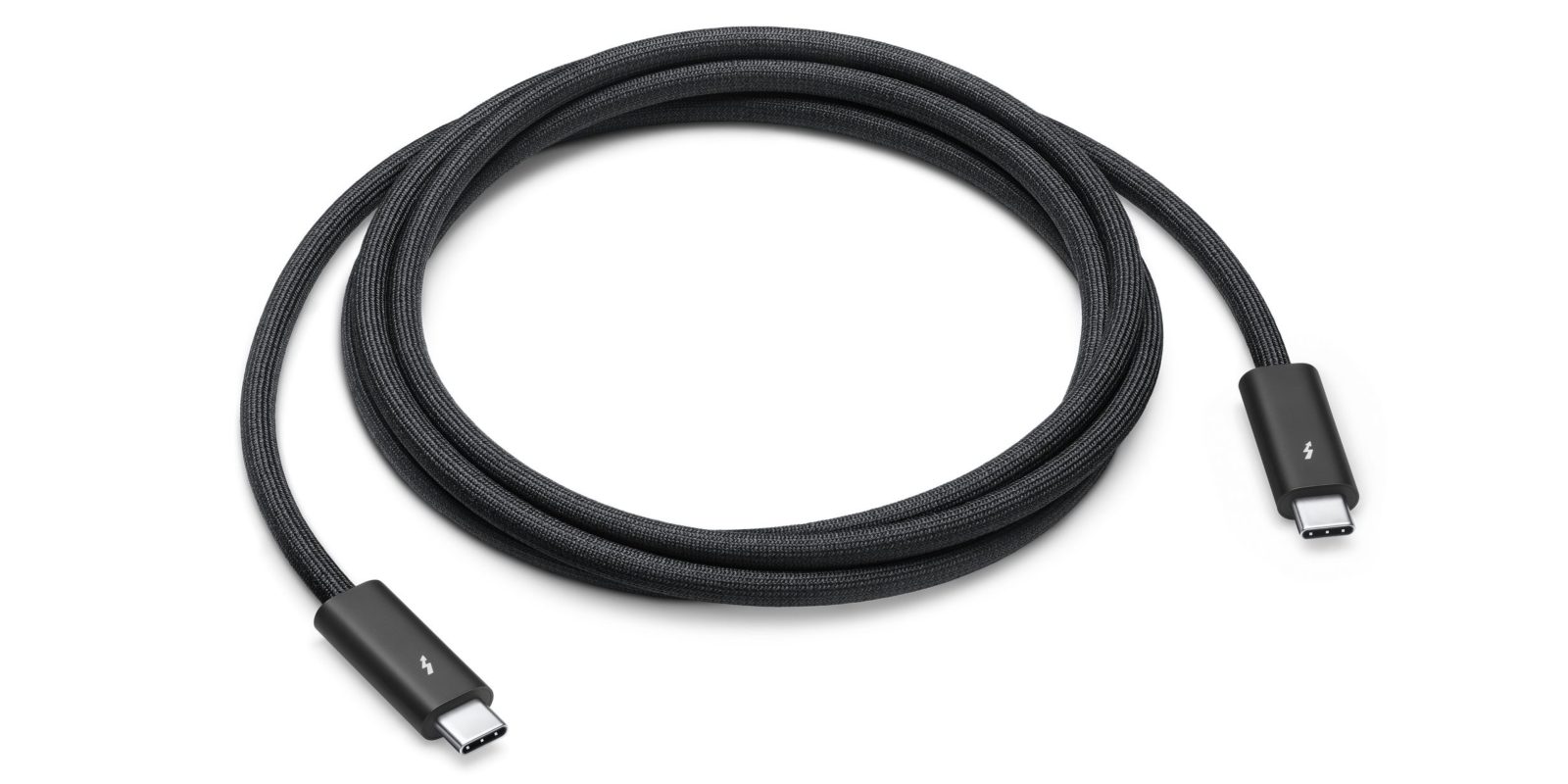 The Mac Studio doesn’t ship with a Thunderbolt cable in the box, but the Studio Display does. Apple includes a 1-meter cable with its new $1599 5K display, which is significantly shorter than the sold-separately cable option.

In addition, Apple has an upcoming Thunderbolt 4 Pro Cable that’s nearly 10 feet long. That cable, which is marked as coming soon, will retail for $159.00.

Here’s a look at Apple’s highlights for the Thunderbolt 4 Pro Cable:

If you already have existing high-quality Thunderbolt 3 cables, like the one included with Apple’s Pro Display XDR, there should be nothing preventing you from using those to connect to the Mac Studio and Studio Display. Apple’s new cables feature a similar high-quality braided design and high-quality connectors that could differentiate it from your existing cables. Apple still sells a standalone Thunderbolt 3 cable, although it’s significantly shorter in length and comes in a standard white, non-braided design.

A much longer 3 meter cable in the works

More interestingly, Apple is offering a super-long 3-meter option, which will be very ideal for setups that benefit from longer cable runs. I definitely plan on picking up the 3-meter cable once it becomes available.

In addition to the new Thunderbolt 4 Pro cable, Apple also has new Magic accessories. There are silver and black standalone options for the Magic Mouse, Magic Keyboard, and Magic Trackpad to celebrate the release of new Mac hardware.

What do you think about the new Thunderbolt 4 Pro cable? Sound off down below with your thoughts.