Receive a text from yourself? It’s definitely spam [U] 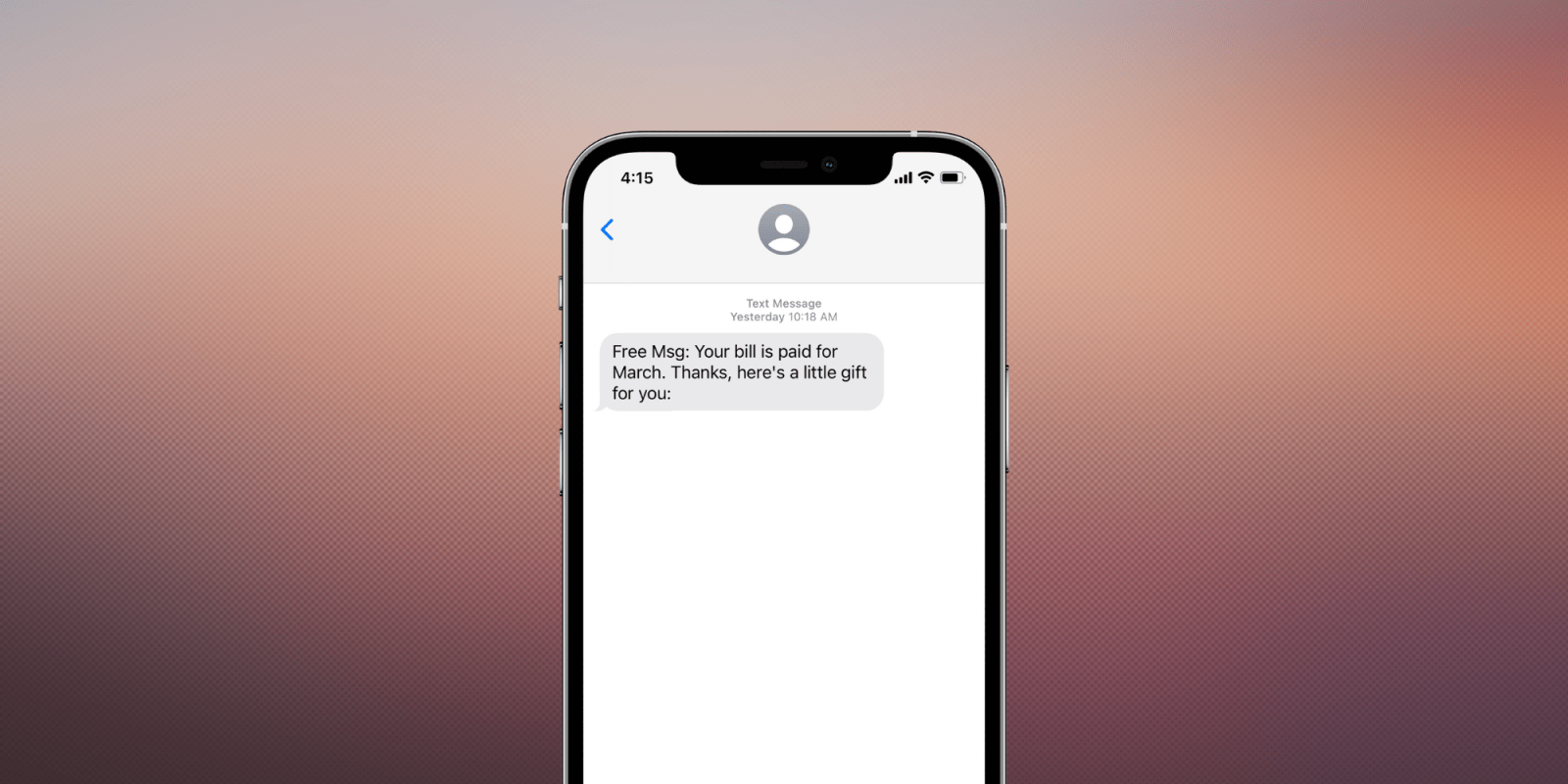 Update: Verizon spokesperson Richard Young commented on the situation in an email to The Verge: “Verizon is aware that bad actors are sending spam text messages to some customers which appear to come from the customers’ own number. Our team is actively working to block these messages, and we have engaged with US law enforcement to identify and stop the source of this fraudulent activity. Verizon continues to work on behalf of the customer to prevent spam texts and related activity.”

Recently, a slew of people have been receiving spam text messages about their carrier bill – myself included. The message, which says your bill has been paid, includes a link to “a little gift for you.” Most users have also reported the text message has been coming from their own personal phone number.

It’s also been a frequent occurrence for Verizon and Visible (Verizon’s MVNO) customers on Reddit. Twitter users have also been complaining to Verizon Support. I have seen Verizon Support reply to some users, and they seem to be tackling this on a customer-to-customer basis. The company, as well as other carriers, have yet to make any statement on this issue.

If you do get one of these messages, you aren’t alone. While the text may seem legitimate, it is not. You can either forward the message to SPAM (7726), or you can simply ignore it. Do not click the link as this is a “smishing” scam. Smishing is a text message scam that seeks to steal your personal information.

The Verge spoke to Verizon and reports that if you are worried about these texts, you can file a complaint with the FCC. There is a section of complaints called “Your Number Is Being Spoofed” in which you can report this issue.

This issue has been going on for some time now. With the vast amount of people receiving these spoof messages, it’s unfortunate that this is still unresolved. What are the carriers going to do about this? There isn’t much customers can do to resolve the problem as this is something these companies need to handle.

Have you been receiving these spam text messages as well? If so, are the messages from your number or from another number? Let us know down in the comments.