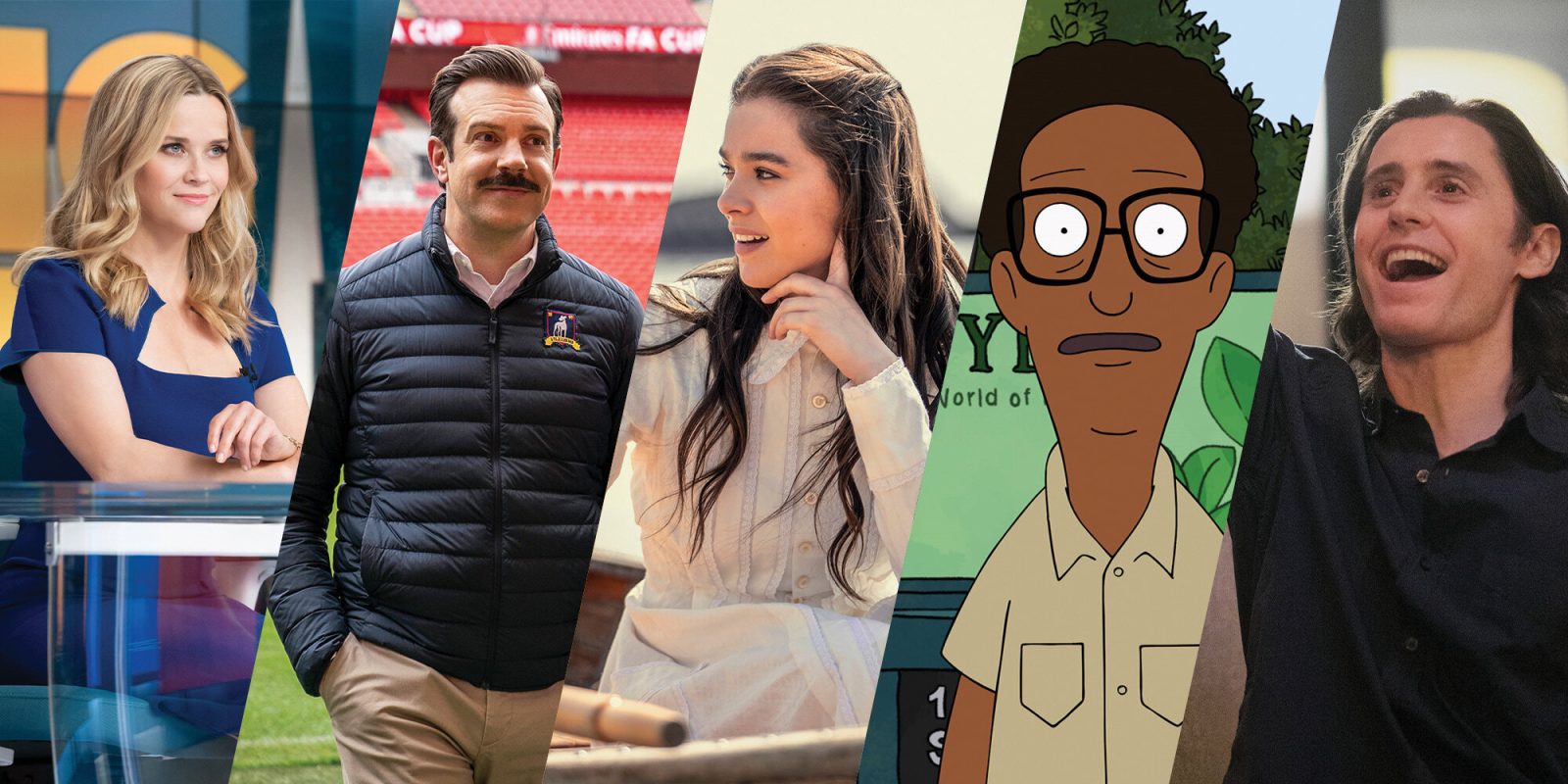 Apple TV+ is already praised for quality over quantity. With more than 200 award wins and almost 1,000 nominations in over two years, Apple TV+ shows are also worth listening to. Here are five productions to check out that are great to watch and also feature banger soundtracks on Apple Music.

Dickinson is one of the first Apple TV+ shows to premiere. It tells the story of the young poet, Emily Dickinson, by exploring the constraints of society, gender, and family from her perspective. Set in the 19th century, the series features lots of new and amazing songs, which sometimes have an old-fashioned sound. “Off the Radar” by Noga Erez is a personal favorite. You can find the full soundtrack of the show below.

Before Ted Lasso, there was The Morning Show. The Apple TV+ original just finished its second season and the soundtrack has been amazing so far. The production tells the story of a journalistic morning show that sees itself in the middle of news after a scandal about one of its hosts. Take a listen to the second season soundtrack below.

Ted Lasso is an award-winning Apple TV+ show. Not only did it help put Apple’s productions in the spotlight, but it’s also a very tender show. Like a nice walk on a fall afternoon or drinking hot chocolate in the cold weather, Ted Lasso also bets on a powerful soundtrack to combine the environment of the show, as you can listen to it below.

Who doesn’t love original songs? Central Park is an animated musical comedy about the Tillermans, a family that lives in Central Park. Owen, the park manager, and Paige, his journalist wife, raise their kids Molly and Cole in the world’s most famous park. This is a must-watch and listen-to show, and you can find the season one soundtrack below.

While you can’t see Jared Leto performing on Apple TV+’s latest show, you can listen to a banger soundtrack. WeCrashed tells the story of WeWork’s foundation and the man behind it, Adam Neumann. The limited series is currently on air on Apple TV+ and it’s worth checking out not only for the story itself but also for this great soundtrack. Also, who wouldn’t buy a private jet after listening to “Roar” by Katy Perry?

These are only five of the many Apple TV+s available to watch. Users can discover all the soundtracks of Apple Originals on Apple Music.

Personally, I also think it’s worth noting what a nice soundtrack Trying (2020) has. If you like musicals, Schmigadoon! (2021) is another must-listen-to soundtrack.

What’s your favorite soundtrack by an Apple TV+ show? Share your thoughts in the comment section below.