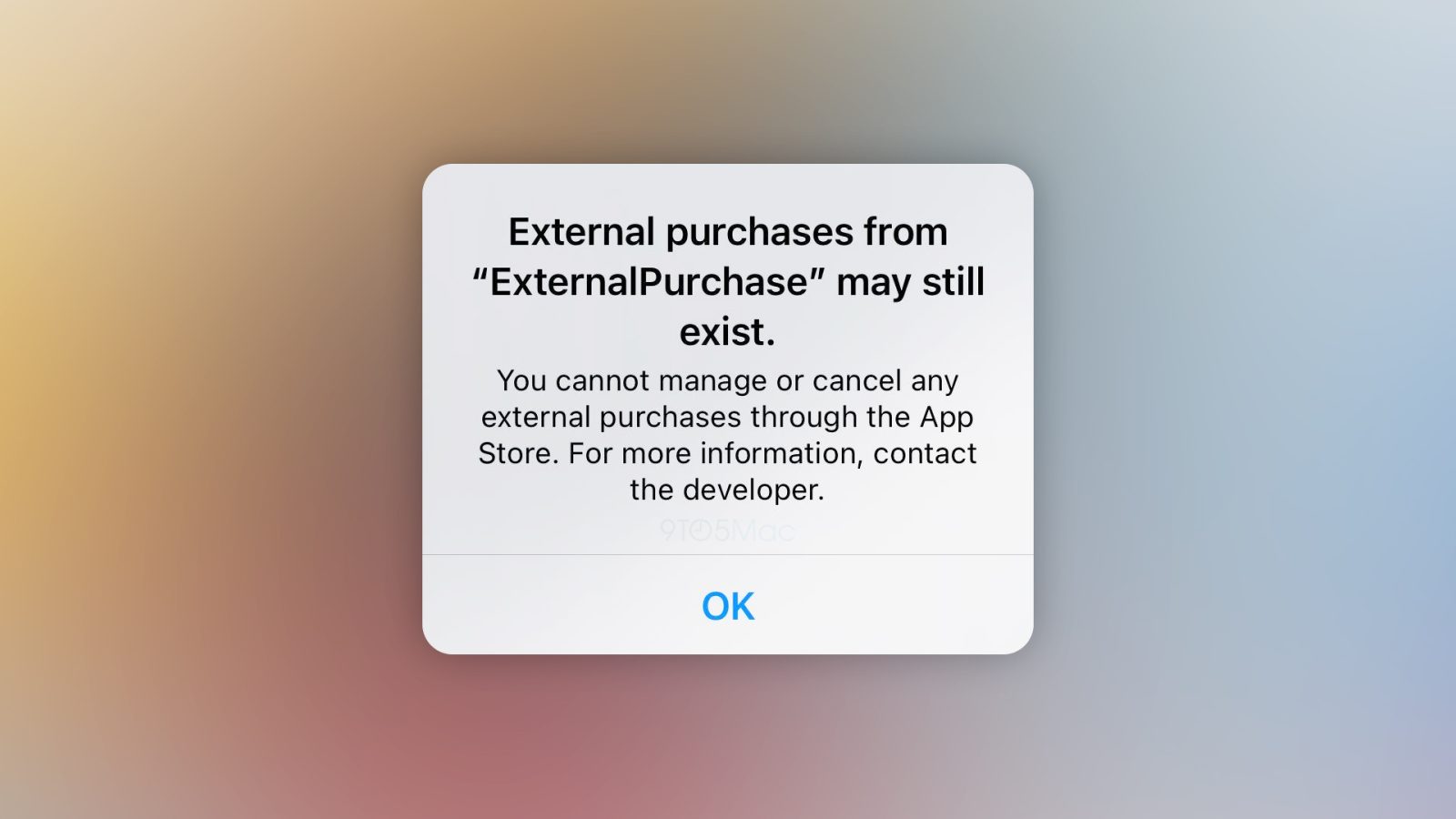 Apple was recently required to let developers redirect users to third-party payment platforms instead of using the App Store’s in-app purchases system. Now 9to5Mac has discovered that the iOS 15.5 beta adds support for apps with external purchases following the announcement of a new entitlement option for “reader apps.”

The latest beta version of Apple’s operating system has full support for the new entitlement used by apps to indicate that they let users make external purchases. For instance, if the user deletes an app that offers external purchases, iOS will show an alert saying that it is not possible to manage purchases and subscriptions through the App Store.

While the App Store lets users manage all their purchases in a single place, Apple has no control over what users buy outside of its platform – so it’s important to have a reminder to users.

Internal iOS code analyzed by 9to5Mac also shows that Apple is implementing another alert that will show up when the user opens an app that offers external purchases for the first time. However, it’s worth noting that this feature won’t be available for every app.

The App Store guidelines make it clear that “External Link Account Entitlement” is only available for “Reader apps,” which are apps that offer digital content such as magazines, books, songs, or video. Another requirement is that the app can’t offer in-app purchases using Apple’s platform. Still, each request must be approved by Apple.

In the Netherlands, dating apps can continue to use Apple’s in-app purchases system along with a third-party payment system or an external link due to a requirement from the Dutch regulator.

There’s no word on when iOS 15.5 will be released to the public.