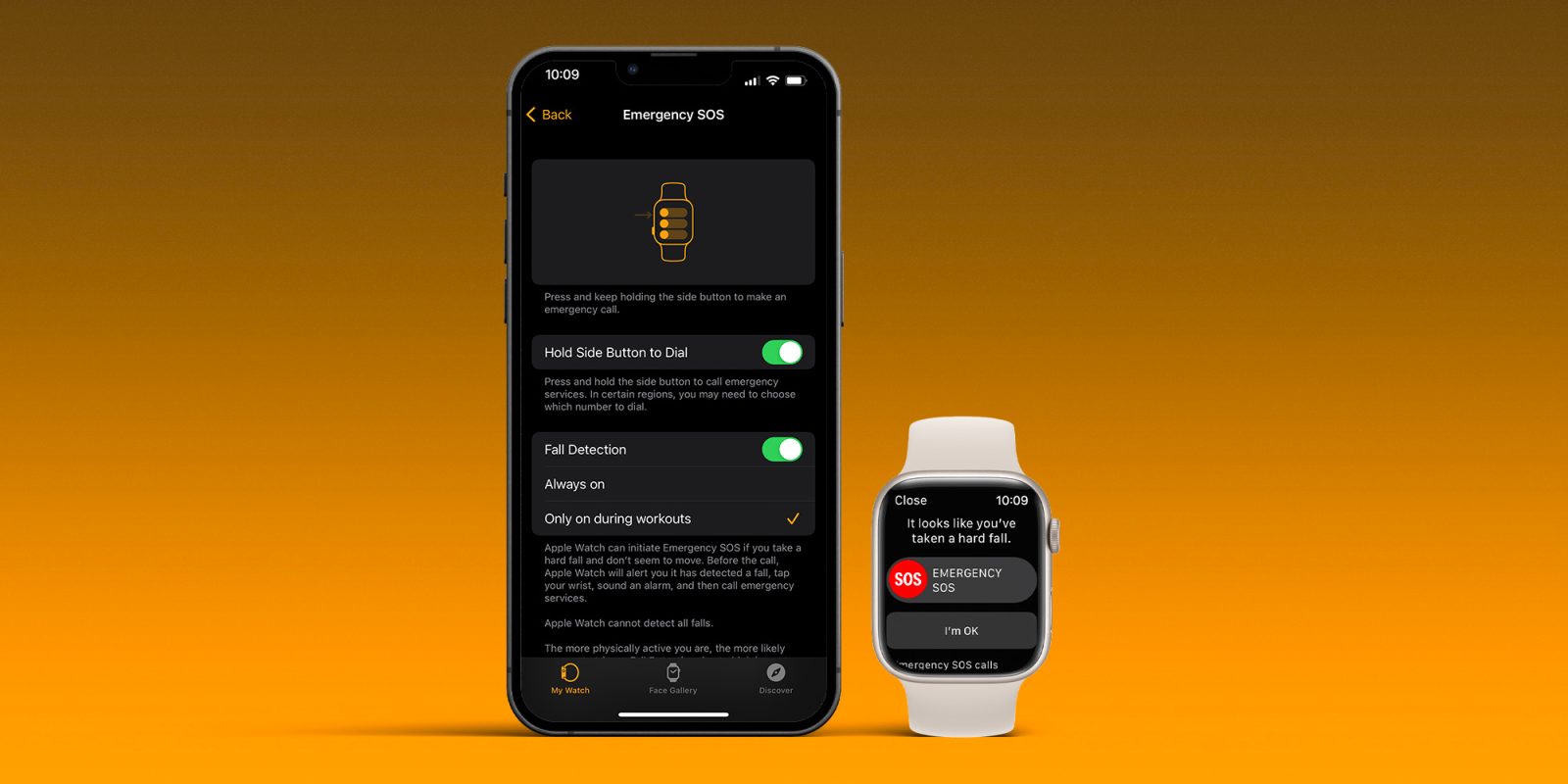 A police officer on Reddit shares their experience answering an emergency call from an Apple Watch via fall detection. The call was to an elderly woman’s home and the officer says the feature was “cool to see it in action.”

While the officer knew about the fall detection, this was their first experience with the feature.

I was sitting in my police vehicle writing up a previous file when my dispatcher goes over the air. I get dispatched to a call that we received from an Apple Watch due to its fall detection feature. History on the residence doesn’t come back with anything and all callbacks were negative.

Once the officer got to the residence, they knocked and didn’t receive an answer. “Through the glass panes I notice pictures of a family but mostly of an elderly women, so to me I kind of thought that’s who lived here.”

The door luckily was unlocked. I opened it, announced myself, and I just heard groaning. I ran upstairs and found the elderly lady laying on her back, half her face covered in blood.

After the officer called emergency services for medical attention, the woman proceeds to tell the officer that she fainted and didn’t know that her Apple Watch had called the police for her. “[S]he is now being medically treated and will make a full recovery.”

Other users have commented with their own experiences with the fall detection feature. Reddit user Dont_Hate_The_Player states:

Not nearly as dramatic but I once took a bad spill off my skateboard. Apple watch detected the fall and offered to dial emergency services ( I declined because I was ok aside from some cuts and bruises.) Truly an under rated feature that you don’t appreciate until you need it.

Fall detection arrived with the Apple Watch Series 4. If an Apple Watch SE or Series 4 or later detects a hard fall while you’re wearing it, the watch will tap you on the wrist, sound an alarm, and display an alert. You can call emergency services if you want to or dismiss by pressing the Digital Crown and tapping “I’m OK.”

If the watch detects that you haven’t been moving for around a minute, it will make the call automatically. When the call ends, your watch alerts your emergency contacts with your location and lets them know you’ve fallen and called emergency services.