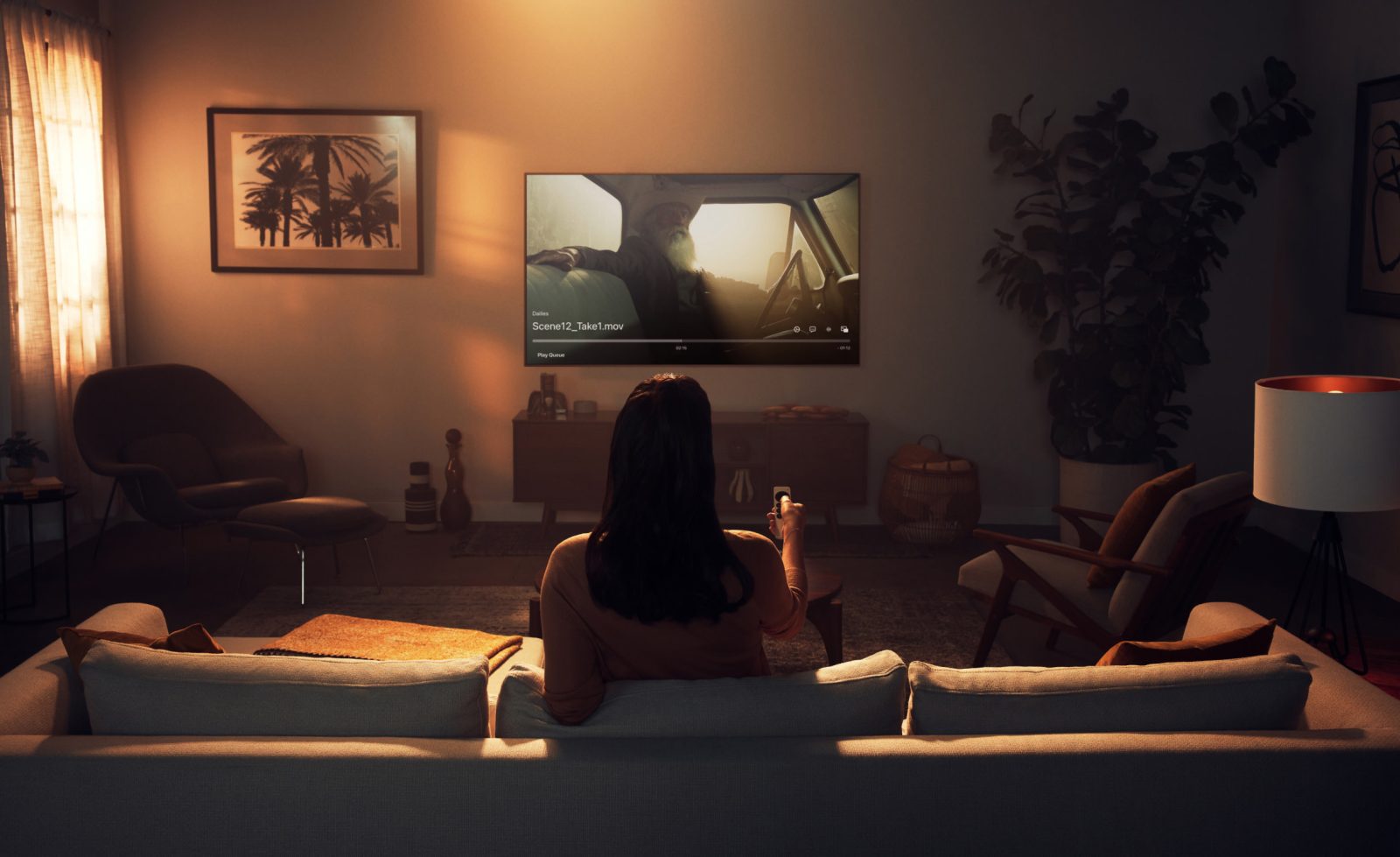 The popular cloud-based collaborative video editing platform Frame.io, which is now part of Adobe, this week announced a series of updates for its users. For instance, the platform now has a companion app for Apple TV as well as integration with FiLMiC Pro.

For those unfamiliar, Frame.io is an online platform that lets video editors easily work in groups with comments, annotations, and approval requests. Now Adobe, which owns Frame.io, is bringing that experience to Apple TV with a new tvOS app.

With the app, professionals can now easily watch 4K HDR clips on TV with just a few clicks. There are also options to review and approve videos directly from the tvOS app.

Open your secure Frame.io Enterprise Inbox in the new Apple TV app and start watching 10-bit 4K HDR content on any big-screen television. Simply use the Apple remote to jump between clips in your inbox, loop clip playback to take a closer look, or autoplay through an entire folder of dailies.

However, this is only one of the new features added to the platform. Frame․io is now compatible with the popular mobile camera app FiLMiC Pro, so users can film and upload videos directly to the cloud platform using a lightweight codec. A similar feature has also been announced for selected DSLR cameras from ARRI, Panavision, RED, Canon, and Sony.

Following the acquisition by Adobe, Frame.io is now fully integrated into Adobe Premiere Pro and Adobe After Effects. However, it’s unclear whether the platform will keep support for Apple’s Final Cut Pro.

Frame.io for tvOS is now available on the App Store. More details about the update can be found on the platform’s website.