iPad mini 6 now $99 off in Monday’s best deals, plus Magic Keyboards from $249 and more 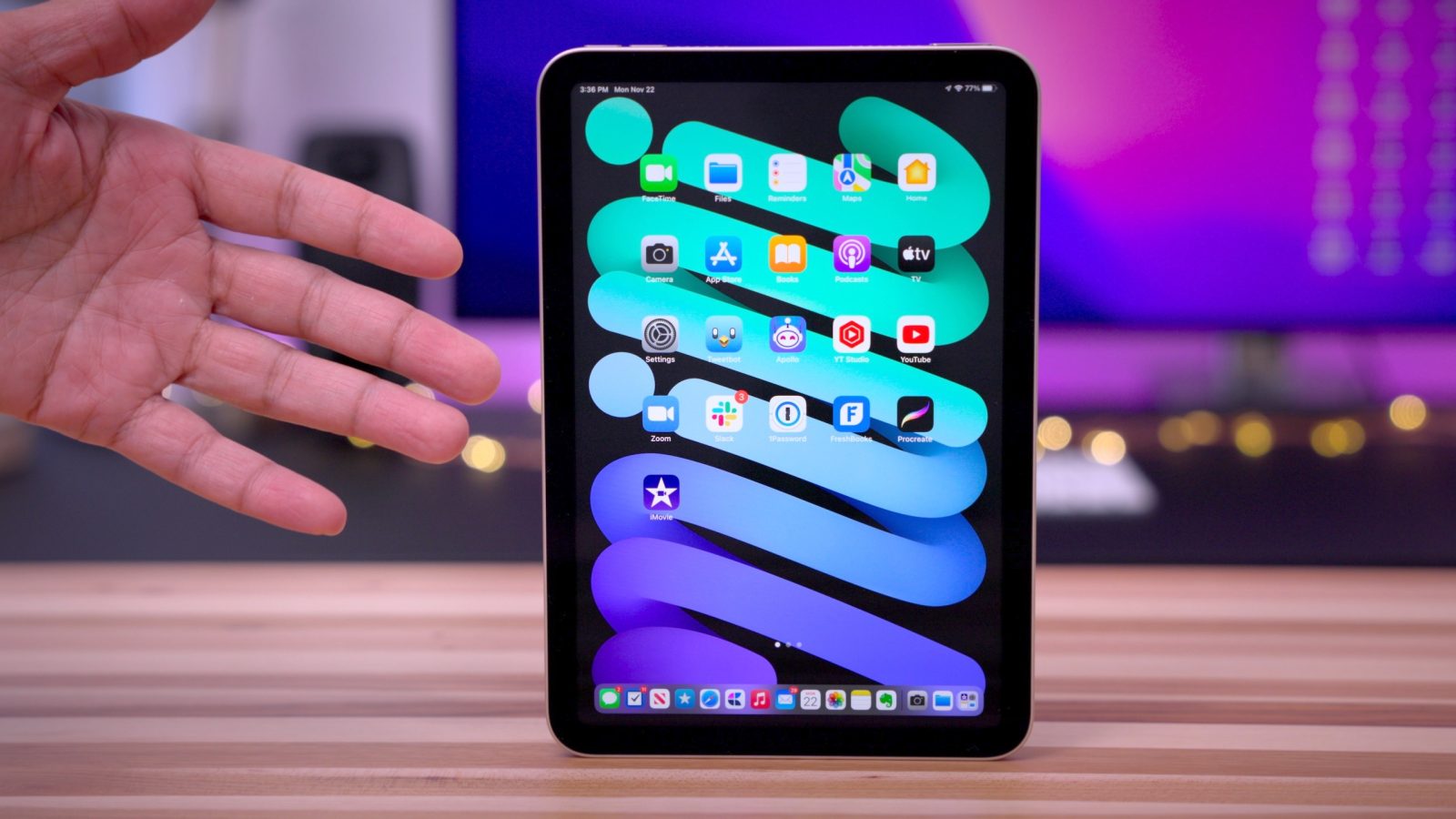 All of this week’s best deals are now live for Monday with a trio of notable Apple discounts now up for grabs. Leading the way is a new Amazon all-time low on Apple’s latest iPad mini 6 at $99 off to go alongside white iPad Pro Magic Keyboards starting at $249. That’s on top of Belkin’s 2-in-1 MagSafe 15W charger for $80, as well. Hit the jump for all that and more in the latest 9to5Toys Lunch Break.

Amazon is now kicking off the new work week by launching an all-time low on Apple’s latest iPad mini 6. Right now, you can score the entry-level Wi-Fi 64GB configuration for $400 in three different styles. Normally fetching $499, this markdown is well below our previous $469 mention from last month and amounts to $99 in savings to claim that best price yet status.

Apple’s latest compact iPadOS experience arrives as the new iPad mini 6. It may be the smallest one in the lineup, but still delivers many of the signature features you’d expect like an edge-to-edge 8.3-inch Retina display and Apple Pencil 2 support. Throw in the A15 Bionic chip and Touch ID in the power button to complete the package. I’m a recent convert myself, and I have been absolutely loving the compact form-factor. Don’t just take my word for it, as our hands-on review notes just how perfect its size is without sacrificing on performance. Head below for more.

Amazon is now offering Apple’s white Magic Keyboard for 12.9-inch iPad Pro at $299. While you’d more regularly pay $349, today’s offer amounts to $50 in savings while marking the third-best price to date at within $10 of the all-time low. Designed for the latest iteration of 12.9-inch M1 iPad Pro, the new white version packs all of the same features as the previous model. This time around for Magic Keyboard there’s just a fresh coat of paint and tweaked build to accommodate the slightly thicker tablets. You’re still looking at the signature floating hinge design and Smart Connector support, as well as the dedicated USB-C charging port and a backlit keyboard and built-in trackpad. Get a closer look in our hands-on review.

If you’re rocking the 11-inch version of Apple’s M1 iPad Pro, you can also take advantage of savings noted on the compatible white Magic Keyboard. Right now, Amazon has the accessory marked down to $249, which delivers the second-best discount to date at within $10 of the all-time low. Other than being designed for the smaller of Apple’s latest iPad Pros, as well as the new iPad Air 5, this one has all of the same features as the lead deal.

Amazon is now offering the Belkin MagSafe 2-in-1 15W Charging Stand for $80. Marking a new 2022 low, this is $5 under our previous mention at 20% off the usual $100 price tag. Today’s offer is also the second-best discount to date outside of a slightly deeper drop back in December.

Belkin’s 2-in-1 charging stand delivers a place to refuel your iPhone 12 or 13 series handset alongside a pair of AirPods or other earbuds. Its main 15W MagSafe charger holds up your smartphone above the secondary 5W Qi pad in a streamlined design that won’t take up too much space on your desk or nightstand. You can get a closer look in our launch coverage.

Amazon clears out iPad Air 4 with up to $150 discounts

Amazon is now offering all-time lows on Apple’s previous-generation iPad Air 4 models with the 256GB entering at $599. Beating our previous mention by $1, this is a new best price yet and $150 off the usual $649 going rate. Those who can get away with less storage can also find the 64GB model at $469, down from the usual $599 price tag in order to mark a new low at $130 off and $1 below our previous mention.

While it’s not the new M1-powered model, Apple’s previous-generation iPad Air 4 still packs much of the same form-factor and feature set as its newer counterpart. There’s still a 10.9-inch edge-to-edge Liquid Retina display with support for Apple Pencil and Magic Keyboard, just with the A14 Bionic chip powering the experience. You’ll enjoy 10-hour battery life much the same, and Touch ID sits in the power button to round out the package. Get a closer look in our hands-on review.

Amazon is now offering the Philips Hue White A19 LED Smart Bulb for $10. Normally fetching $15, this is matching the all-time low set last back in January at 33% off. Delivering the perfect solution to get in on the benefits of the Philips Hue ecosystem, this A19 smart bulb works by itself or with the brand’s stable of smart home accessories.

Its Bluetooth connectivity means you can pair it right to your phone to adjust brightness or status, as well as to Echo and Nest speakers and displays for voice control. Then there’s the Zigbee support, which brings HomeKit into the mix alongside advanced scheduling and automation support.