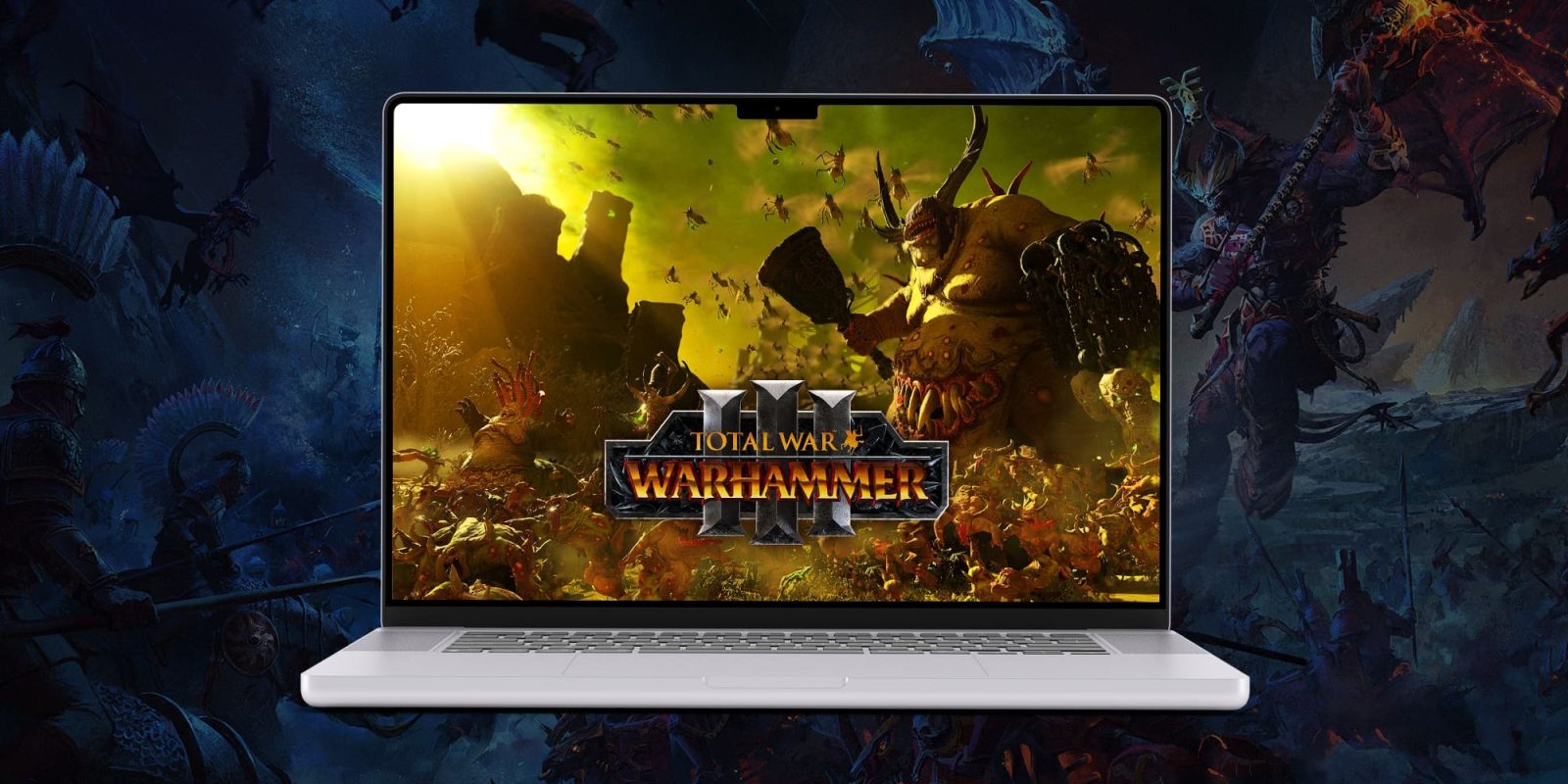 Get ready to conquer some daemons! Total War: WARHAMMER III is out now on macOS, but only for Apple Silicon Macs with M1 chip or higher – not Intel.

The game requires a minimum system requirement of macOS 12.0.1 as well as 8 GB RAM. It supports every Mac model released November 2020 or after. Nearly all of Apple’s current Mac lineup features Apple Silicon, with the exception of the Mac Pro.

If you want to check if your Mac is compatible, go to “About This Mac” on the Apple menu bar on your computer and check its release date. There’s no explanation for the non-Intel release – however, it wouldn’t be surprising if more games did this.

Total War: WARHAMMER III is a conclusion to a series filled with chaos and horror.

The last roar of a dying god ruptures the boundary between worlds, opening a portal to the Realm of Chaos. From this maelstrom, the four Ruinous Powers – Khorne, Nurgle, Tzeentch and Slaanesh – emerge, spreading darkness and despair.

The stern warriors of Kislev and the vast empire of Grand Cathay stand at the threshold, as a vengeful Daemon Prince vows to destroy those who corrupted him. The coming conflict will engulf all. Will you conquer your daemons? Or command them?

WARHAMMER III has a Metacritic score of 86 and has reviewed well with IGN, PCGamesN, Eurogamer, and others.

For those with Apple Silicon Macs, you can buy the game now on Steam for $59.99. Also, an additional Ogre Kingdoms DLC is available for purchase for $11.99. If you’re looking for a Mac-compatible controller to play with, check out our guide here.

You should note the game has a mature content warning as it shows “violence of a graphical nature within a Fantasy World”.

Have you played the other WARHAMMER games? What did you think of them? Do you plan on playing the conclusion to the trilogy? Leave your comments below.