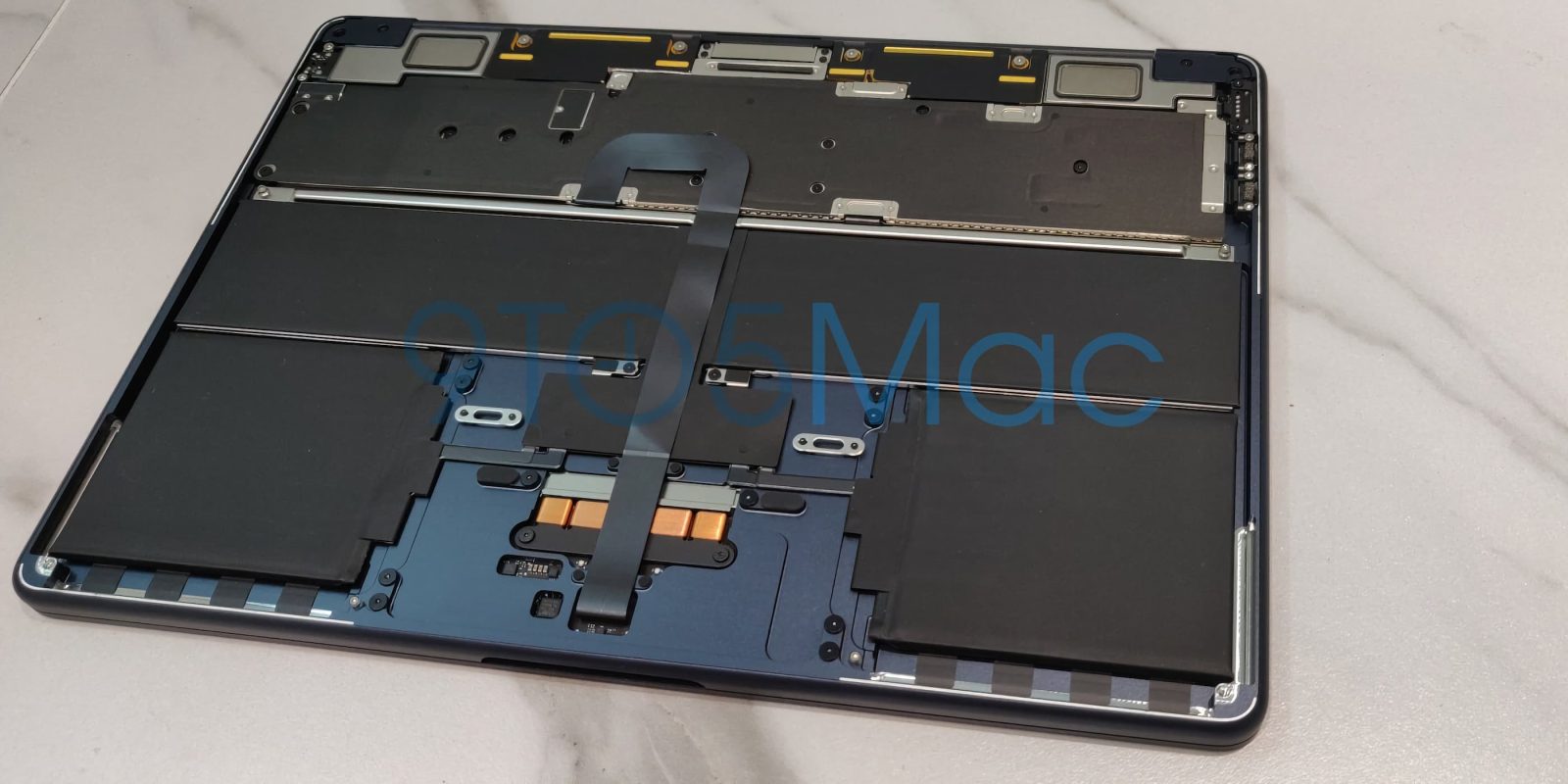 The new M2 MacBook Air is coming later this week. But with no reviews published yet, we really haven’t seen all that much outside (or inside!) of the original WWDC hands on.

While it’s not what most would be expecting, thanks to one of our sources, we were able to get some images of the internals of the new M2 MacBook Air.

These first two images give us a good look at the hinge, speakers, headphone jack, and USB C ports.

These connectors trend pretty standard for Apple products. But the photos show us the speakers are in the hinge compared to next to the keyboard on MacBook Pros. Audio quality on the M2 MacBook Air will likely take a hit because of this speaker placement.

We’ll have to wait and see what this means for real world performance.

We get a better look at Apple’s cooling system for the MacBook Air, which seems to feature a large heat sink covered in graphite tape for thermal conductivity.

We also get a closer look at the new Midnight colorway of the MacBook Air. It looks a lot more blue in these images compared to Apple’s product renders and the hands-on photos from WWDC. This difference could just be the lighting where the source took the images. There’s no knowing for sure until the device is available on Friday.

These images give us a good look at the inside of the M2 MacBook Air. More detailed images looking closer at the specific chips, specifically the M2, are likely to start appearing over the next few days as we get closer to the M2 MacBook Air hitting shelves on July 15.