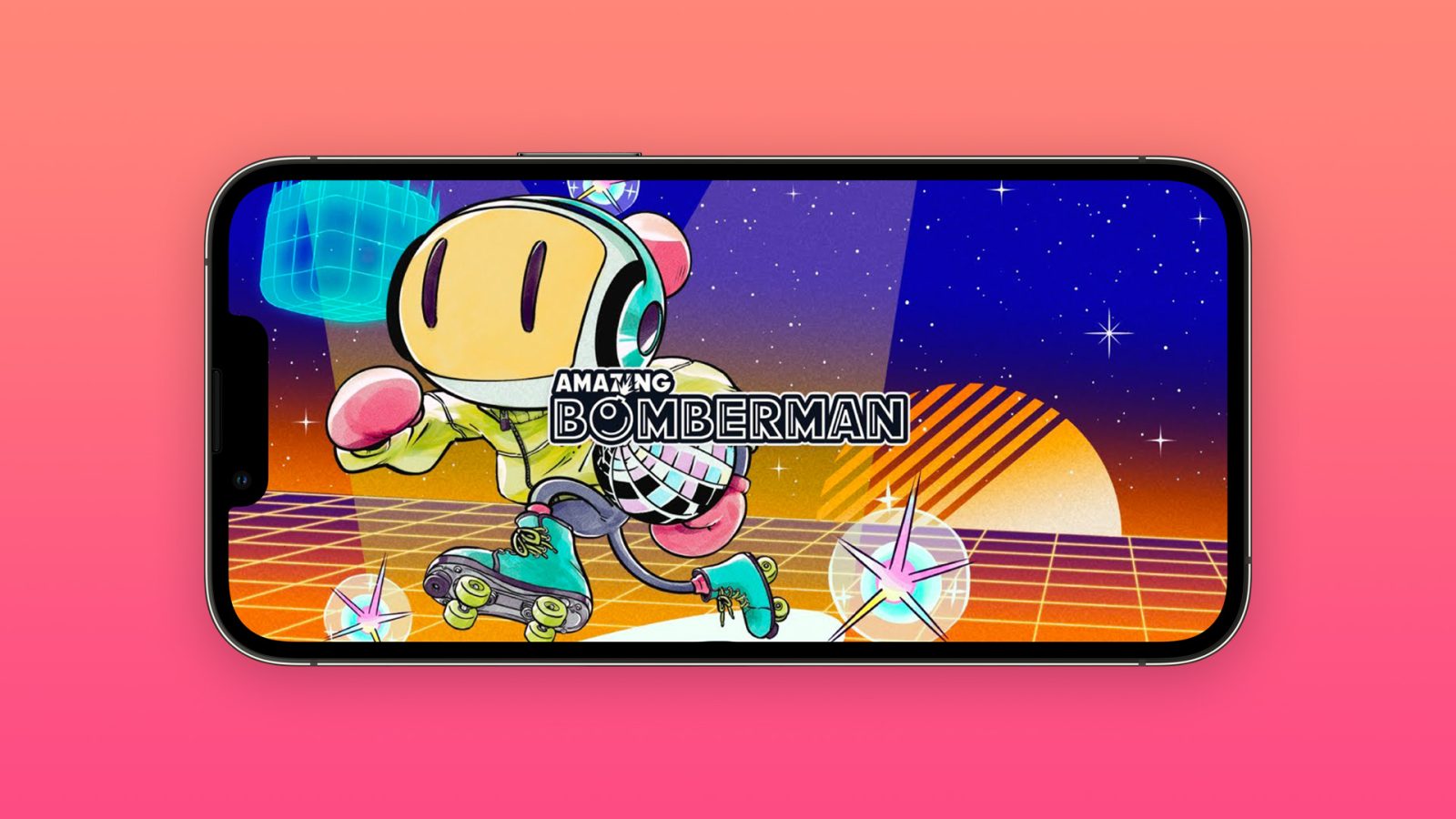 Bomberman is a classic and popular game franchise created in 1983. Since then, the game has had multiple sequels and spin-offs released for different platforms, such as Nintendo consoles, PC, PlayStation, and Xbox. Now the franchise is coming soon to Apple devices for the first time, available exclusively to Apple Arcade subscribers.

The announcement was made by Konami, which currently owns the Bomberman franchise. For those unfamiliar with the Bomberman games, they basically consist of a gameplay style in which the player must defeat enemies by placing bombs around. There are multiple powers ups that increase the strength of your bombs – which can also end up killing you.

Amazing Bomberman combines classic gameplay with original music created by various Japanese artists, plus new ways to play. For instance, players will have the option to play online with people around the world or with their friends, as well as a practice mode for solo players.

In a brief teaser shared by the developers, we can see that Amazing Bomberman combines visual elements from the original games with modern, customizable characters. According to Konami, there will be collectible items for customization throughout the gameplay. Of course, these items will be available for free since Apple Arcade games have no in-app purchases.

AMAZING BOMBERMAN introduces musical mayhem to the storied series as players use various bomb types to smash obstacles and collect special items as the stage changes to match different songs. The game launches with seven different playable stages and features original music composed by artists from Japan and abroad.

Just like other Apple Arcade games, Amazing Bomberman will be playable across iPhone, iPad, Mac, and Apple TV. In the US, the Apple Arcade subscription costs $4.99 per month with a free one-month trial. Apple Arcade is also included in the Apple One package, starting at $14.95 per month in the US.

You can now set a reminder on the App Store for when Amazing Bomberman becomes available in the App Store. The launch is scheduled for Friday, August 5.

Be sure to take a look at special offers on game controllers compatible with Apple devices.