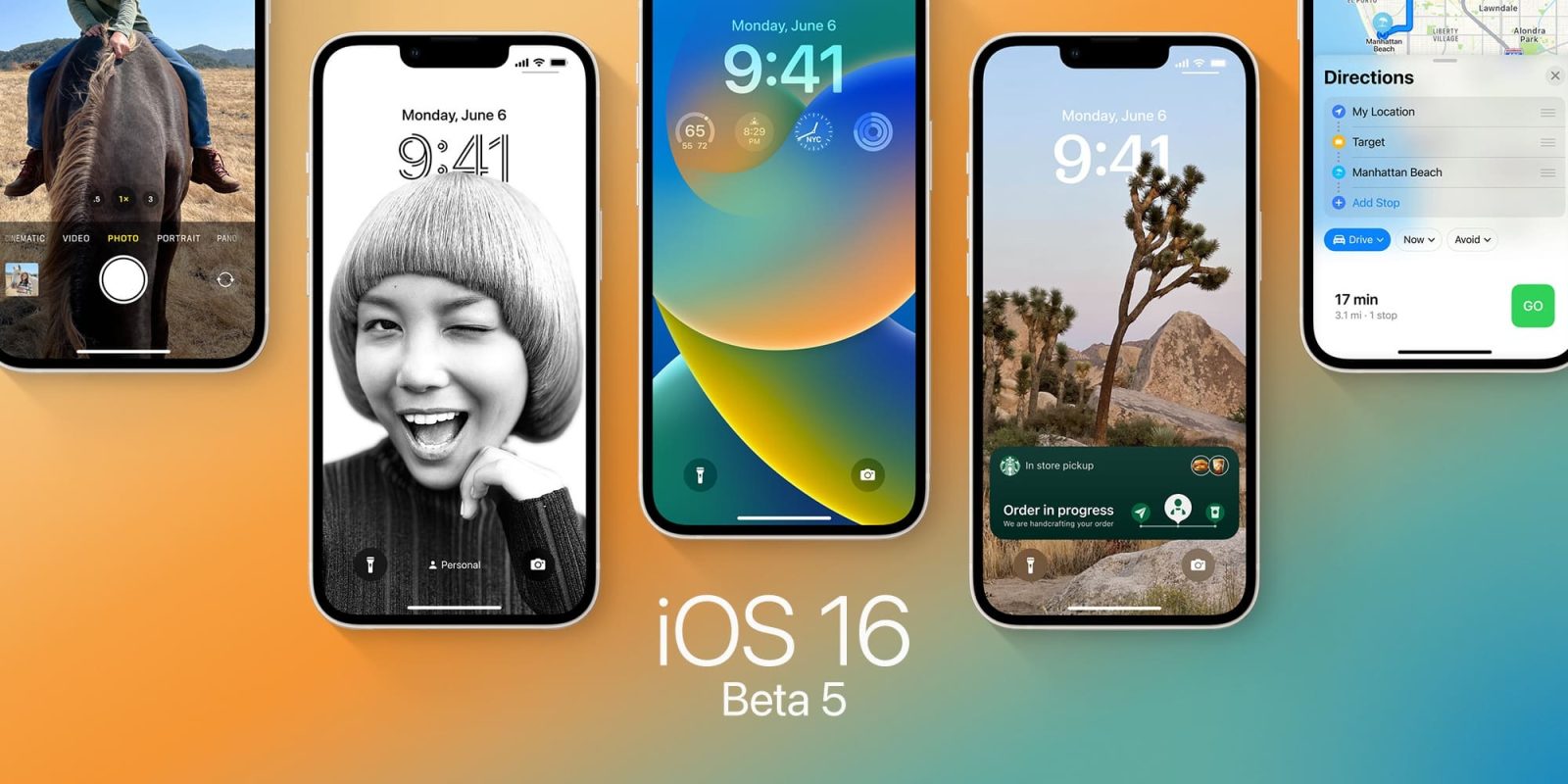 iOS 16 beta 5 and iPadOS 16 beta 5 are now rolling out to developers, two weeks after the fourth beta was released. The last iOS 16 brings a number of changes, including updates to the Lock Screen, new wallpaper options, and more. iOS 16 beta 5 will continue refining these new features…

Each new iOS 16 beta usually includes a number of changes, bug fixes, and even new features. Apple keeps a keen eye on the feedback it receives from iOS 16 beta testers, and each subsequent beta aims to address complaints, bug reports, and performance issues.

iOS 16 beta 4 was released two weeks ago and included changes to editing and unsending iMessage in response to abuse concerns. There are new wallpapers for CarPlay, Live Actions API support, new features for Continuity Camera, and much more.

Since the latest iPadOS 16 beta was released, we’ve learned that Apple is planning to delay releasing this update to the public. iPadOS 16 was initially slated to launch in September alongside iOS 16, but it’s now scheduled for sometime in October.

Spot any changes in today’s release of iOS 16 beta 5 or iPadOS 16 beta 5? Let us know in the comments below or on Twitter @9to5Mac. Stay tuned for our full hands-on coverage with the new releases right here at 9to5Mac today and throughout the rest of the week.