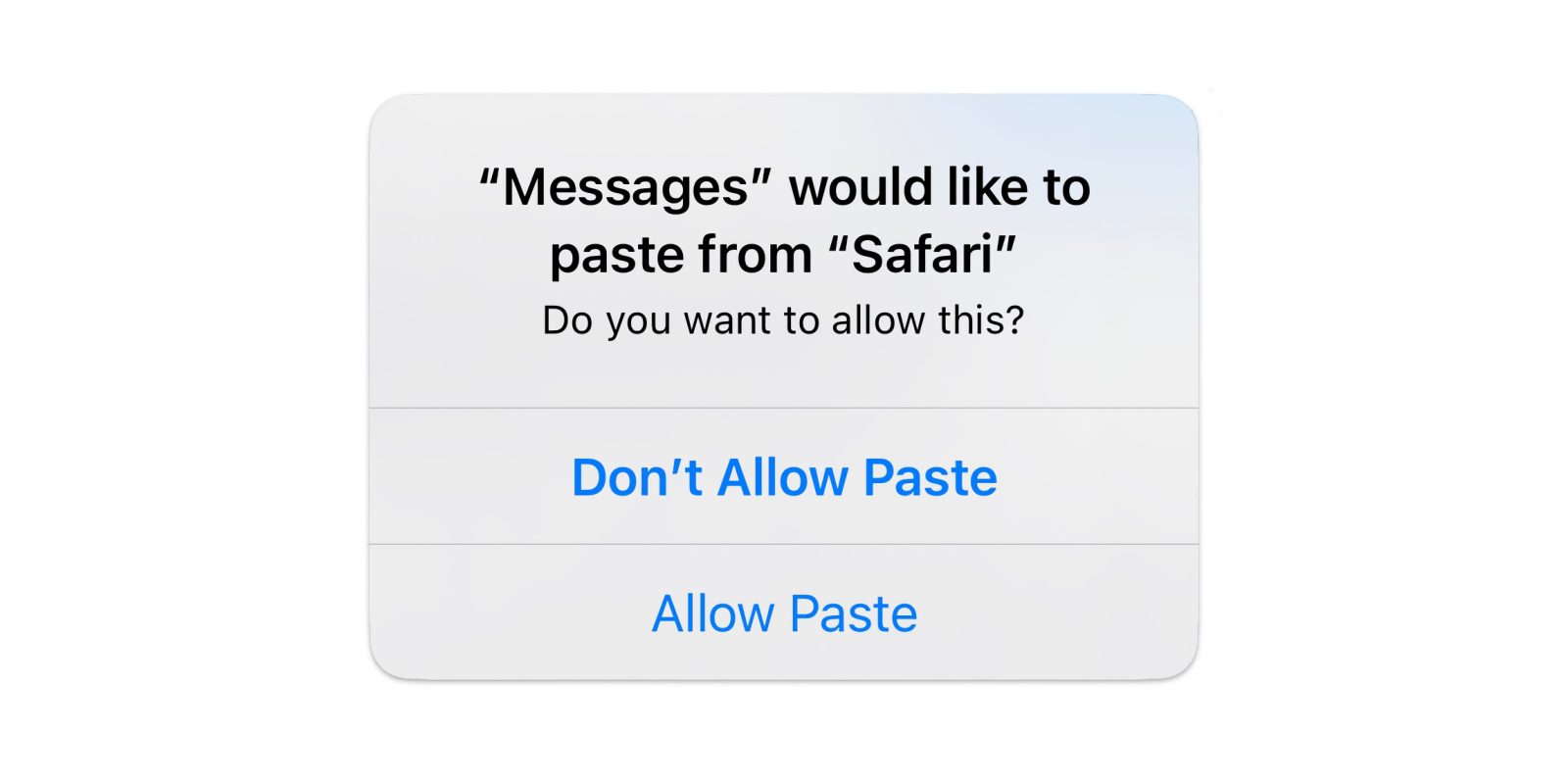 Update: The Wall Street Journal reports that the clipboard bug will be fixed in next week’s software update, along with a fix for the OIS camera rattling bug afflicting some iPhone 14 Pro owners.

Seemingly starting in the release version of iOS 16, many iPhone users are seeing an annoying behavior where the system presents a clipboard paste permissions prompt (almost) every time the user tries to paste some text from another app.

In a reply sent to a MacRumors reader who had shared his frustrations with Apple SVP Craig Federighi over email, Apple executive Ron Huang confirms the behavior is indeed a bug.

In particular, the OS is not meant to be prompting users for paste permission when they explicitly choose the Paste action from the cut/copy/paste action menu. Explicit user action is meant to imply intent, and not require clipboard permission to be granted.

If working correctly, the number of permission prompts seen by users would be greatly reduced as then the confirmation alert would only appear if the app is trying to read clipboard content without user interaction, which could potentially be done maliciously.

However, no timeline was shared as to when users can expect the bug will be fixed that is causing the alert to be shown much more often than it should be. Huang said Apple internally had not experienced this behavior and “will get to the bottom of it,” so it doesn’t sound like the cause of the problem has been fully identified yet.

Separately, the email feature request asked for clipboard access permissions to be included in the Settings -> Privacy panel so that apps that have genuine uses for accessing the clipboard autonomously can be authorized to do so on a permanent basis, without requiring a permission dialogue to be presented each time. Huang said this suggestion was a “good improvement,” although didn’t go so far as to commit that this would be implemented.