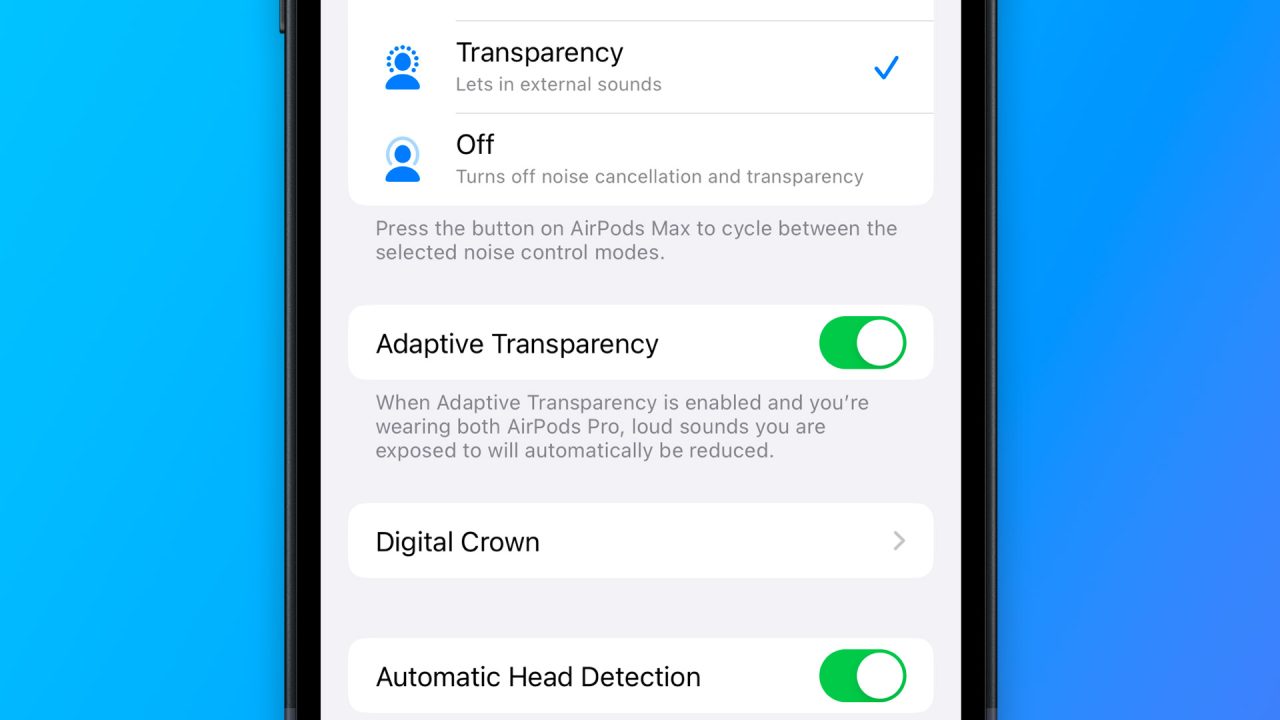 With the release of iOS 16.1 beta 3 last week, owners of the first-generation AirPods Pro and AirPods Max noticed that the update enabled the “Adaptive Transparency” option for these earphones. While it was unclear whether the feature was actually coming to older AirPods or not, Apple has now removed the option with iOS 16.1 beta 4, confirming that it was just a bug.

Transparency Mode is a feature available in the AirPods Pro and AirPods Max that uses the built-in microphones to let users hear the world around them without having to take off the earphones. The second-generation AirPods Pro expand on this functionality with a new Adaptive Transparency Mode feature.

However, according to Apple, Adaptive Transparency relies on the new H2 chip to “minimize the intensity of loud noises like sirens or power tools.” While some users believed that this feature would be expanded to more AirPods somehow, this is not the case.

Yesterday, Bloomberg’s Mark Gurman said on Twitter that he was told that “this is a bug.” Today, Apple released the fourth beta of iOS 16.1 to developers, and it does indeed remove the “Adaptive Transparency” option for other AirPods other than the new AirPods Pro 2. 9to5Mac was able to confirm that the option has disappeared from the AirPods Max settings menu.

iOS 16.1 enables battery percentage for more iPhone models such as iPhone 11 and iPhone 13 mini. Apple has tweaked the battery indicator so that it now has a dynamic icon when the percentage is enabled. Based on internal files from today’s beta seen by 9to5Mac, Apple has been getting ready to launch the Emergency SOS via Satellite feature for iPhone 14 users.