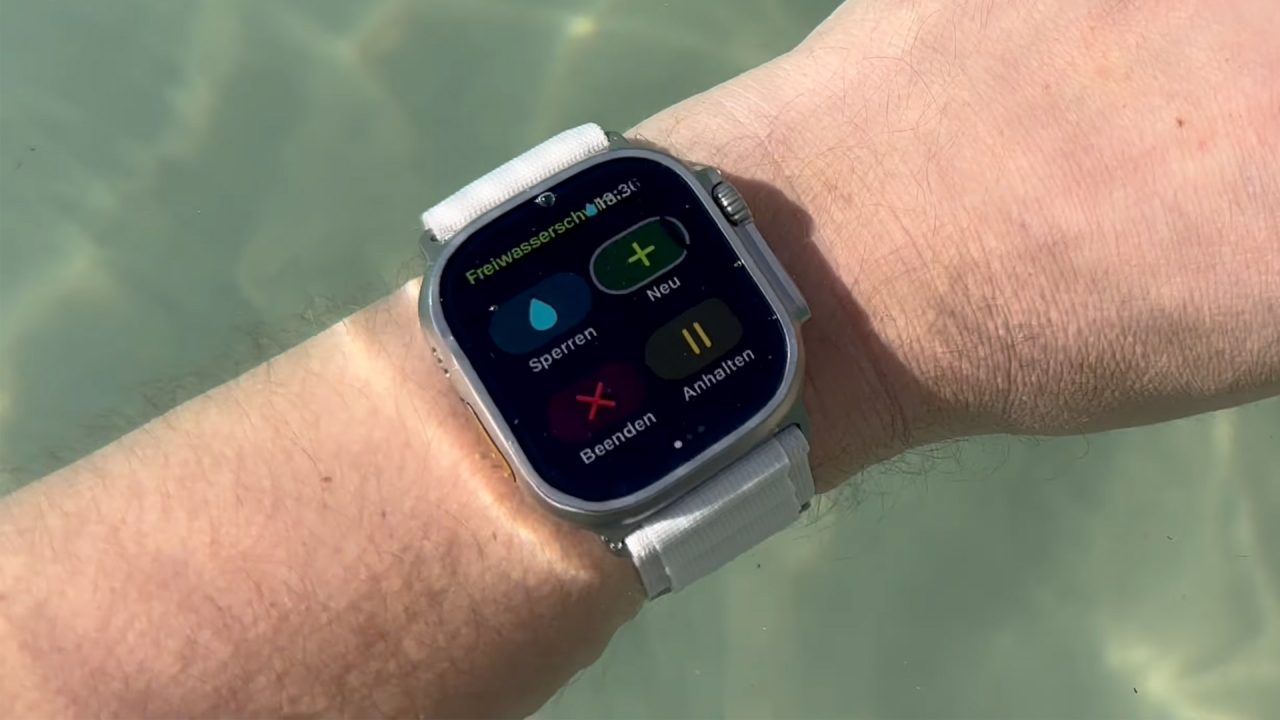 Apple Watch has always been certified to work underwater, so users can swim and get metrics with it. With Apple Watch Ultra, Apple has taken this certification even further. However, controlling the touchscreen on the Apple Watch underwater is not exactly possible – but one swimmer has found a good way to do it.

Swimmer Rafael Zeier recently got an Apple Watch Ultra, which has a new Action button that lets users start a workout or trigger other system actions with just a press. This certainly helps swimmers to open the new “Depth” app on the Apple Watch Ultra when they’re underwater, but sometimes this is not enough.

When the watch is submerged, the touch screen becomes unresponsive, and there’s not much you can do about it. Zeier then remembered about AssistiveTouch, which was introduced last year as part of the watchOS 8 update. This accessibility feature allows users to navigate the system interface using hand gestures such as a pinch or a clench.

But as some of you may know, the accessibility features of Apple devices can also be useful for a lot of other things, and this is the case with AssistiveTouch on the Apple Watch.

The swimmer then enabled AssistiveTouch on his Apple Watch Ultra and, amazingly, he was able to control Apple Watch under water using just hand gestures. “I never thought that would be possible. But it works just as well as over water,” Zeier told 9to5Mac. He also shared a video on YouTube showing how everything works, which you can see below:

While most Apple Watch models are certified water resistant to depths of up to 50 meters, Apple Watch Ultra extends this certification to 100 meters. Not only that, it has more advanced sensors that collects precise data about current depth and water temperature, which turns Apple Watch Ultra into a real dive computer.

Some of these features, however, won’t be available until later this year.