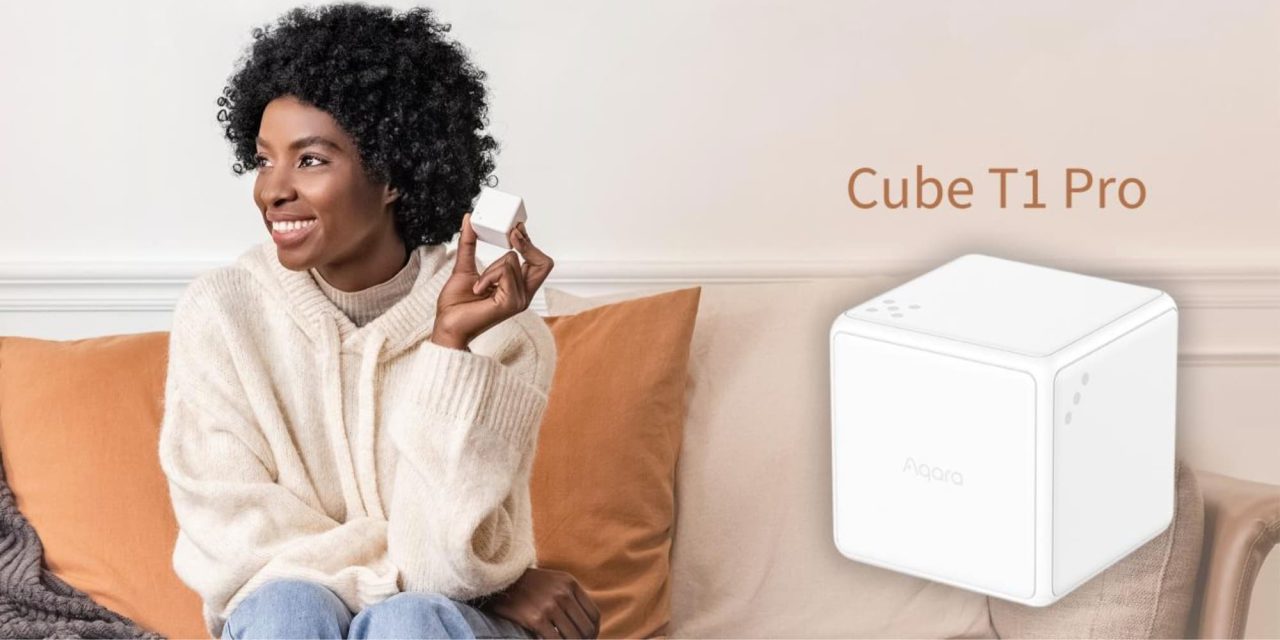 Aqara, one of my favorite HomeKit vendors, has debuted another product just after the release of its Smart Feeder for Pets. Today, it’s upgrading the popular Aqara Cube Controller with HomeKit and Alexa support. The Aqara Cube T1 Pro’s functionality is similar to the original design, except it recognizes additional actions: push, shake, rotate, and tap.

Also new with the upgraded Aqara Cube is a new Scene Mode, and when the mode is activated, it also recognizes different sides. This makes controlling your scenes that much easier – simply use each side to control various devices! Printed indicators on the sides will help you tell one from another. This new scene mode will support HomeKit, Alexa, and Matter through the Aqara hub. The Aqara Hub M2 is expected to be the first hub to receive an OTA update with this functionality.

With all these improvements, the Aqara Cube T1 Pro enables a more intuitive way to control your HomeKit environment. For example, you can activate the Morning Routine by flipping to Side 1 and trigger the Home Cinema Scene by flipping it to Side 2.

Additionally, you can now control multiple sets of curtains or roller shades by rotating the new Aqara Cube in the Aqara Home app – for example, flipping it to Side 3 and rotating the cube to adjust the open percentage of the curtains or turning it around so that Side 4 dims your Aqara lights. This controller’s versatility allows for a variety of different HomeKit and Aqara actions.

The Aqara Cube is based on the Zigbee 3.0 protocol, which provides faster response times and greater reliability than previous versions of Zigbee. The Cube can be used for up to two years on a single battery. It offers over-the-air updates, so new features and fixes can be added to the device after its release date.

The new HomeKit-compatible Aqara Cube is available from Amazon (use code NACUBET1 for a 10% discount) or directly from Aqara depending on your region.