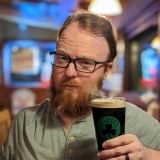 Kyle Bradshaw joined 9to5Google in 2018 with a special interest in Google’s Fuchsia OS, rooted in his experience of being the first to offer a visual preview of the revolutionary design of the in-development operating system. Since then, his attentions have broadened to include the secrets hidden within other areas of Google’s public codebases.

By reading the public Fuchsia OS code, Kyle was able to prove the existence of the Nest Mini and the Nest Hub Max months ahead of their respective announcements. With evidence from Chromium, he reported on Google’s since-cancelled efforts to create an offshoot of Android designed for “touchless” feature phones.

In 2018, Kyle reported on three distinct Made by Google Chromebooks in development, the Pixel Slate, the Pixelbook Go — a full year before its release — and “Meowth,” the original version of the Pixel Slate that was cancelled due to Intel’s delays that year. For Chrome OS itself, Kyle was the first to demonstrate the upcoming light theme redesign in action.

Looking at the early evidence of the Pixel 5’s specs, Kyle accurately predicted in February 2020 that the Pixel 5 might not be a traditional “flagship” phone. In 2021, he reported that Google’s next headset would be the “Pixel Buds A”.

Kyle contributes to the APK Insight column at 9to5Google, discovering the hidden changes in Android apps from Google and other companies. These efforts have revealed hotly anticipated features, details about upcoming devices, and unexpected connections between companies.

He can be reached for tips or just friendly chat by Twitter or email. If you’re looking for his other works or just want to play a game together on Stadia, head over to Kyle’s personal portfolio.

Google Stadia is shutting down in January, all purchases will be refunded

Hands-on: Gamevice Flex brings the comforts of gaming to almost any phone in almost any case 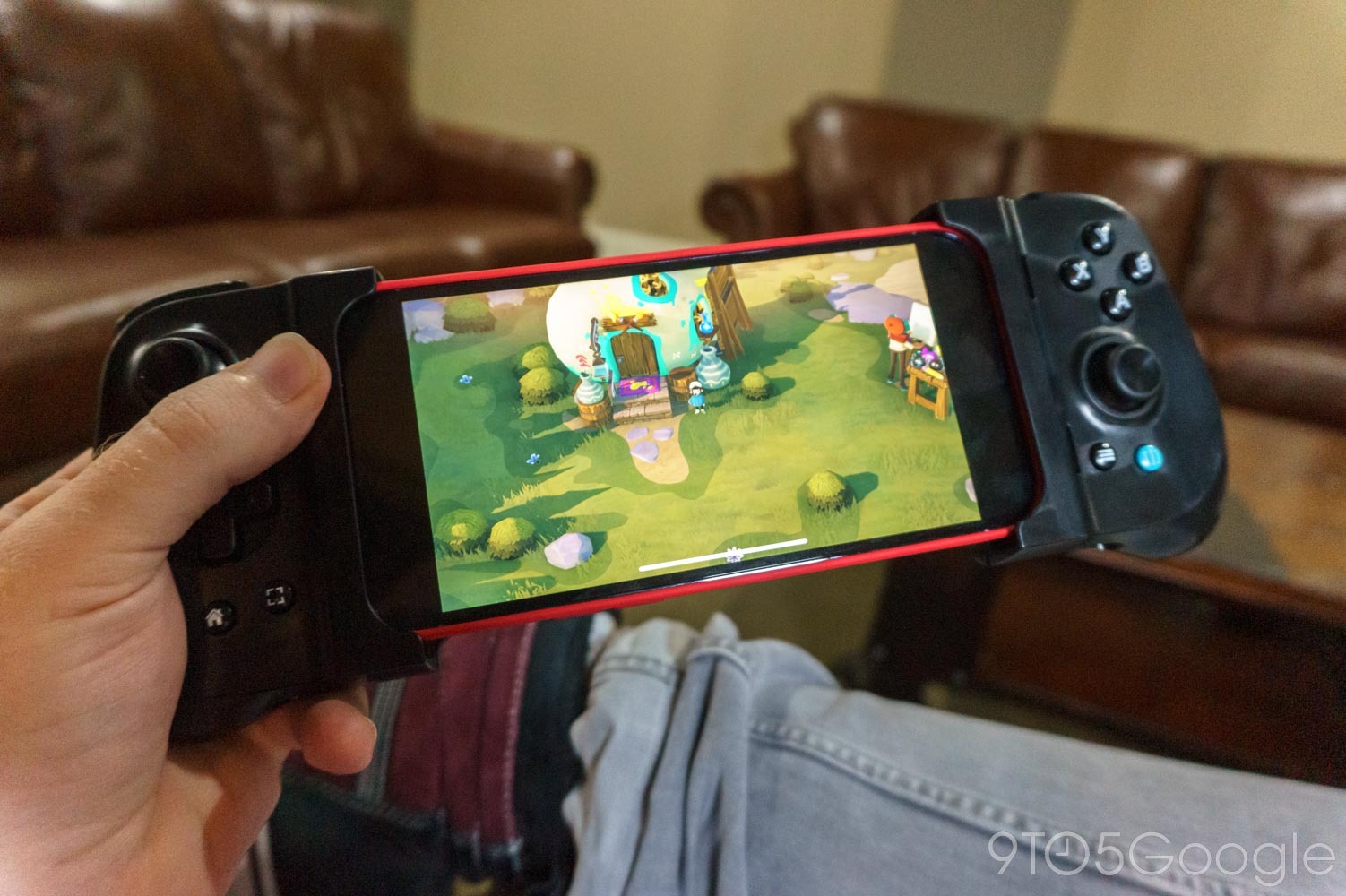 We’ve been given an exclusive first look at the Gamevice Flex, an upcoming gaming controller for iOS and Android that aims to fit nearly every phone while keeping your protective case on.

END_OF_DOCUMENT_TOKEN_TO_BE_REPLACED

Google’s latest earbuds, the Pixel Buds Pro, are well positioned to be a strong competitor to Apple’s AirPods Pro, especially for Android owners. But which set will take the crown as the better noise canceling earbuds? Let’s break it down.

Google Play Store redesign for Wear OS rolling out [U]

In the latest pre-release version of the mobile app, Twitter is preparing a way to get notifications about new tweets that match a particular search term.

Gamevice for iPad Review: Who needs a Steam Deck, anyway? 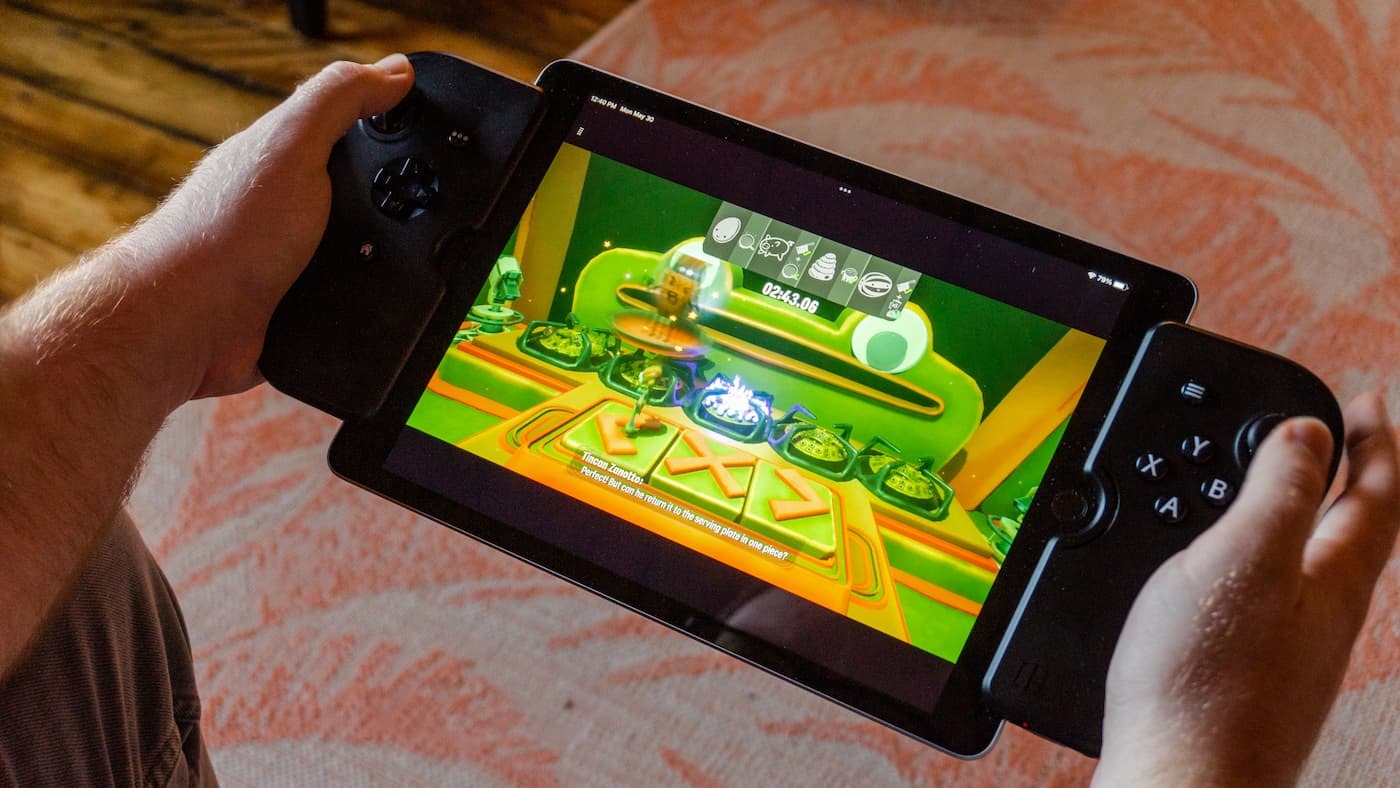 We spent some time with the latest controller from Gamevice, which turns an iPad into a supremely comfortable portable gaming machine.

END_OF_DOCUMENT_TOKEN_TO_BE_REPLACED

Google is preparing to launch a brand new way to move from Apple’s iPhones to an Android device. Here’s your first look at Google’s “Switch to Android” app running on an iPhone.

Google’s upcoming “Switch to Android” app for iOS may be able to import data from your iCloud directly into Google Photos.

It’s not just you: Verizon’s Visible MVNO is currently experiencing an outage that is preventing customers from sending text messages.

Update: This feature has already begun rolling out for some, allowing us to see it in action.

Earlier this year, Stadia debuted a new method of playing cloud games on Android by passing your touchscreen presses through to the game. Now this “direct touch” control scheme is coming to Stadia’s iOS app.

WhatsApp will soon be able to transfer messages between iPhone and Android [Update: rolling out]

WhatsApp made an appearance during Samsung’s Unpacked event, revealing that it would soon be possible to transfer messages between iOS and Android devices, starting with Samsung Galaxy phones.

Update: The ability to transfer messages has begun to roll out with the latest beta updates to WhatsApp.

Google is developing a new iOS app called “Switch to Android,” which should be able to copy the most important data from your iPhone and bring over your apps.

Google’s Data Transfer Tool, the standard tool for copying files from one Android to another or from iOS to Android, is preparing to offer a way to copy your WhatsApp chats from your iPhone.

Earlier this month, our colleagues at 9to5Mac reported that Apple Music would be gaining “HiFi” streaming options, possibly with iOS 14.6. Today, we find that the Apple Music app for Android is also working toward lossless audio streaming.

‘Apple One’ subscription bundle confirmed by Apple Music for Android ahead of Sept. 15 event

Back in June, our colleagues at 9to5Mac discovered in the iOS 13.5 beta that Apple was planning to bundle their services into a single subscription. With the latest update to the Apple Music app for Android, we can now confirm that a unified “Apple One” subscription should be coming soon.

As we face this time of crisis together, one of the most important things we can do — aside from washing your hands and maintaining social distance — is combat misinformation with the truth. To that end, the World Health Organization is launching an official Android, iOS and Web app for news, tips, alerts, and more to keep you informed during the COVID-19 pandemic.

This morning, all eyes have been on Apple as they announced their latest MacBook Pro, which you can read more about from our friends at 9to5Mac. In an interview about the new MacBook Pro, Apple’s Phil Schiller took a potshot at Google’s Chromebooks, saying that kids who use them are “not going to succeed.”

Google is fixing fullscreen Chrome on Mac to be more ‘immersive’

On most desktop platforms, when you put Chrome into fullscreen, you can access your tabs and the omnibox by moving your mouse to the top of the screen. Unfortunately, since last July, this simple gesture has not worked on Mac, but Google is finally getting around to fixing Chrome’s fullscreen mode.

T-Mobile, the self-titled “Un-Carrier,” is further separating itself from the competition by getting into the booming world of mobile banking with “T-Mobile Money.” The new service also comes with extra benefits for T-Mobile’s wireless customers.