iFixit investigates the innards of the new iMacs, spare SSD slot now standard in all models 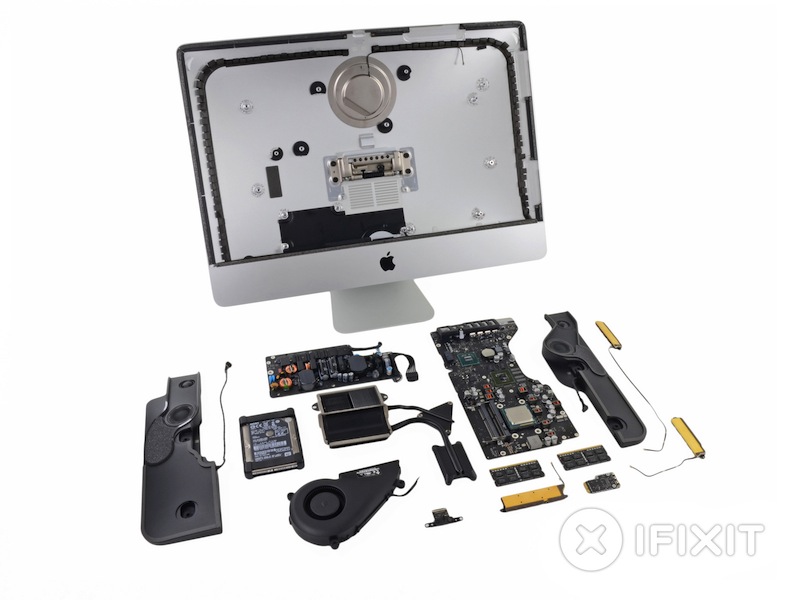 iFixit has taken a look at the newly-released generation iMacs, tearing down both the 21.5 inch and 27.5 inch variants. Although most of the internal structure is the same, which is to be expected given that the new iMacs have retained the same casing, there are some small differences.

iFixit points out that the 21.5 inch iMac now includes a Fusion Drive SSD bay as standard, improving future upgradeability prospects of the machine. With last year’s model, this expandability was only available if customers had specifically ordered the iMac with a Fusion Drive originally. As the new drives are now connected via PCIe, third-party drive makers should be able to make appropriate adapters to enable the addition of a second hard drive. Both the 21.5 inch and 27 inch models offer this unused PCIe Fusion Drive SSD port. A picture of the empty port is attached below.

Unfortunately, the CPU on the 21 inch model is now soldered to the logic board. This means it is no longer user-replaceable. According to iFixit, this is the first aluminium iMac to have a CPU that is soldered to the board. The 27 inch variant does not have this restriction however. A picture of the spare Fusion Drive PCIe port now found as standard in the new iMacs.