Apple publishes its improvements to the open-source components of Mavericks, as bound by the code licenses 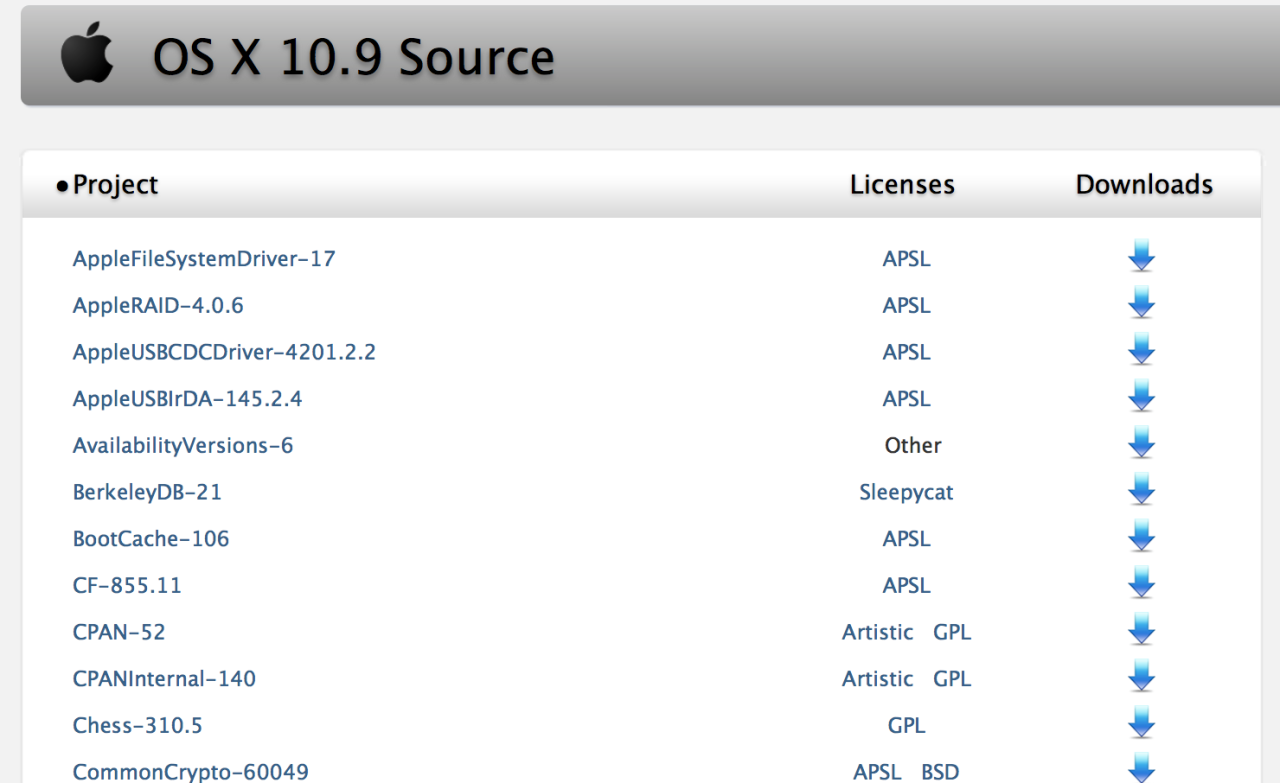 Today, Apple has made available the open-source components of OS X Mavericks’ code to the public. Apple regularly does this for both iOS and OS X as prescribed by the license agreements of the open source code Apple uses.

Under the license terms of these components, Apple can use the open source code but must share its own contributions and improvements with the community, so that others can benefit. Therefore, as Mavericks was released to the public on Tuesday, Apple was due to post the open-source code shortly after. However, despite contractual obligations, in the past Apple has been known to delay publishing source for several months. Obviously, this is not the case with Mavericks.