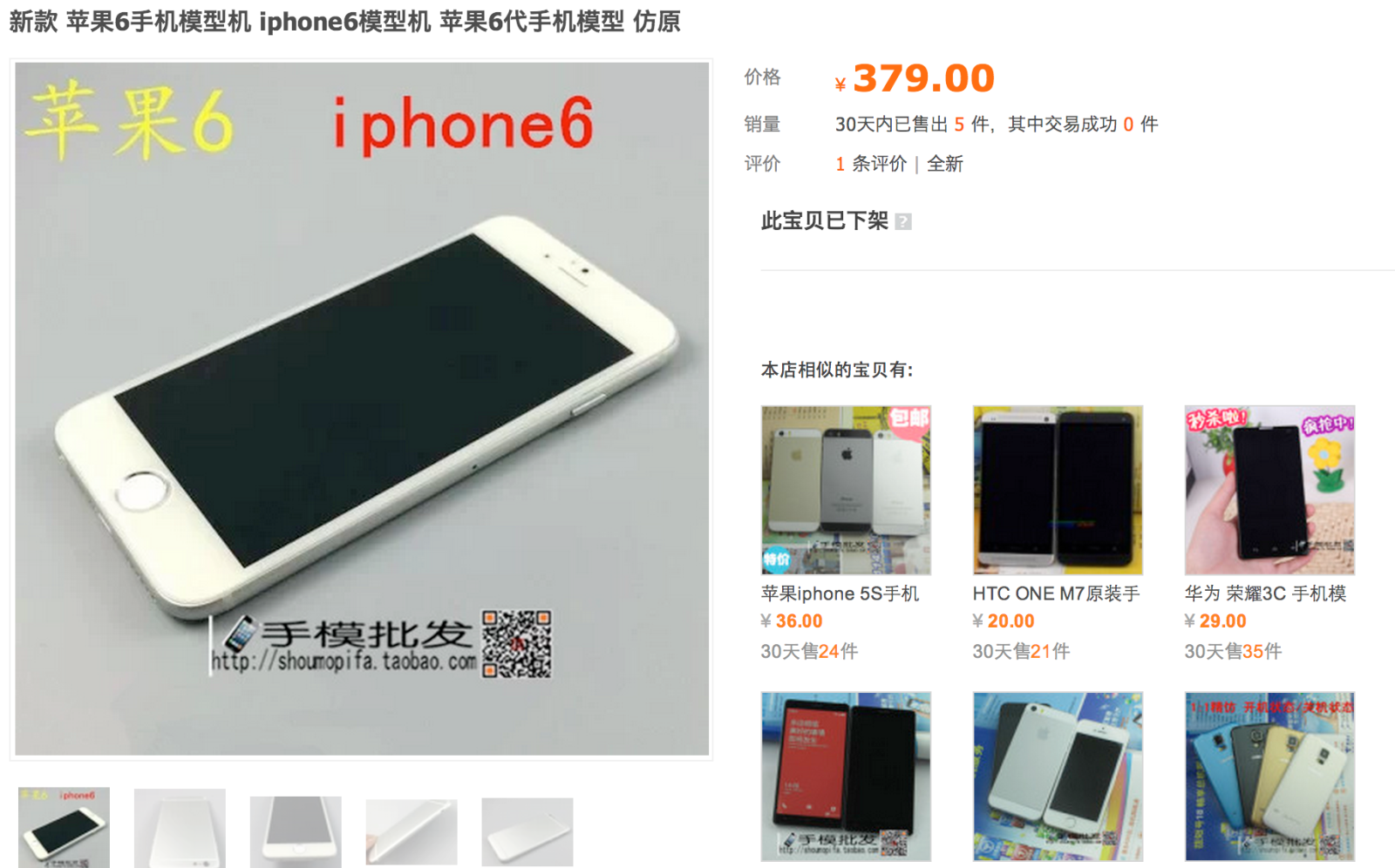 Have you ever wanted to create your very own iPhone 6 mockup video? Well, today is your lucky day. Thanks to Chinese site Taobao you may have the opportunity to purchase one of these sketchy dummy devices. (Rumors not included.)

There are a couple of different stores listing iPhone 6 dummy models that can be found here and here. These iPhone 6 mockups are great for making sketchy comparisons, drawing conclusions, and even photographing for republishing. The best part is, most of them can be purchased for as low as $61, but make sure your translation skills are up to par.

These dummy models are visually similar to the ones that we’ve reported on over the past few weeks, and thanks to popular demand, they are now available to the public. To be honest, you’re better off saving your money for the real deal when it’s released later this year, but if you’re impatient, head on over to Taobao to pick up your sketchy iPhone 6 dummy today. It may be obvious, but keep in mind that these are nonfunctional mockups.

According to various rumors, the iPhone 6 will sport a 4.7-inch display and feature a design that’s similar to Apple’s current generation iPod touch. There’s no way to tell if these dummy models will match up with Apple’s official release, but they are similar to other pictures that have recently surfaced.

Need more evidence? Check out pictures from one of the stores in the gallery below:

Update: It appears that the dummy models are all sold out now.