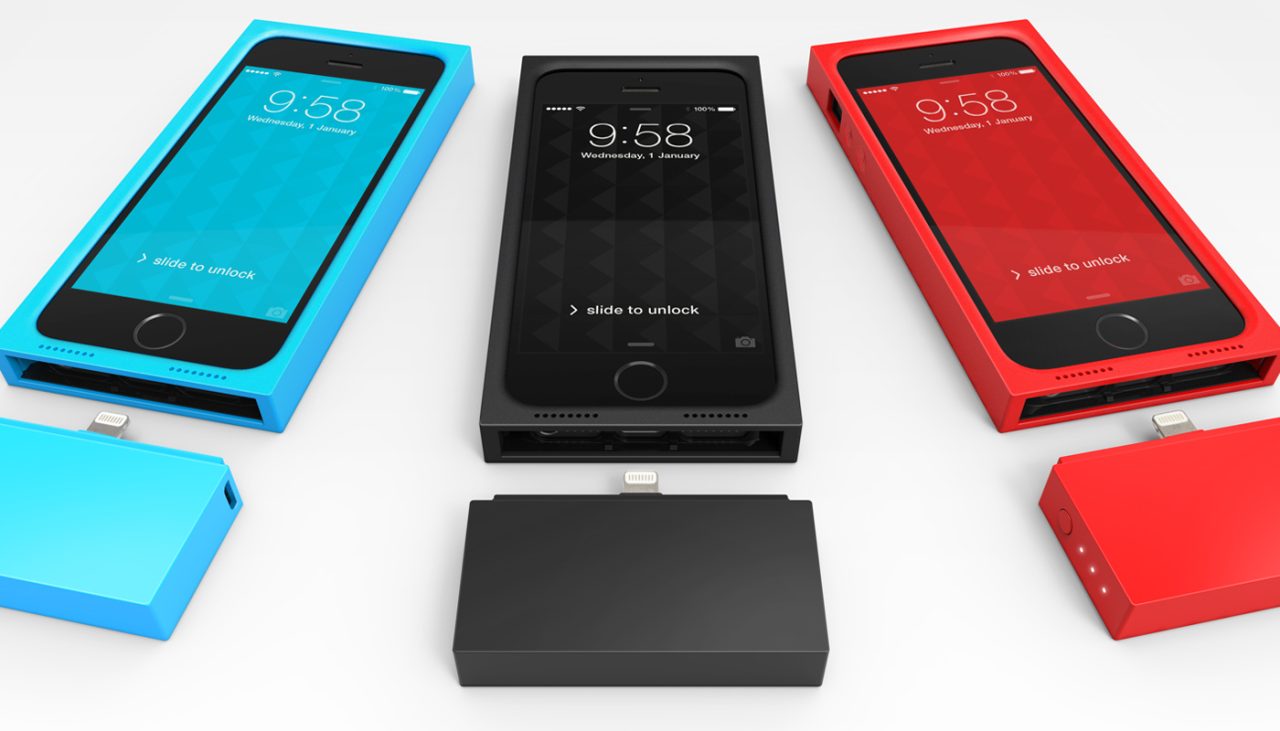 Augment is a new case series from Rubix that puts a spin on the traditional battery case. Rubix is currently seeking funding on Kickstarter to produce this product line, but don’t let that get you down. This is definitely worthy of your hard-earned cash if you’d like to have the benefits of a battery case, without all of the bulk.

Augment is a modular charging case for iPhone 5/5s that allows you to snap on a 1,200mAh power module when you need it. The idea is very simple, but very effective and will add an additional 60 percent battery life to your iPhone. The Augment Charge module is designed to be small enough to fit in a coin pocket and take up very little room when attached to the case.

The Augment Charge unit comes with a Micro USB charging cable that will also charge and sync the iPhone when connected. There’s also a small LED status indicator on the side of the module to help keep you aware of the remaining power. Augment Charge has also received MFI (Made For iPhone) approval from Apple and will continue with the final certification process once the project meets its funding goal.

Over the past week, we’ve had the opportunity to test the Augment series and see what it’s all about. Check out the video overview below for a detailed first look.

As far as the case goes, I’m a big fan of its design. This is definitely different than any other case I’ve seen and the added charging functionality makes it a winner in my book. The outside of the case is covered with durable TPU, while the inside has a polycarbonate shell to add reinforcement. Both the charge module and case are available in black, blue, and red. Currently, there are two products in this lineup that create the Augment modular system: Augment Case and Augment Charge. Because these are two separate products, they can be acquired individually or as a package through pledges on Kickstarter. Rubix has also informed us that a dock is also being created to work with the Augment case. Currently, the dock system is nothing more than a concept, but the company plans to bring it to life at some point after the initial Kickstater goal has been reached. Along with that, we’ve also been told that Rubix has plans to develop an Augment case for Apple’s next generation iPhone once it has been released.

The Kickstarter campaign is a little over 25 percent funded and the product pledges have an estimated delivery between August and July of this year. If you’d like to get in on the action, there are a few “early bird” specials, one of which will get you an Augment Case and Charge in colors of your choice for only $45. If you’d like to find out more, head over to Augment’s Kickstarter Page here.