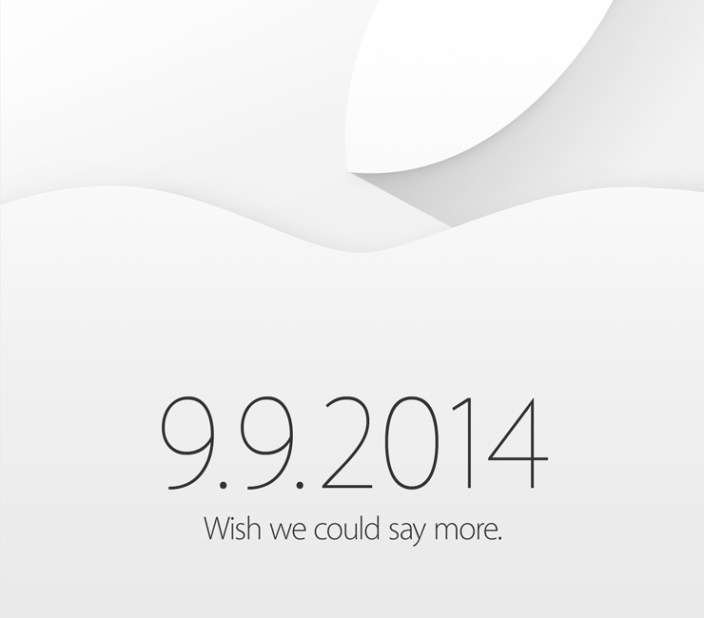 Apple has just sent out press invites for its latest event, via The Loop, where the company is expected to announce the iPhone 6. The event is scheduled for 10 AM Pacific Time on September 9th. Atypically, Apple is holding the event at a new venue, the Flint Center for the Performing Arts in Cupertino. This is the same venue that Apple introduced the original Mac, over 30 years ago. Apple has constructed a ‘three-story structure’ at the site, which may be used as the hands-on area after the presentation is over. Usually, Apple’s demo areas are only the size of a large room and do not span multiple floors.

Yesterday, Recode reported that Apple will also show off its new wrist wearable device (‘iWatch’) at the September 9th event. Unsurprisingly, the invite does not reveal specifics about what Apple will announce, bearing a rather bland image of the Apple logo coupled with the slogan ‘Wish we could say more’. Feel free to speculate what you think will be announced in the comments. A full screenshot of the email is after the break. As shown by numerous part leaks, the iPhone 6 should come in two sizes, 4.7 inches and 5.5 inches, although it is unclear whether the 5.5 inch version will be mentioned at the press event, as it is reportedly not set to launch for sometime after the 4.7 inch variant. The iPhone 6 models will feature a new A8 processor and come preloaded with iOS 8. Rumors of NFC — for some sort of mobile payments system — are also prevalent.

Details on the iWatch hardware are much more scarce. 9to5Mac has reported extensively on the device’s rich health and fitness capabilities, with Apple having hired many high-profile people for the project. In July, analyst Ming-Cho Kuo said that the iWatch will feature a flexible AMOLED display, although other reports about hardware specifics are hard to come by. Until Recode’s report yesterday, it was widely assumed that the iWatch would not debut until October.