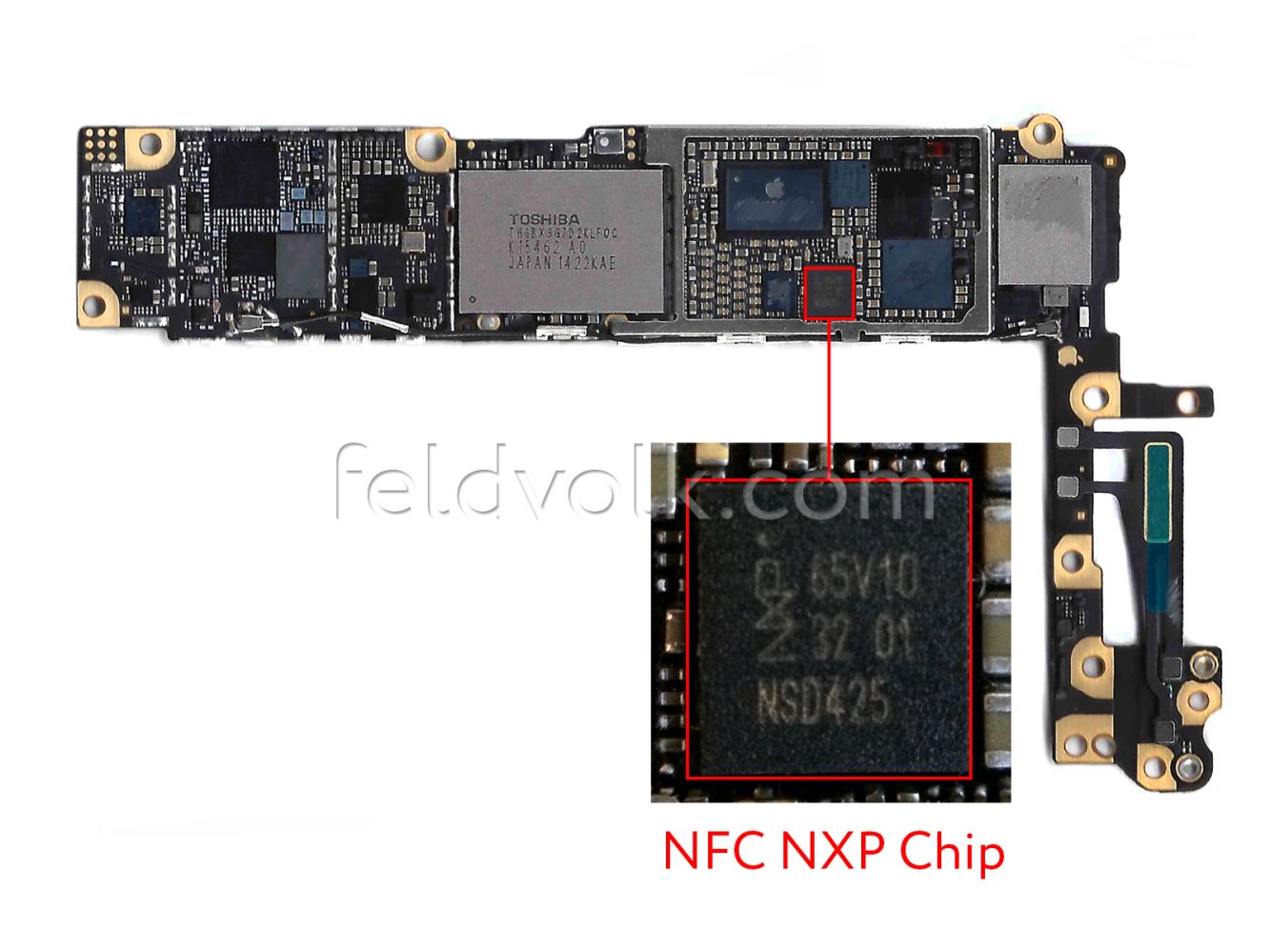 There’s no way to tell if these claims are legitimate, but as shown in the image above, the chip labeled with “NSD425” is said to be the NFC module from NXP. Along with that, there’s a side by side comparison between the A7 and upcoming A8 chip seated in their respective logic boards. There’s obviously no way to confirm if the parts shown in these photos are genuine, but Sonny Dickson has proven to be a reliable source for Apple-related information in the past and Feld & Volk have been on a roll lately with other leaks. A7 compared to the A8 chip on logic board.

Another interesting point is that the Toshiba module part number shown in the top image lines up with current NAND chips. If you take a look at this chart, the “7” in the middle of the part number consistently matches up with 16GB modules. While this could indicate that Apple’s low-end iPhone 6 will ship with only 16GB of storage, it’s possible that the logic board shown here is just a prototype. Previously leaked schematics have also indicated that a 128GB iPhone 6 model could be arriving as well. Apple is set to announce the iPhone 6 and possibly a new wearable on Sept. 9, 2014 at the Flint Center for the Performing Arts in Cupertino. Though new reports are claiming that while Apple’s wearable will be previewed at this upcoming event, it may not actually ship until 2015. Stay tuned for coverage.