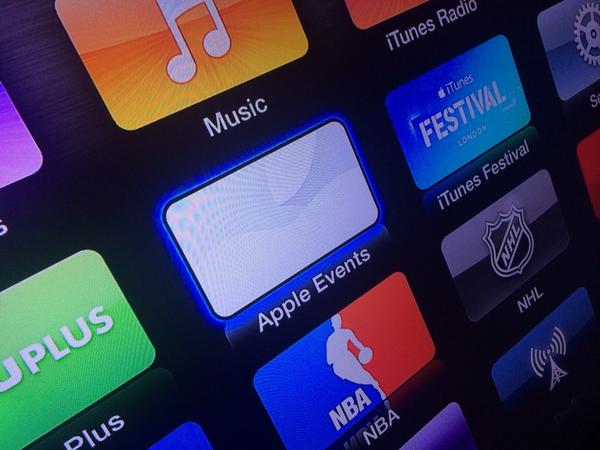 Apple announced on Thursday that it will broadcast this year’s iPhone event live for Safari and Apple TV users, and today Apple TV has revived the dedicated Apple Events channel for viewing the announcement live during the event. The channel usually remains for a short time after the event for on-demand viewing. As always, we’ll be sharing major announcements from Apple’s event for those who cannot view the live stream throughout the event.

As for what to expect from this year’s September event, it’s bound to be a big one with new iPhone models including 4.7-inch and 5.5-inch displays expected, a new mobile payment system through NFC and Touch ID, and a preview at Apple’s highly anticipated wearable device (the iWatch/iBand or whatever Apple has decided to call it). Some even believe we may see gold iPad Airs with Touch ID introduced… We’ll of course keep you posted with the very latest as it unfolds.

(Apple’s Live Events channel should automatically appear on Apple TV 2nd and 3rd generation devices, but you can navigate to Settings > General > Restart to prompt your device to reboot just in case your box is missing it.)