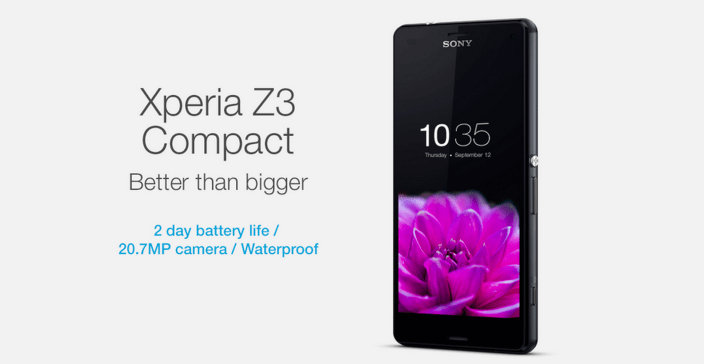 Samsung isn’t the only one mocking Apple’s new iPhone before the device even officially goes on sale tomorrow. Today Sony released its own jab at Apple with the ad above playing on Apple’s “Bigger than bigger” catchphrase for the new iPhone 6 and iPhone 6 Plus. The Xperia Z3 Compact device in the ad sports a 4.6-inch display about the same size as the iPhone 6, but the ad also points out a few specs the new iPhones can’t claim: 2 day battery life, 20.7MP camera, and waterproofing features.

On cue, Samsung and others have also joined in on the iPhone 6 mocking following Apple’s unveiling earlier this month.