Sketchy rumor suggests Apple will converge a refrigerator and a toaster, 12.9 inch iPad will run both iOS and OS X 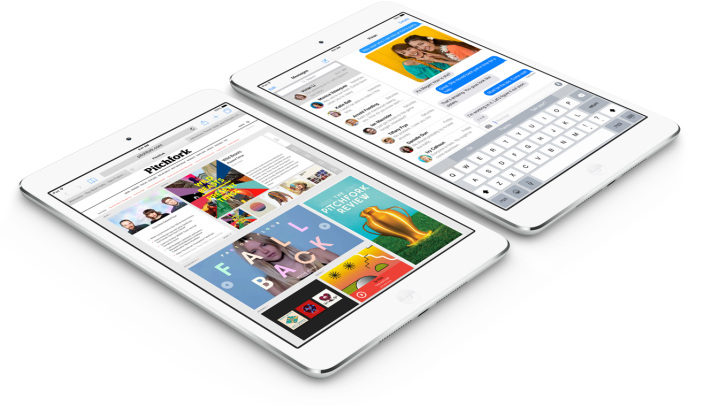 A new rumor from Digitimes makes the bold claim that Apple is working on an ‘iPad’ (tablet device) that runs both Mac OS X and iOS. This is sourced as ‘according to rumors in the upstream supply chain’, so read with skepticism. Supply chain analysis can often be incorrect about Apple’s future software plans.

The report says that two versions of a 12.9 inch iPad are in development. One of which is the more typical larger iPad that has been rumored for a while now, but the other is a multifunction device that can run both OS X and iOS. Digitimes notes that it does not know whether both devices will actually enter mass production for public release. It indicates the larger iPad is currently headed for an early 2015 debut. Frankly, a 2-in-1 device seems unlikely.

On an earnings call from 2012, Tim Cook described Windows tablets (which have both desktop and ‘Metro tablet’ modes) as a converging of a refrigerator and toaster … a combination he claimed Apple doesn’t want to make.

And it was on that last point that Cook had a lot to say. When asked if Apple was planning to merge its tablet and laptop products, much as Microsoft is proceeding with Windows 8, Cook responded with a quip: “You can converge a toaster and a refrigerator, but those aren’t going to be pleasing to the user.”

Cook elaborated that converging the iPad with a laptop would result in tradeoffs, ones Apple isn’t willing to make. “We are not going to that party, but others might from a defensive point of view.”

Unless Apple will bring OS X to ARM, Apple would need two separate CPU architectures inside the machine to function. Moreover, OS X would require a lot of software tweaks to make it touch-optimized for a tablet. There has been no evidence so far that this is happening. On the opposite side of the coin, we have seen evidence that Apple is developing a more advanced split-screen multitasking mode for iOS, giving more weight to the fact that traditional iOS is the route Apple wants to follow with the large tablet.

Apple is expected to hold another press event on October 16th to announce new iPads, new iMacs and Yosemite but the 12.9 inch variant is not ready for this event. The large iPad is expected in the first half of 2015.