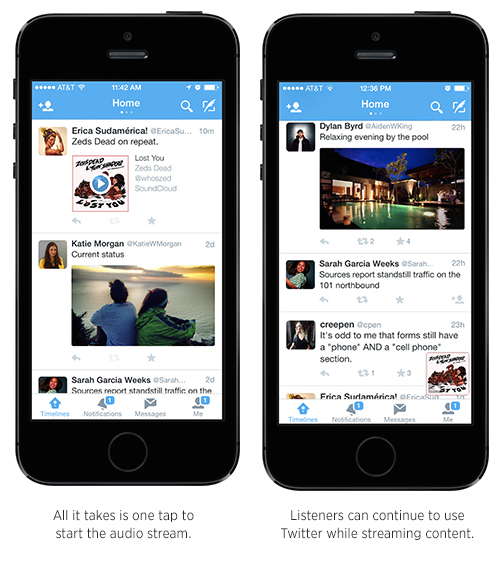 Twitter announced a change coming to its mobile apps today that allows users to play music directly from a tweet. The new Twitter Audio Card will allow certain users (there’s a list on Twitter’s blog) to share audio uploaded to SoundCloud with users in-line. Users will be able to listen to these embeds while they continue browsing their timelines.

Twitter says it’s just starting to test the feature right now and plans to roll it out to more content creators and partner audio sites in the future. You can try it out in Twitter for iPhone right now.