The twist-off bottom cover of the previous model is gone, with a new plastic cap needing to be levered off. Beneath this is a plate with three tamper-proof screws. 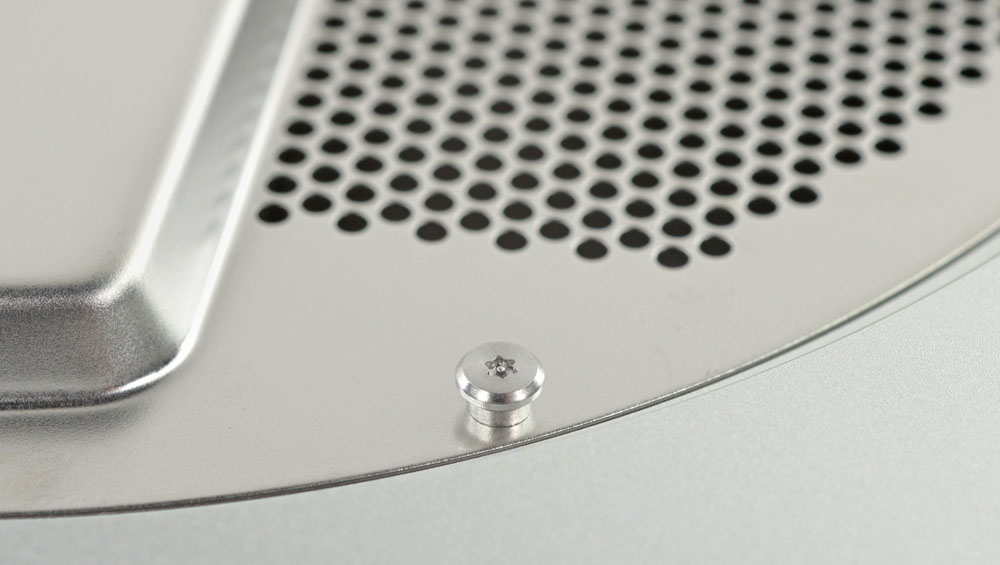 iFixit identified these as TR6 Torx, and said it was the first time it had ever seen these in use. The company’s Torx drivers only went down to T7, so they had to improvise – but will be getting TR6 drivers in stock.

The WiFi antenna also hampers access, but the good news, says iFixit, is there is no glue to contend with.

There is better news on the drive front: it can be replaced, albeit only by pretty much dismantling the entire machine. 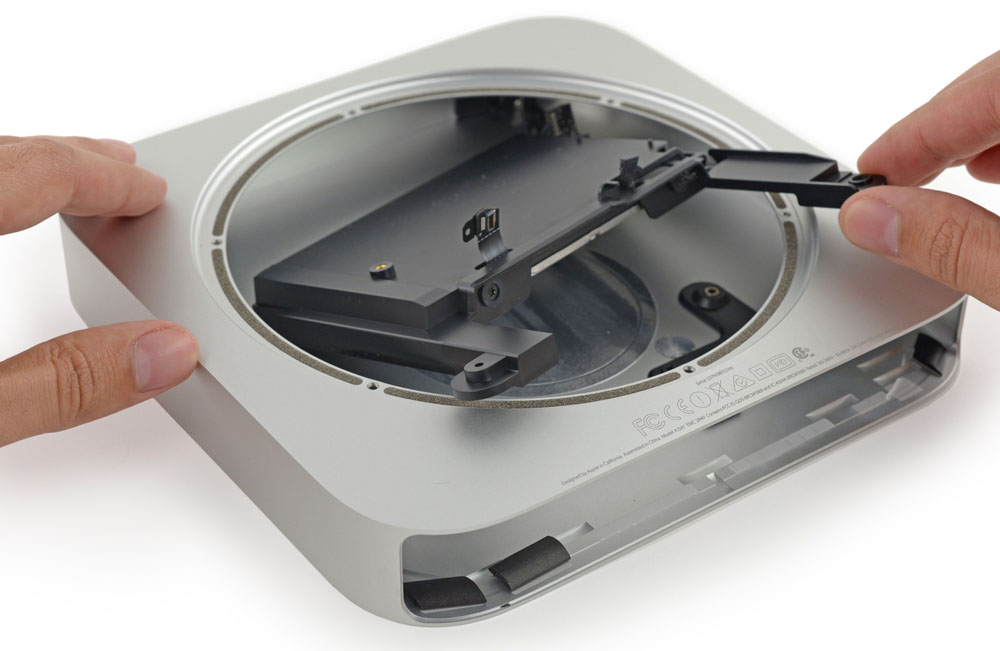 iFixit tested this by replacing the 5400rpm hard drive of the base model with the SSD it pulled from its earlier Retina iMac teardown. While the new Mac mini is single drive only, iFixit did note an empty socket that it thinks may allow a blade SSD to be added; it will be investigating this.

You do, of course, have the option of connecting external drives, and Macminicolo‘s view was that a second Thunderbolt port is a good trade-off the for missing Firewire 800 one now that the price of Thunderbolt drives is starting to fall.

iFixit notes that the AirPort card is now a full PCIe one, supporting WiFi ac, and found that the new fan – while visually identical – in fact now has contact-free bearings, with fluid lubricant carrying the load.

MacminiVault’s view was that this model is a “transitional” one. Though they described it as solid, they believe next year’s model is likely to have Broadwell/Skylake microarchitecture, offering a significant performance jump. It also still holds out hope of a smaller power supply allowing the size of the mini to be reduced.

More teardown photos on the iFixit and MacminiVault sites.