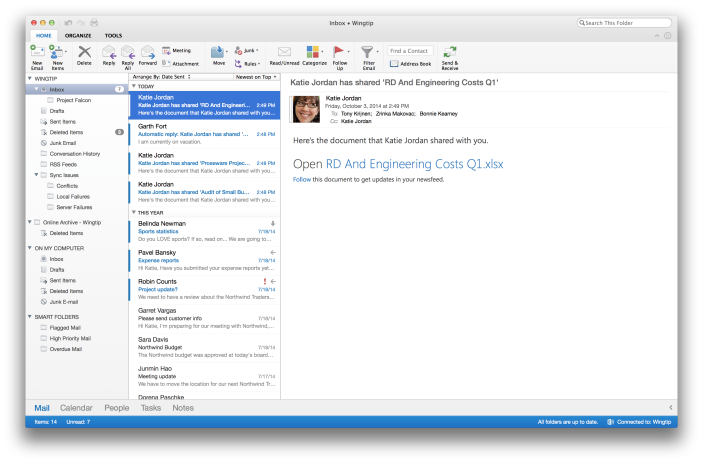 Microsoft has today announced an updated version of its Outlook for Mac software with an updated design and performance improvements. The new version of email, calendar, and contacts app from Microsoft is available through the company’s Office 365 subscription service,  and Microsoft says it offers a more consistent experience with the iPhone and iPad versions.

The company’s announcement follows a report earlier this week that a new Office for Mac is on the horizon (now confirmed), which itself followed leaked screenshots claiming to show the new version of Office for Mac (which is likely actually today’s Outlook for Mac update).

Mac users have long awaited an overhauled version of Office for the platform as the last big release initially debuted in 2010. Microsoft has since focused its efforts on mobile and cloud apps including the Office for iPad suite released earlier this year and subsequent updates.

Microsoft says the new version of Outlook for Mac delivers:

Office 365 subscribers can get the new Outlook for Mac through the following channels:

For users running Office for Mac 2011 including Outlook 2011, Microsoft has a support guide for setting up the new version of the OS X app.