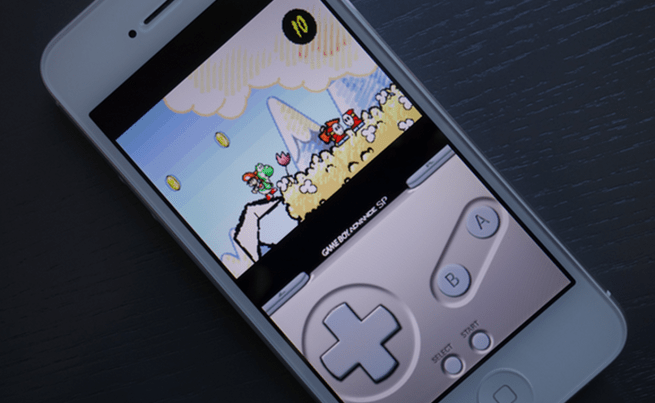 TechCrunch points to a newly published patent filed by Nintendo that shows the company is interested in bringing Game Boy titles to mobile devices through emulation technology. Many emulators exist online to mimic old consoles and allow gamers to play back catalogs of games converted to ROM files on Macs and PCs, and Nintendo could possibly do the same to officially bring titles to mobile devices without much heavy lifting in terms of rewriting the games:

A software emulator for emulating a handheld video game platform such as GAME BOY.RTM., GAME BOY COLOR.RTM. and/or GAME BOY ADVANCE.RTM. on a low-capability target platform (e.g., a seat-back display for airline or train use, a personal digital assistant, a cell phone) uses a number of features and optimizations to provide high quality graphics and sound that nearly duplicates the game playing experience on the native platform. Some exemplary features include use of bit BLITing, graphics character reformatting, modeling of a native platform liquid crystal display controller using a sequential state machine, and selective skipping of frame display updates if the game play falls behind what would occur on the native platform.

A number of Game Boy emulator apps have unofficially arrived for iOS devices in the past, but Apple doesn’t allow game emulators, which are quite the grey area, in the App Store. Several have snuck past app reviewers disguised as other apps and other solutions exist outside the App Store. Things are different on Android, however, where emulators for Game Boy and other gaming consoles are available to download on Google Play.

So far Nintendo has been one of the big holdouts in the gaming world when it comes to bringing popular titles to the App Store and iOS devices. It has continued to keep its first-party games for its own platforms, where it already emulates its back catalog of popular games from older consoles, but hasn’t shown much interest in embracing iOS or Android.