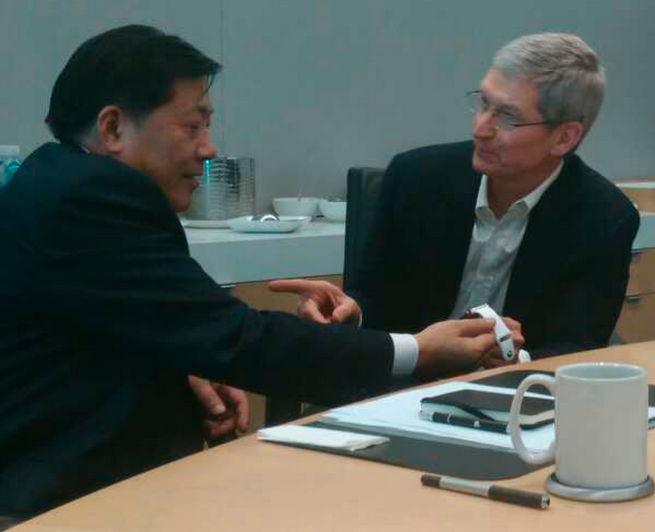 Apple CEO Tim Cook alongside Facebook’s Mark Zuckerberg, Amazon’s Jeff Bezos and other tech executives recently met with China’s Cyberspace Administration ministerLu Wei while the government official was in the US, according to a report from China’s government-run china.com.cn (via Bloomberg).

The website published the photos above showing Cook and Zuckerberg with Chinese officials, but it didn’t disclose any details regarding the reason behind the meetings. In one photo, however, Cook appears to be show Chinese officials the Apple Watch, while the translated report from china.com.cn also mentions the upcoming device. In addition, the report seems to hint that security was a topic of conversation at the meetings.

Also in attendance at the meetings, according to Bloomberg, was Baidu Inc. Vice President Zhu Guang and Amazon CEO Jeff Bezos. China.com.cn also posted images of meetings with Zuckerberg and Bezos (below):