The best iPad, iPhone + Mac accessories at the 2015 CES

There are thousands of new Apple accessories at the 2015 CES – so many that it’s hard sometimes to separate what’s truly cool from everything else. Starting with HomeKit-integrated accessories, here’s our running list of the best new iPad, iPhone, and Mac products 9to5Mac has seen at the show. We updated this article on January 9, 2015 – the final day of CES – to include our last batch of top picks. 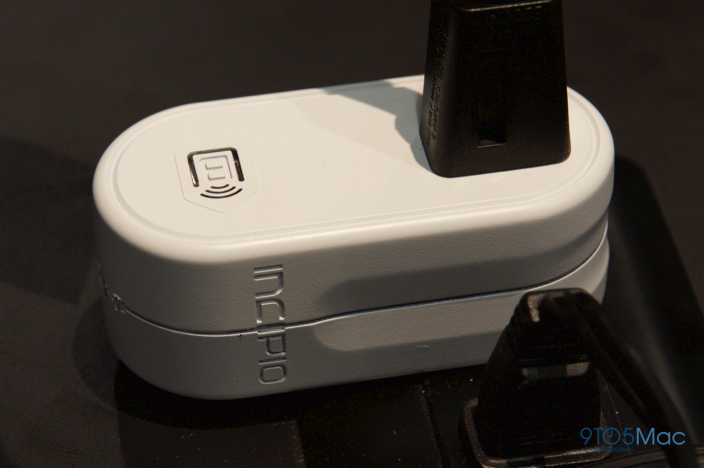 The Apple HomeKit-compatible (and Siri-controllable) Incipio Direct Wireless Smart Outlet and Wireless Smart Light Bulb Adapter deserve their “smart” name for one big reason: at $25 each, you aren’t getting ripped off adding iOS and voice control to your home lights and wall outlets. Anyone can afford to make a house or apartment smarter with these.

Peace of mind has value, and the biggest concerns for iPhone 6 Plus users are accidental bending and glass shattering. Armed with steel bars that reinforce the iPhone’s back and subtly aid in grip, Incipio’s “defend against the bend” case Trestle ($40) instantly eliminates bend and shatter concerns in a design that is also really neutral visually. Three colors are available, and we’ve been loving the one we started using at the beginning of CES. 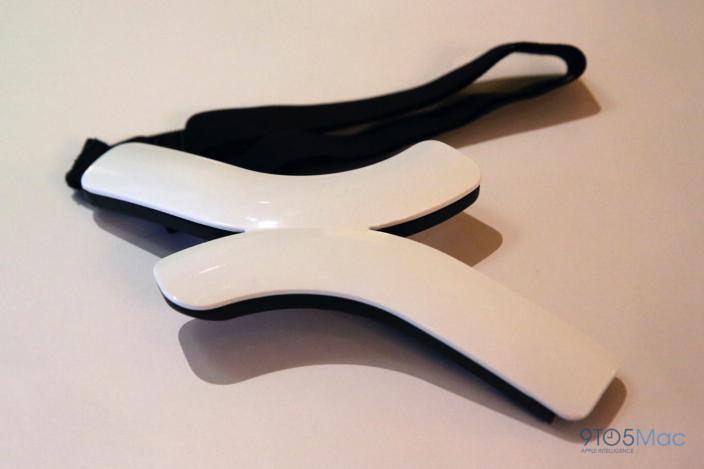 To get an obvious question out of the way, we would have been excited by Qardio’s upcoming QardioCore even if the company wasn’t sponsoring our CES coverage – at $449, this definitely isn’t a product for everyone, but it’s a potential life-changer (and life-saver) for people who need it. QardioCore is designed for users who have a medical need for continuous EKG-grade heart monitoring, but want something iOS-compatible and much easier to wear on the chest than typical heart monitors. Any user who has been diagnosed with a possible (or actual) heart condition will understand why this iOS Health-ready device and accompanying app will make it easier to gather and communicate granular data to a doctor than classical monitoring devices. It took a few generations, but iPhone add-on lens maker Olloclip now has the complete ecosystem together needed to satisfy all of their potential customers: multiple add-on lenses ranging from the previously-released 4-in-1 to the just-announced iPhone 6/6 Plus Telephoto Lens + Circular Polarizing Lens ($100) set, plus these new $35 iPhone 6/6 Plus cases that are both independently worth using, and also compatible with the lenses. We’re genuinely excited about being able to use the parts together; the prior-gen iPhone 5/5s version is available here. 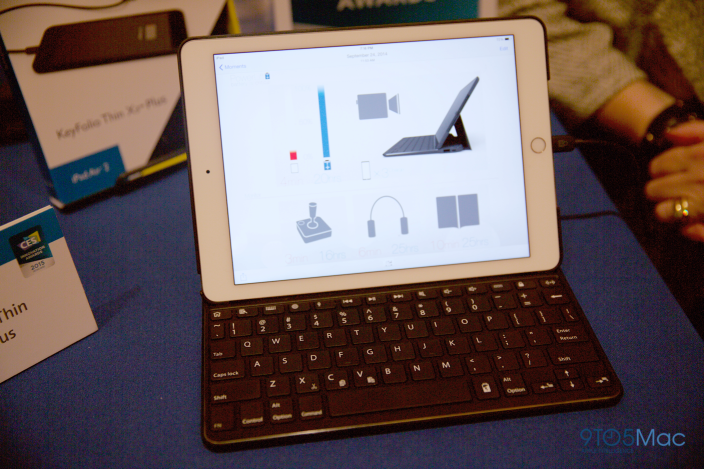 Great iPad Air 2 cases continue to be few and far between at CES, but Kensington’s KeyFolio Thin X3 Plus ($120) is a slender, Air 2-specific design with a large internal battery that powers either the keyboard or a USB device of your choice. The latest design has a nicer nylon exterior than the prior version, though the keyboard backlighting has been removed.

iHome’s SoundFlask ($50/$100) is set to become a seriously popular Bluetooth speaker option. The smaller pocket-sized and larger bar-sized versions both use a hip form factor to hold speakers – not booze – with a variety of different color and material choices.

While it isn’t cheap by traditional padlock standards, Fuz’s Noke ($60) (pronounced no-key) isn’t the typical padlock: powered by a one-year battery, the steel and boron lock is unlocked using a Bluetooth device rather than a key — with backup options if the battery runs down or you don’t have the unlocking app handy. It’s a cool application of wireless technology to increase the convenience of a traditional tool. Find out more about the Fuz’s Noke padlock here. 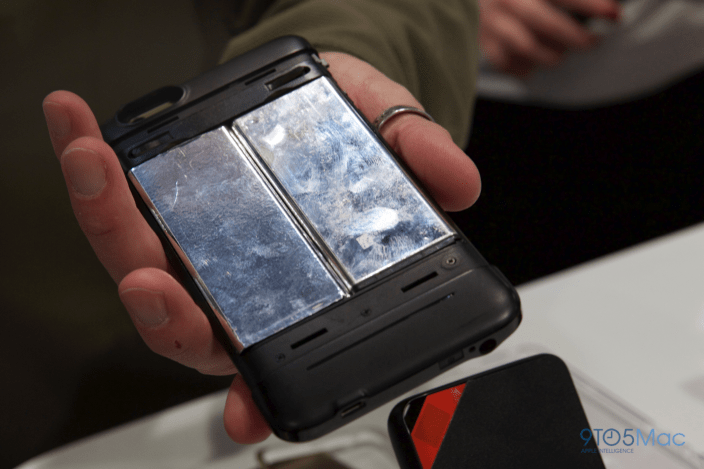 Apple finally solved the battery life issue with the giant-sized iPhone 6 Plus, for the first time delivering a phone that can survive a full day even in the ultra-challenging wireless environment of CES. But if you’re traveling and will not be near a USB or wall outlet for a while, you may feel that you need a battery case, and the new iBattz Refuel Invictus for iPhone 6 Plus ($130) is the first modular power solution out there: without adding ridiculous thickness, it includes twin 3000mAh batteries that can be individually hotswapped without removing the rest of the case. It will ship in March; a $100 3200mAh version for iPhone 6 is coming in February. 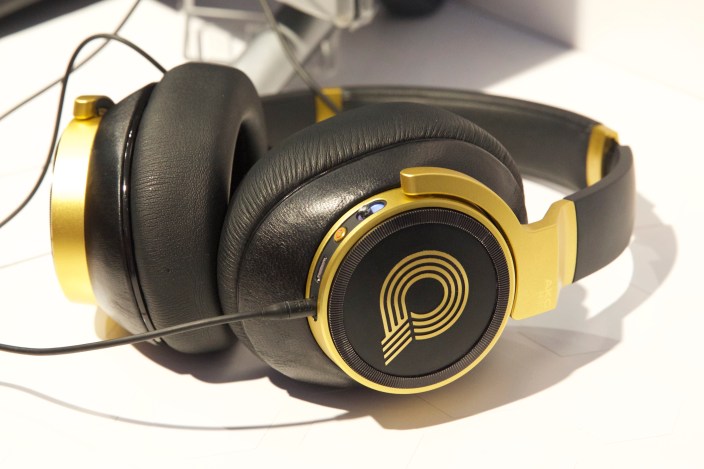 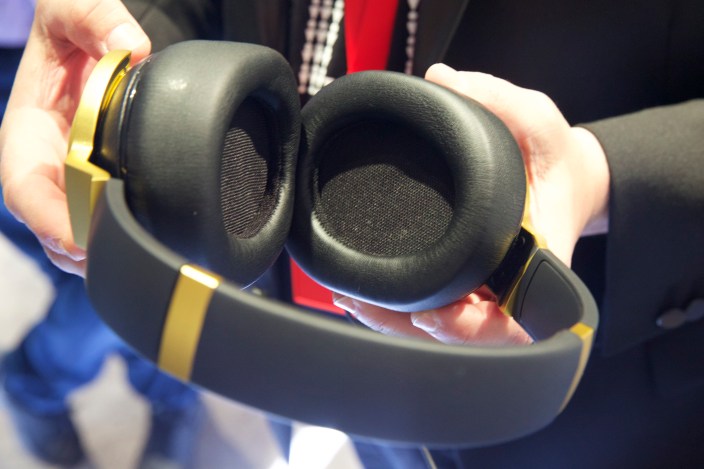 Vaunted Austrian headphone maker AKG only occasionally releases super high-end headphones, so the debut of N90Q ($1299) is a really big deal – though not particularly affordable. These over-the-ear headphones begin by using a sonic system to measure the ears inside, adjusting the frequency response to match the current user’s inner ear canals. Then they deliver powerful, detailed sound across the entire audio spectrum, with incredible spatialization that really lets you hear every nuance of your favorite songs. While N90Q is iOS-compatible, AKG demonstrated it with both an iPad and a computer-based DAC, noting that the headphones really take advantage of better-quality audio hardware. 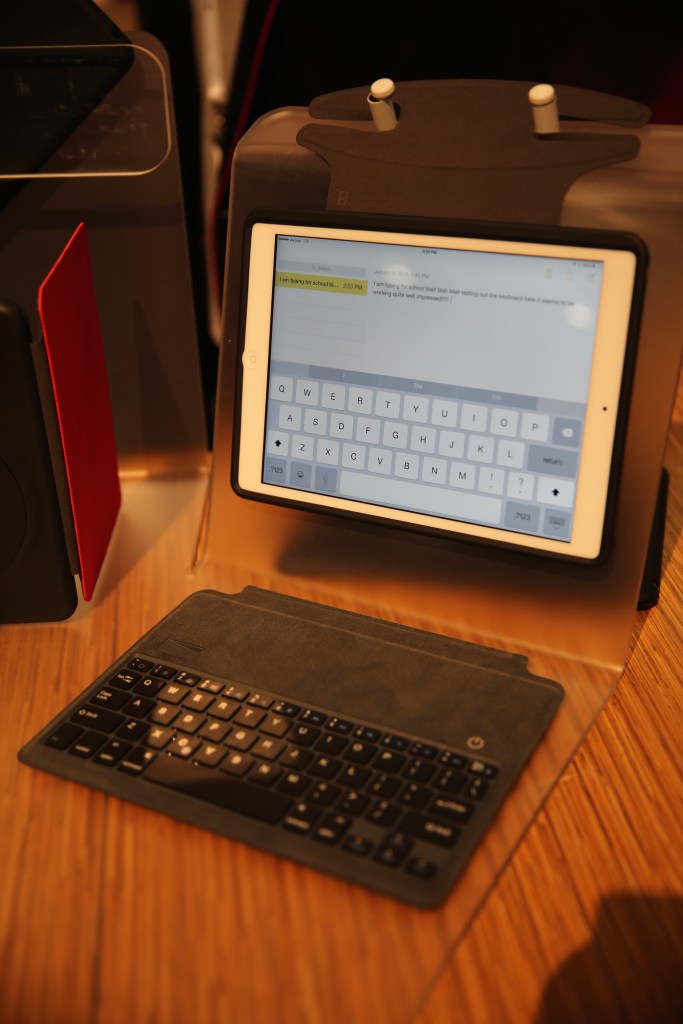 ZeroChroma makes the best iPad cases we’ve tested, thanks to some fantastic integrated rear stands that let Apple’s tablets stand up anywhere. Its latest Folio-Slide case, revealed at CES, is iPad Air 2-compatible for $70, and it will enter the Bluetooth keyboard market with a $100 bundle that uses this incredibly slimline, detachable Keyboard Lid. We’ll have a lot more to say on it soon. 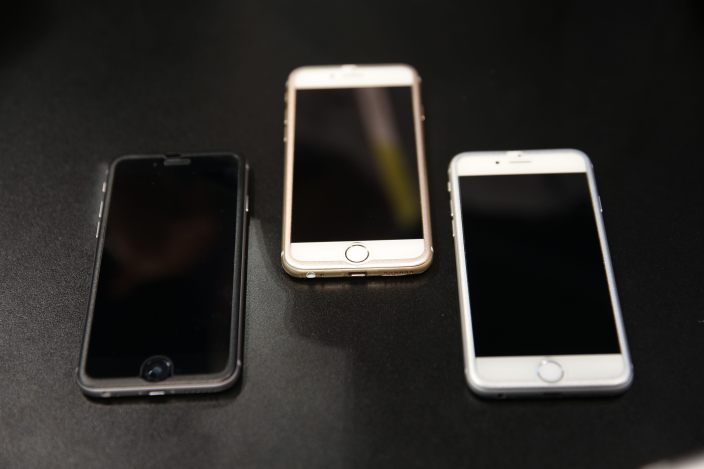 BodyGuardz makes screen and body film for numerous devices, so it’s not surprising that it was very early to figure out a solution to properly protecting the curved glass screens of iPhone 6 and 6 Plus models. The Crown retains the tempered glass of its earlier premium ScreenGuardz Pure screen protectors, and adds curved metallic edges that cover and blend into each iPhone’s sides. It’s hugely better-looking than current glass covers, which fall short of the iPhone’s screen edges. 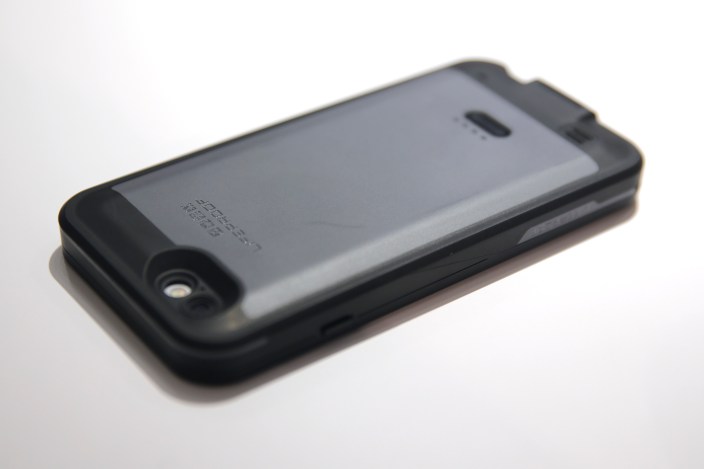 LifeProof makes the slimmest (and typically the best) waterproof cases for iPhones, a philosophy that served it exceptionally well in debuting Fre Power ($130). This iPhone 6 accessory manages to pack a 2600mAh rechargeable cell into a smaller ruggedized, waterproof enclosure than some competitors’ non-battery rugged cases. It’s promised to deliver a complete iPhone 6 recharge, which might be a little optimistic, but we’ll see when it’s released. If it comes close, it’ll still be very impressive. 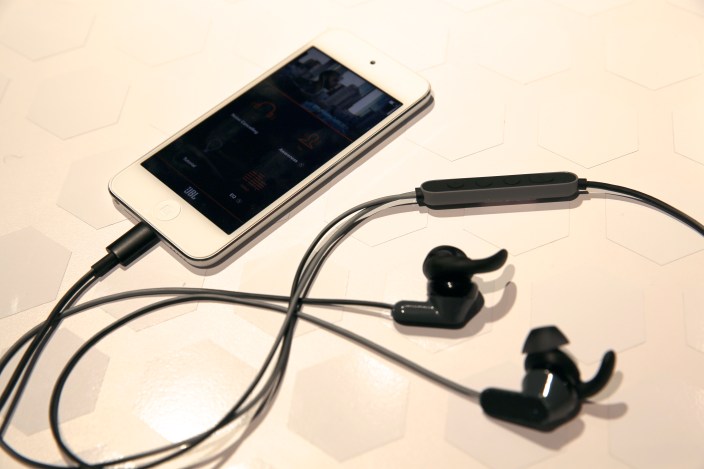 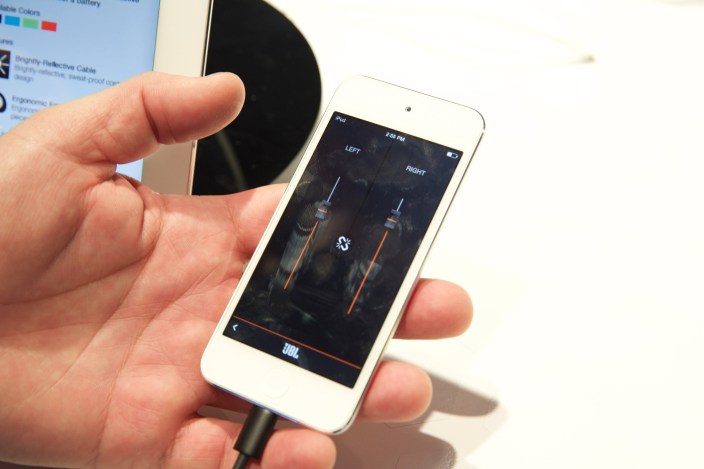 We don’t lightly or blindly offer praise for JBL’s upcoming Reflect Aware in-ear headphones ($130), which are the first actually working headphones we’ve seen with a Lightning connector rather than a 3.5mm plug on the bottom. Reflect Aware actually leverages the Lightning connection to let you dynamically change noise cancellation levels – separately for each earphone (!) – as well as equalization, so you can alter both how music sounds and how much ambient audio can be heard at the same time. This also marks the first major change to Apple’s three-button remote control in years, featuring a new dedicated Siri activation button in addition to volume and play/pause controls.