Opinion: Could there be method in Apple’s apparent madness in removing freebies? 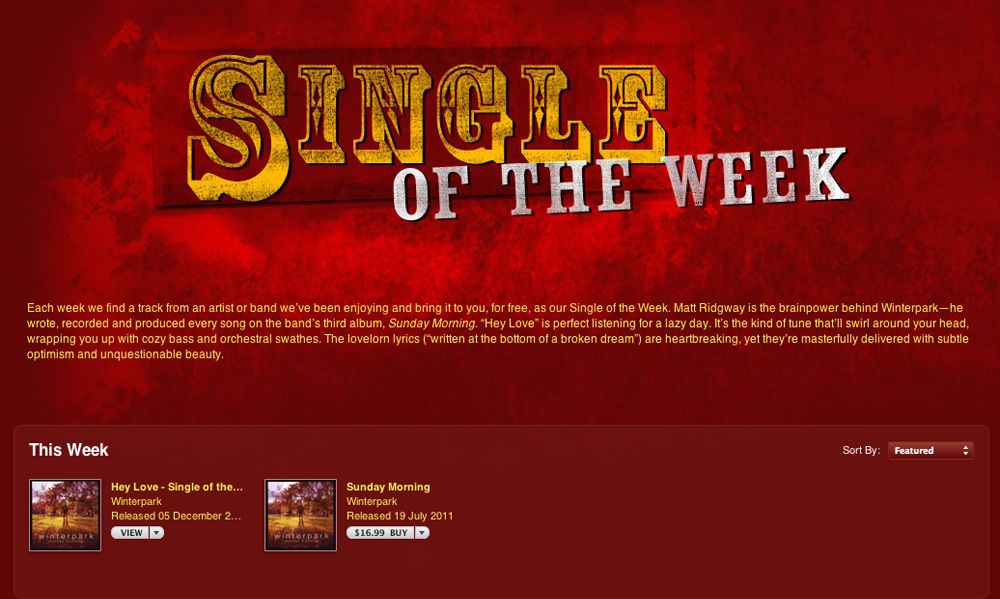 I was extremely surprised when Apple made the decision to drop its Single of the Week, after doing the same thing with its 12 Days of Christmas promo. As I wrote then, the free single seemed a win-win-win: consumers got free music, lesser-known artists got exposure, Apple got the goodwill that stems from giving away free stuff.

But thinking more about it, perhaps there is method in Apple’s madness after all. Let’s start with the obvious point: the company is about to launch an Apple-branded Beats Music service, and it would then make sense to say that this, not iTunes freebies, is the way to discover new music.

But it’s not just music: 12 Days of Christmas was content of all types, apps included, so I think there could be a bigger picture here. Bear with me while I make that case in a slightly roundabout fashion …

Compare and contrast Android and iOS. Android wins on raw numbers: it has by far the biggest market share, and while there are roughly the same number of apps available on both platforms, more Android apps are downloaded (as there are more owners to download them).

But where the money is concerned, it’s a totally different matter. Apple announced last week that the App Store generated over $10B in revenue for developers last year. Android revenue is lagging way behind. And while Google may take heart from the fact that Play Store revenue more than doubled last year, closer examination of the source of that revenue reveals that just 2% of it came from paid apps. The other 98% came from advertising and in-app purchases.

Flurry analytics shows that there is a risk of Apple following Android down this slippery slope: 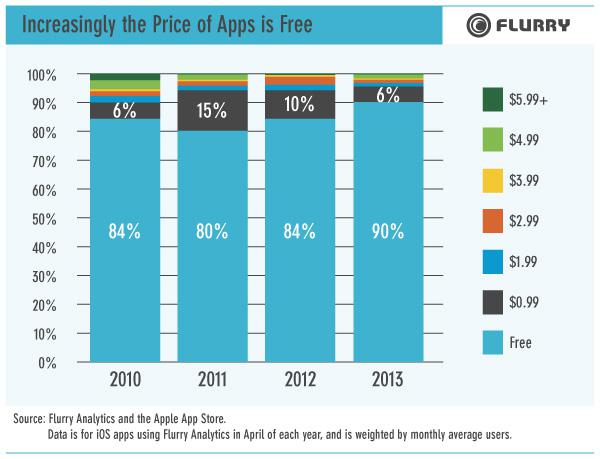 The great danger here is that in-app purchases may not, in the long-term, be a sustainable business model. There has already been a backlash against in-app purchases in kids’ games after some high-profile cases, class action suits and regulatory scrutiny, with Apple offering refunds on purchases made by minors.

More recently, that controversy has extended to the whole notion of in-app purchases. Back in November, Apple changed the ‘Free’ button to ‘Get’ following objections that the free label was misleading when in-app purchases were required to make full use of the app.

And I think this may get worse. In the old days, it was pretty simple. You either got all the functionality in the free version and could pay to remove the ads, or you had a free lite version and a paid pro version that allowed you to try out the free app before deciding whether you wanted to lay out the cash on the paid one.

But with games in particular offering multiple in-app purchases, it can be hard to predict the true cost of an app. That, in my view, is somewhat distasteful. Perhaps even veering slightly toward sleazy? There is a lot to be said about the simple honesty of a single, upfront price.

What has all this to do with Apple apparently moving away from freebies? Perhaps it’s an attempt to change the culture. To move us away from an increasing expectation that content–be it apps, music, movies or anything else–should be free. To stand for the idea that content is worth paying for.

Sure, it may be sacrificing revenue in the short-term by doing this–as several commentators observed in the news piece. But if it can succeed in moving expectations away from things being free, perhaps it makes sense in the longer-term.

Think about Apple’s own positioning in the market. You know you’ll never be able to buy a cheap Apple product. You’re paying a premium for quality (though not necessarily a large one). What if it could adopt that same positioning for content? What if it could say ‘If you want freebies, head over to Android; if you want quality content, buy it here’?

I realize of course that I’m stretching a couple of small pieces of data very thinly. Perhaps to the breaking point. But there has to be some logic behind the decision; I do think the in-app purchasing model may eventually come under threat; and I do think Apple needs to do something to reverse the trend toward content being free.