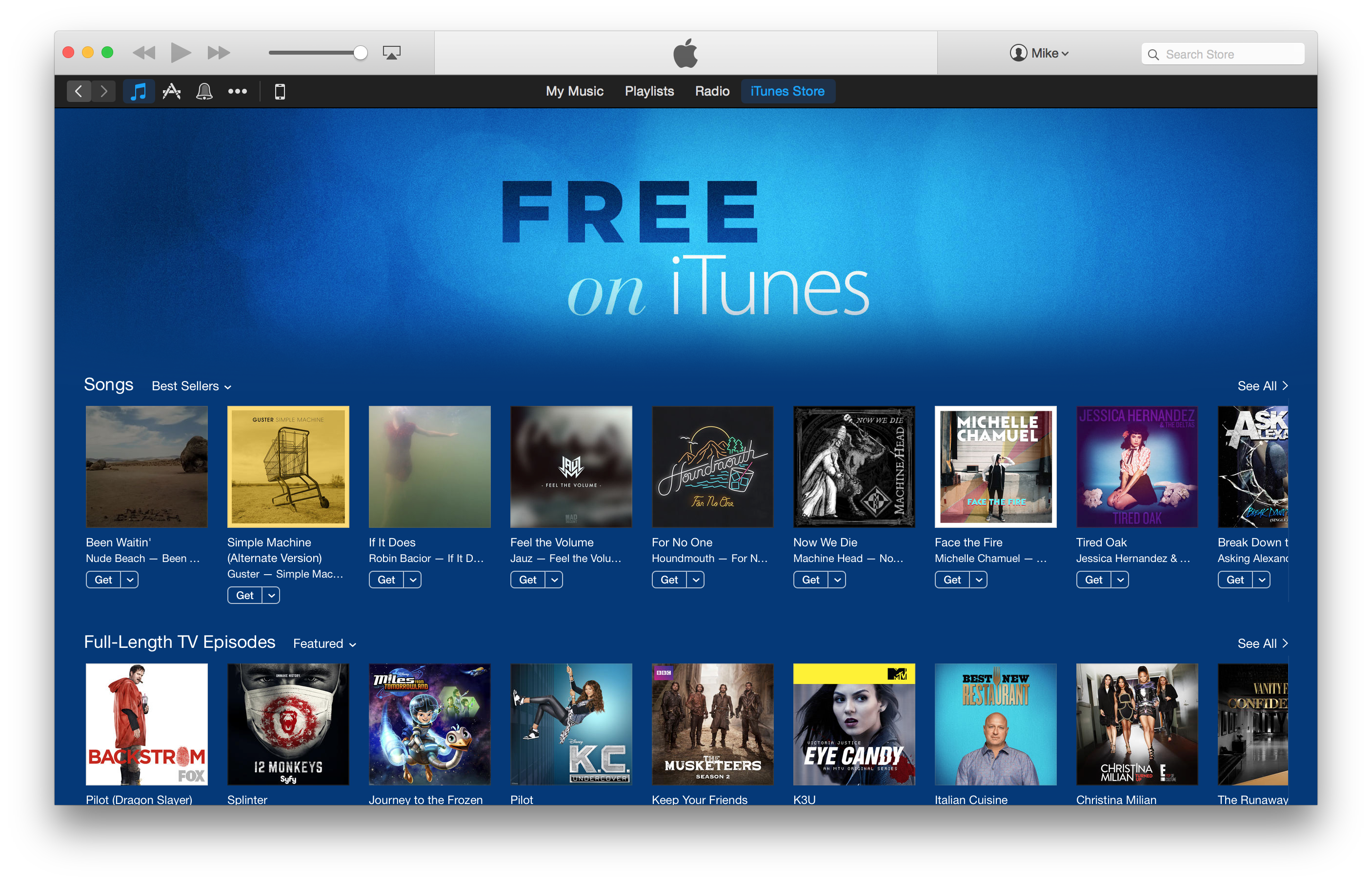 Following the removal of the free iTunes Single of the Week promotion, Apple has created a new section in its music store (at least in the United States, for now) called “Free on iTunes” that gives users the chance to download new songs and TV shows on-the-house.

This new section includes music from artists like Purity Ring, Machine Head, and Guster, as well as select episodes of shows from FOX, MTV, SyFy, Animal Planet, and more. You won’t find any music videos or full-length movies in this section, understandably, but it seems Apple has decided against eliminating freebies altogether.

Some users may recall that Apple previously had a similar section on the store, also called “Free on iTunes,” for several years. The section faded away without much fanfare, but it appears Apple has taken an interest in bringing it back with this new section. Rather than focus on the most popular hits, the new version of this promotion seems to feature lesser-known tunes to help users find new favorites.

Thanks for the tip, Logan!

free Single of the Week free on itunes