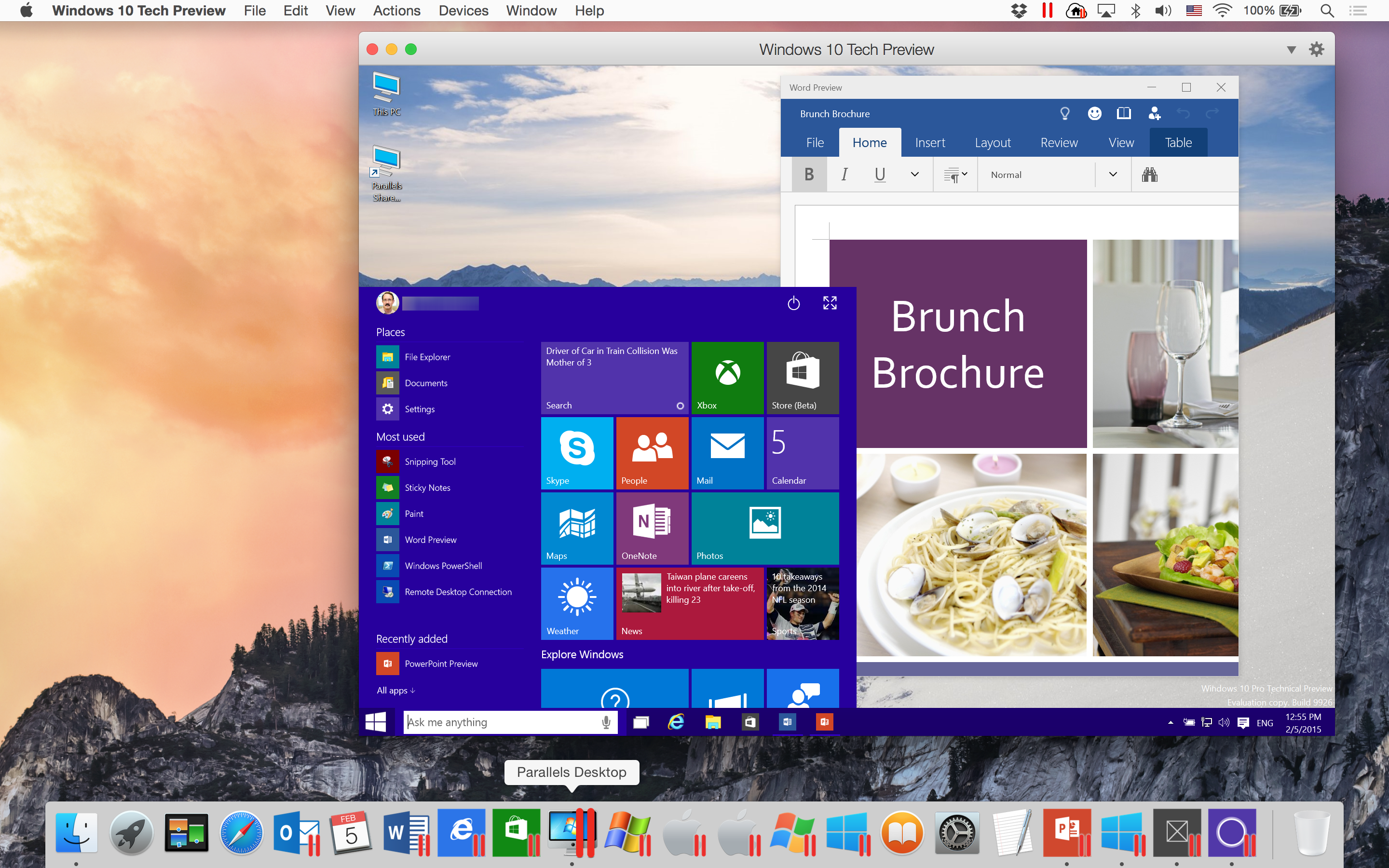 Parallels announced this evening that its virtual machine software Parallels Desktop 10 for Mac has been updated with “experimental” support for the technical preview of Windows 10 from Microsoft. Users who want to take the latest version of Windows for a test run without overwriting their existing Boot Camp installation or creating a new partition can now do so safely and free within the confines of a VM.

The update also adds the ability to run the new preview version of Office for Windows 10, which includes updated versions of Word, PowerPoint, and Excel. Microsoft announced earlier this year that Windows 10 will be a free upgrade for one year for any users running Windows 7 or later.

Renton, WA, USA – February 11, 2015 – Parallels announced today that Parallels Desktop 10 for Mac (parallels.com/desktop) provides experimental support for Windows® 10 Technical Preview and Office Preview for Windows 10 which includes Word, Excel and PowerPoint. Now users who wish to try the newest OS from Microsoft® safely and easily can do so without the inconvenience of deleting an existing OS or the uncertainty of installing a new and nonfinal version of Windows 10 directly on their machines. The Parallels Wizard makes it simple to download the Windows 10 Technical Preview directly from within Parallels Desktop, creating a virtual machine to try out everything Windows 10 has to offer, including such features as the new Start menu, Photos, Maps app, Cortana and Windows Store beta which offers Office Preview for Windows 10.

“Parallels Desktop enjoys very strong support among software developers and IT pros. We are happy to deliver all the tools they need to quickly and safely test or run the latest OS and applications, now including the Windows 10 Technical Preview,” said Parallels president Jack Zubarev.

Early adopters who want to try out Microsoft’s latest OS and offer feedback have the option to do so in Parallels Desktop without having to erase their existing OS. Mac® users can download a free two-week trial of Parallels Desktop and use the Parallels Wizard to install and try the free Windows 10 Technical Preview today.

Parallels Desktop for Mac Enterprise Edition is available via parallels.com/business.

Parallels is a global leader in hosting and cloud services enablement and cross-platform solutions. Parallels began operations in 2000 and is a fast-growing company with more than 900 employees in North America, Europe, Australia and Asia. Visit parallels.com for more information.