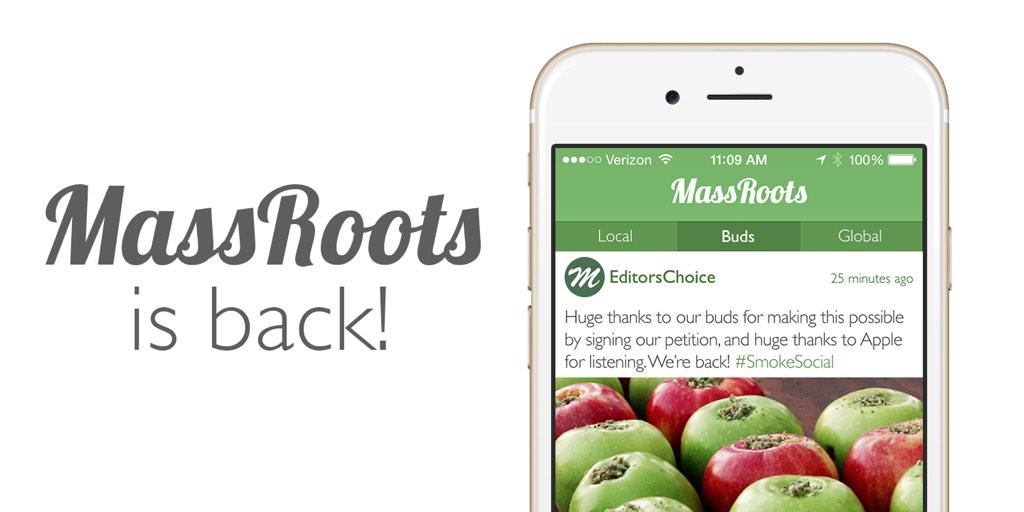 Apple has apparently been revising its app review strategy this week and has decided to reverse a previous decision that banned MassRoots, a marijuana-centric social app, from its software storefront. The application was booted from the App Store late last year (though it lasted much longer on the store than some other apps).

According to App Store guideline 2.18:

Apps that encourage excessive consumption of alcohol or illegal substances, or encourage minors to consume alcohol or smoke cigarettes, will be rejected

MassRoots announced today that Apple has agreed to allow the app back in the store as long as it is restricted to users located in one of the 23 states where medical (or recreational, in some cases) marijuana is legal. This safeguard is intended to prevent the software from violating rule 2.18. The company said in a blog post that it intends to implement even more checks to ensure its compliance with the rule.

MassRoots is available on the App Store for free, and has been updated to version 3.0 with a revised user interface.