Launch Center Pro is coming to the Apple Watch 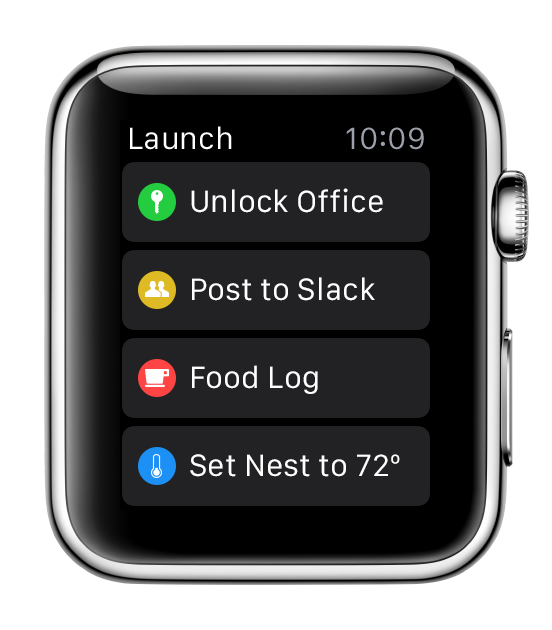 David Barnard, CEO of Contrast, has today announced that they will be bringing a slimmed down version of Launch Center Pro to the Apple Watch. You can see how the app has been transformed from the grid appearance of the iOS version to a simple list, to optimise screen real estate on the Watch’s much smaller display. This means users can initiate quick actions from their wrist, rather than digging their phones out of their pockets.

The company will ‘hopefully’ have the app available in the App Store when the Watch ships sometime in April.

Another tweet indicates that the company is working on more WatchKit apps as well.

I’m incredibly excited about Apple Watch, and am working on other apps for it. I’m not at all skeptical it’s going to sell really well.

In February, Apple invited over a hundred different developers to Cupertino to finish up their WatchKit apps in anticipation of the March event. It is expected that some of these apps will be demoed on March 9th.