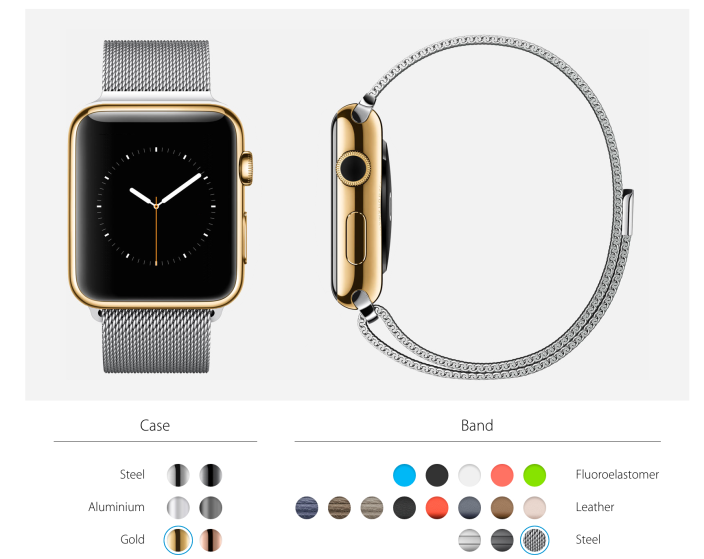 MixYourWatch.com: We know Apple will have bands sold separately as accessories when Apple Watch launches, but we’ll have to see what style of bands it has for sale. In other words, the gold case with steel milanese loop combo pictured above might not be an option if the band isn’t available separately (not that you’d want that combo anyway). But you can at least dream up your favorite combo now using MixYourWatch and hope Apple delivers with more than just its Sport bands when the device launches. Here are a few not so great combos I made:

WatchAware.com: App developers have slowly been announcing upcoming Apple Watch apps. A second tool on WatchAware.com collects them all in one place and lets you flip between App, Glance, and Notification views to get a feel for how the apps will work on the Watch.

Some of the apps you can already check out on the site include Pinterest, American Airlines, MLB at Bat, Run 5K, Twitter, and some of Apple’s own apps like Maps.

We’ll of course be bringing you live coverage of Apple’s March 9 event where the company will likely give us a second look at Apple Watch and maybe show off new features, pricing, and availability ahead of the device’s April launch.