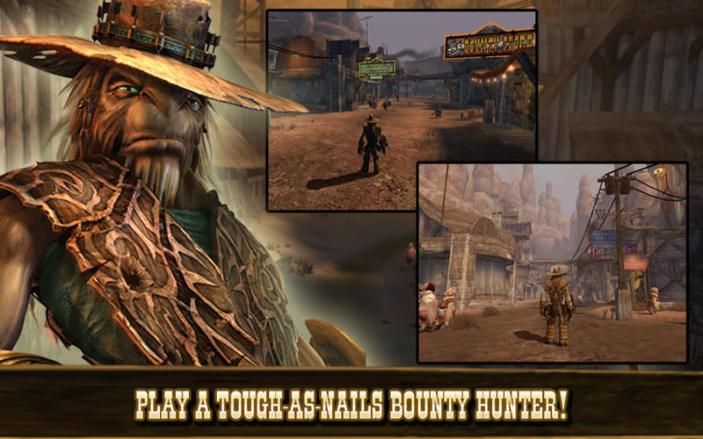 New for the Mac version of the game: iCloud integration so you can save and continue playing on iOS, gamepad support and fully mappable keyboard/mouse controls, Game Center achievements/leaderboards, and support for all Mac resolutions including Retina displays and the new 5K iMac.

The 20+ hour game developed by Oddworld Inhabitant is one of the latest releases in the popular Oddworld series despite having first launched around 10 years ago on the original Xbox. The well-received game ditched the classic Oddworld scrolling puzzler gameplay and instead offers a half first-person shooter, half third-person platformer with lots of the usual Oddworld exploration and a theatrical soundtrack.

Oddworld: Stranger’s Wrath is available for $9.99 on the Mac App Store now. Launch trailer below: