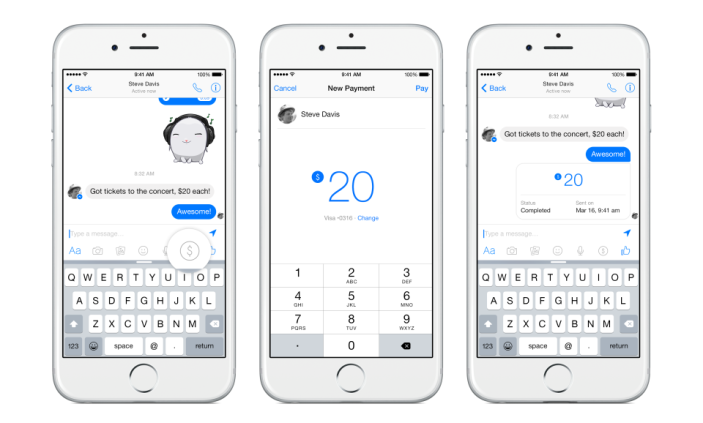 Facebook has today announced it is rolling out a new feature for users that will let friends send money to each other, through its Facebook Messenger app. Like similar services, a simple tap allows users to send a cash amount to their recipient in a single step.

Users must first associate a Visa or MasterCard debit card to their Facebook accounts. Then, a ‘$’ symbol appears in the Facebook Messenger user interface alongside the chatbox. Sharing credit card information with Facebook is a dangerous prospect for many people, although the company says it will not monetize the service ‘at this time’. For the time being, sending money has no charge per transaction above the cash amount you are sending.

When it launches, the feature will only be available to US residents. It is unclear whether Facebook plans to expand internationally. The Facebook Messenger payment feature was first revealed late last year, when a developer found the UI elements hidden inside the app. If you don’t want to wait for Facebook to actually release the announced feature, check out competing services like Square Cash — the idea of easily sending money to friends through an app is not particularly new.