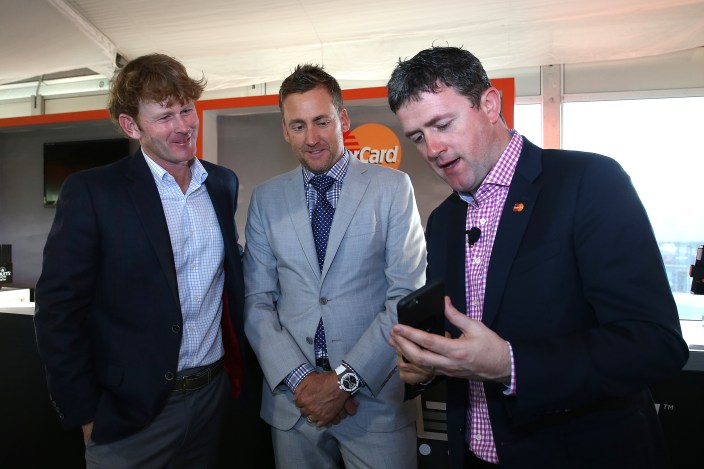 Apple Pay partner MasterCard used the PGA Tour kickoff in Phoenix earlier this year to promote Apple’s mobile payment service, and today MasterCard announced that Apple Pay will be accepted at the upcoming Arnold Palmer Invitational in Orlando, Florida. MasterCard says that almost all vendors at the golf event will accept Apple Pay and other contactless payment options for paying for merchandise and concessions.

MasterCard and the PGA TOUR debuted contactless payment acceptance at the Waste Management Phoenix Open in January, allowing spectators to use mobile payments platforms like Apple Pay for the first time at a TOUR event. At API, merchandise and concession terminals will be contactless enabled, allowing golf fans to make payments using Apple Pay and other NFC-enabled devices and services.

Vendors accepting Apple Pay won’t be exclusive to MasterCard card holders, of course, as the payment service supports Visa and American Express as well, and attendees can also take advantage of the Qkr! with MasterPass app to make donations from their smartphone to the Arnold Palmer Medical Center Foundation from any card.

The competition kicks off tomorrow at Arnold Palmer’s Bay Hill Club & Lodge in Orlando, Florida with broadcasts on the Golf Channel and NBC.

MasterCard also says cardholders using the payment method at the event including through Apple Pay could receive promotions through the company’s “Priceless Surprises” campaign. MasterCard has previously highlighted the promotion alongside Apple Pay through TV ad spots featuring the MLB World Series and artist Gwen Stefani.

Apple Pay is currently available for use in stores and venues with the iPhone 6 and iPhone 6 Plus with nearly 150 banks and credit unions active for the mobile payment service. Apple Pay will be available to even more people next month when the Apple Watch, which supports wireless payments, launches on April 24th.