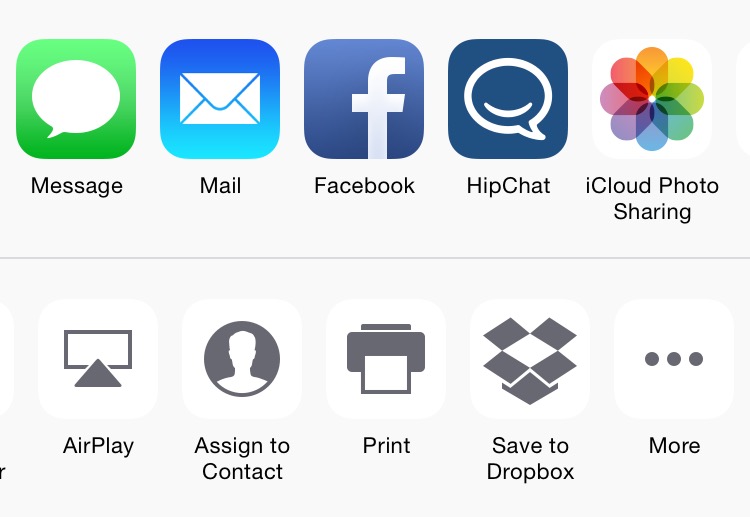 Update: An April 6, 2015 update to the app has re-enabled native sharing on iOS 8.3. It’s possible that this indicates Twitter changed something a little too early on its end, or a new 8.3 beta will introduce a change that pulls up a different extension when the app is installed.

Not only is the Twitter icon now missing from the share sheet in first-party apps like Photos and Safari, but from all third-party apps that use the native sharing option introduced in iOS 8. The change could just be a glitch, but it more likely suggests that Apple may be removing its in-house Twitter sheet in favor of something new…

With all of the changes Twitter has made to its media sharing options lately—from allowing multiple photo uploads and photo tagging to animated GIFs and full support for video—it seems logical to conclude that the social network decided Apple’s existing sharing features were simply too limited. The built-in iOS uploader, which hasn’t seen a new feature addition since it debuted in iOS 5, still only supports sharing one image at a time with no upgrades for video, GIFs, or user tagging. 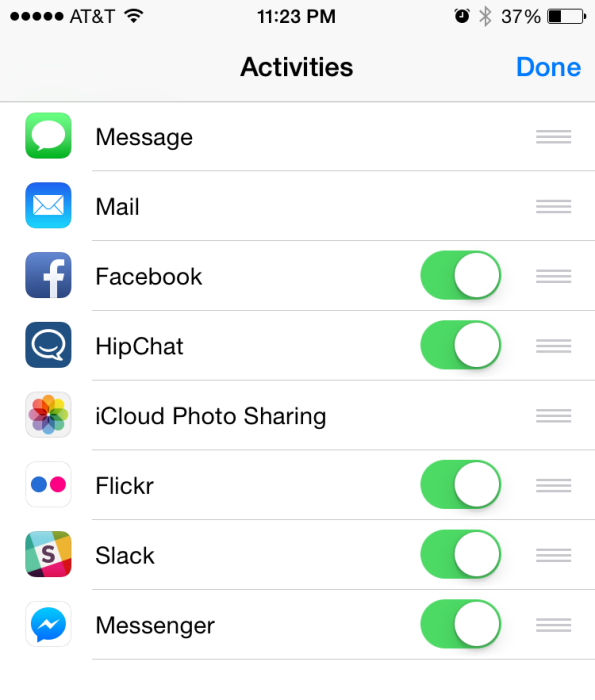 Sharing options in the Photos app on iOS 8.3 public beta 2

With the advent of iOS 8, app developers can now create their own sharing extensions that appear in the native social options right alongside the stock Mail, Facebook, and Messages applications. It would be in Twitter’s best interest to build its own extension that supported the latest features, providing a much more robust photo sharing feature directly from the Camera app and elsewhere.

An app-based extension would also allow Twitter to upgrade the share sheet on its own terms without the need for a full iOS upgrade. A quick install through the App Store could bestow the latest and greatest features on millions of users, while features in limited rollout or testing could be enabled on a per-user basis.

It would also allow users to preview a tweet before it goes live, much like what they currently see in the Twitter app when composing a new message.

There’s already a precedent for this type of move on Apple’s part. During the beta of iOS 6, Apple’s old-and-busted YouTube app vanished, only to be replaced by a much more useful offering directly from Google. As Apple continually opens up new parts of its operating system to developers, many built-in features that leverage third-party networks can be replaced by components created by those companies, allowing for more rapid iteration and a better overall user experience.

The only possible downside to this change would be for those who prefer third-party Twitter clients like Tweetbot or Twitterrific. It’s no secret that Twitter isn’t very fond of developers who choose to build alternatives to its software. By removing the option to share to the social network unless a user installs the official client, Twitter will force fans of other apps to at least put the official app on their phones, even if they don’t use it regularly. That could help juice Twitter’s numbers when selling “sponsored tweets” and appealing to investors.

Of course, this can be easily worked around by those same third-party app developers, who can (and should!) build similar sharing extensions into their own clients.

While it seems probable that Twitter intiated this change to help fill out the share sheet’s feature set, one must wonder if Apple will eventually request similar updates from its other social networking partners at Facebook, Flickr, and Vimeo to keep the sharing features up-to-date without having to rely on Apple engineers to do all the work.