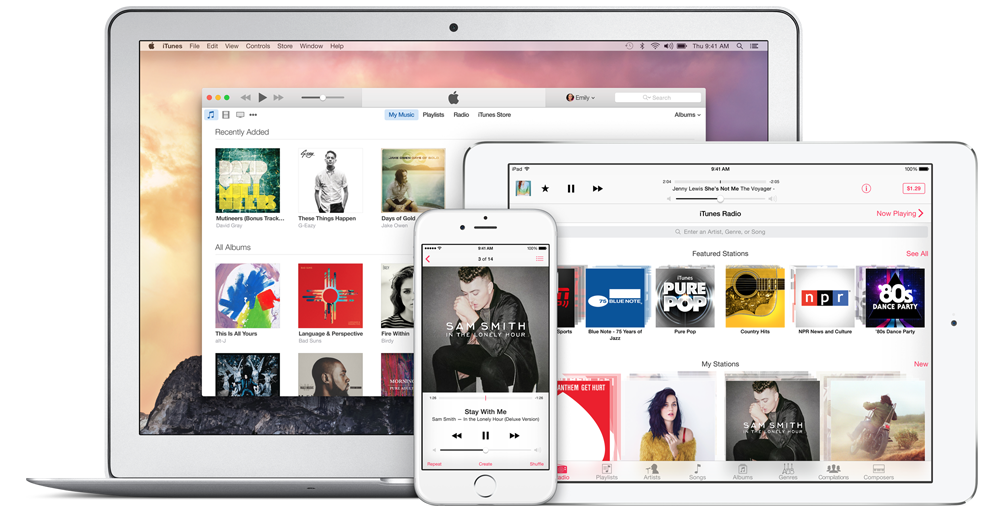 I was an early adopter of digital music (you hide your surprise well). I bought my first mp3 player in 1998, some three years before the first iPod. It cost a silly amount of money and stored exactly one album at a time in its 64MB (not GB) of flash memory.

Me being me, I went through a few different generations of mp3 player before Apple completely changed the game with the iPod. Ironically, by adopting a less sophisticated technology–a hard drive in place of flash memory–Apple created a far better product. One that allowed us to carry around 80 albums at a time. I bought one the day it went on sale, having by then finished ripping all my CDs to mp3.

When the 160GB iPod came out in 2007, I again bought one immediately. That was large enough to hold my entire music collection at the time. I not only carried it everywhere with me, I also plugged it into my hifi at home and to the AUX socket of my car stereo. At which point, I started wondering why I still had a wall full of CDs …

The thing is, those CDs had cost a lot of money. One of the trickier parts of what was an extremely amicable divorce had been dividing up the CDs we’d bought together. It seemed a little crazy now to think of them as just junk plastic.

But the truth was, I never opened the cases any more. All the music I listened to–at home, in the car and on foot–was on the iPod. The CDs were just taking up wall space for no good reason. Really, there was no justification for keeping them.

I couldn’t quite bring myself to throw them away: all that money! So I stashed them in the cupboard under the stairs, and there they sat for several years before I acknowledged that hanging onto them was a completely irrational act. Finally, maybe five years after I’d actually stopped playing them, I took a deep breath and put them into the trash.

Today, I’m wondering whether my continued insistence on owning my music is as irrational now as hanging onto a bunch of useless plastic discs was back then.

I have a Spotify account. As is often the case with technology, we get a little ripped-off in the UK, paying pound for dollar, so it costs me around $15/month. That’s still around the cost of buying one album a month, so to me it’s a no-brainer.

And yet, if I really like an album, and find myself listening to it a lot, I still buy it.

That’s not a wholly irrational thing to do. Artists probably make more money from me buying the album than they do from me frequently streaming it. There are places I can’t stream music, like on the London Underground, on planes–and when wandering around the streets of other countries (unless I want a data roaming bill on a par with Apple’s turnover). So there are arguments in favor of downloading rather than streaming.

But it is mostly irrational. I can stream music at least 98% of the time. I have unlimited data plans, both at home and on my iPhone. Spotify Premium allows me to save tracks for offline listening. And it’s not as if I have access to all of my downloaded music all of the time anyway these days: the 160GB iPod is long gone, so when mobile I only have those albums I store on my iPhone. So my transport and travel arguments don’t really hold much water.

There is one further argument in favour of owning music: the software. While I’ve had a love/hate relationship with iTunes over the years, I do like the Genius playlist function. A lot. I also habitually use Siri when mobile to control the Music app on my iPhone, because it’s a lot more convenient to tell her what artist or playlist I want than to take my phone out of my pocket and select it manually.

But if Apple’s rebranded Beats Music service is being integrated into iTunes on the Mac and the Music app on the iPhone, that argument also bites the dust. I’ll still have Genius–which will presumably now be able to combine downloaded and streamed music–and Siri will still be able to control the Music app.

I still wasn’t ready to make the shift last year, but I’m thinking 2015 may finally be the year. The year I admit to myself that there is no longer any convincing reason to own music instead of renting it, simply switching from Spotify to Apple’s service when it gets unveiled in June.

Are you planning to do the same? Do you still see reasons to own music rather than rent it? Or did you stop buying music years ago and can’t figure out why I didn’t do the same? Take our poll, and let us know your views in the comments.