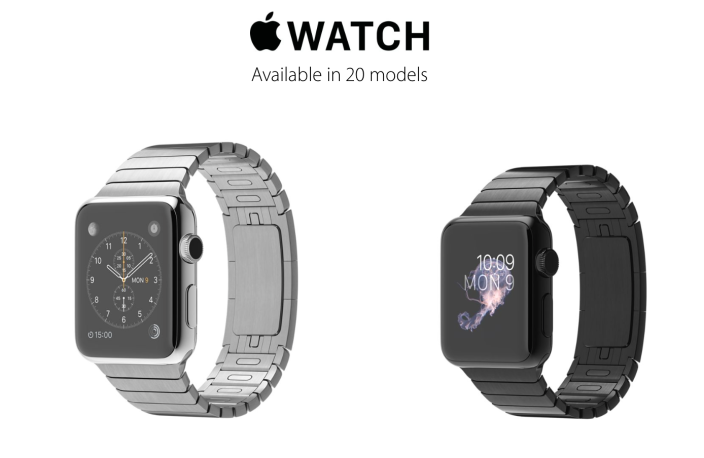 Update: Shipment dates are all over the place for the Apple Watch. Many models are already showing delivery dates in June, while the Edition shows an August arrival date. Some 12-inch MacBook models still ship in 1-3 business days.

The Apple Watch starts at $349 for the Sport model, $549 for the Watch, and $10,000 for the Edition. Apple confirmed recently that Watch orders will only be taken online during the initial launch period. The company expects demand for the device to significantly outstrip supply, causing availability for many, if not all, models to be scattered. Some users who pre-order tonight will receive their units on launch day, which is April 24th. Many, however, will have to wait longer for their unit.

Reviews of the Apple Watch were posted earlier this week. Many reviewers claimed that while the device is the best smartwatch yet, it’s not an essential purchase for most customers.

Reviews of the 12-inch MacBook were also posted earlier this week, with users praising the device’s ultra thin design and sharp Retina display. Reviews also, however, pointed to the lack of ports and mediocre performance as reasons the MacBook may not be ready for everyone at this point.

Again, pre-orders for the Apple Watch are now live on Apple’s online store, as well as the Apple Store app on iOS. Sales of the 12-inch MacBook are also now live via both sources. As usual, however, your results may vary. Keep refreshing and don’t give up…